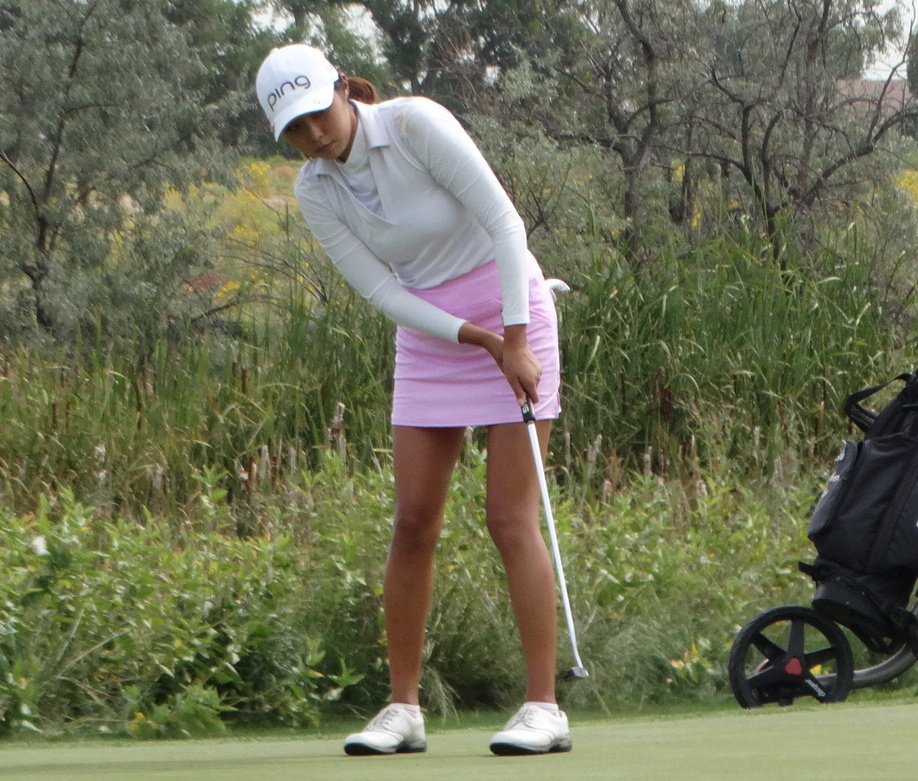 Esther Lee has become a top-10 machine on the Symetra Tour, and as a result the former University of Colorado golfer soon may own an LPGA Tour card.

On Sunday, Lee tied for third in the Sioux Falls Greatlife Challenge in Sioux Falls, S.D., marking her eighth top-10 showing — and fifth top three — in 17 Symetra tournaments this season.

With $75,136 and just four events remaining in the Symetra season, Lee stands in eighth place on the season-long money list. The top 10 on that list after the Symetra Tour Championship on Oct. 6 will be awarded LPGA Tour cards for 2020. Fellow former Buff Jenny Coleman is 10th at $63,049.

On Sunday in South Dakota, Lee closed with a 5-under-par 65 — the same score as she posted in the first round — to finish at 9-under 271. That was four strokes behind champion Patty Tavatanakit, who beat Yujeong Son in a playoff.

Oh Noh, Part II: Three months ago, then-17-year-old pro Yealimi Noh had one of the most inexplicable finishes in the history of the CoBank Colorado Open Championships as she came to the 18th hole with a three-stroke lead in the Colorado Women’s Open, made a quadruple-bogey 9 and then lost in a playoff to Coloradan Becca Huffer.

Putting two balls in the penalty area on the 18th hole at Green Valley Ranch Golf Club ended up costing the Concord, Calif., more than $38,000 — the difference between first and second place.

But as painful as that might have been for Noh, it no doubt paled in comparison to what happened Sunday in the Cambia Portland Classic, the LPGA Tour event for which Noh had Monday qualified.

Noh, now 18, could have earned her LPGA Tour with a victory. And she led by three with just four holes remaining. But bogeys by her at 16 and 18, combined with birdies by Australian Hannah Green on 15 and 17, resulted in a comeback victory for Green and another stinging runner-up showing for Noh.

Noh was attempting to become just the third Monday qualifier ever to ever an LPGA Tour event. But she can take some consolation in earning a Sunday paycheck of $119,765.