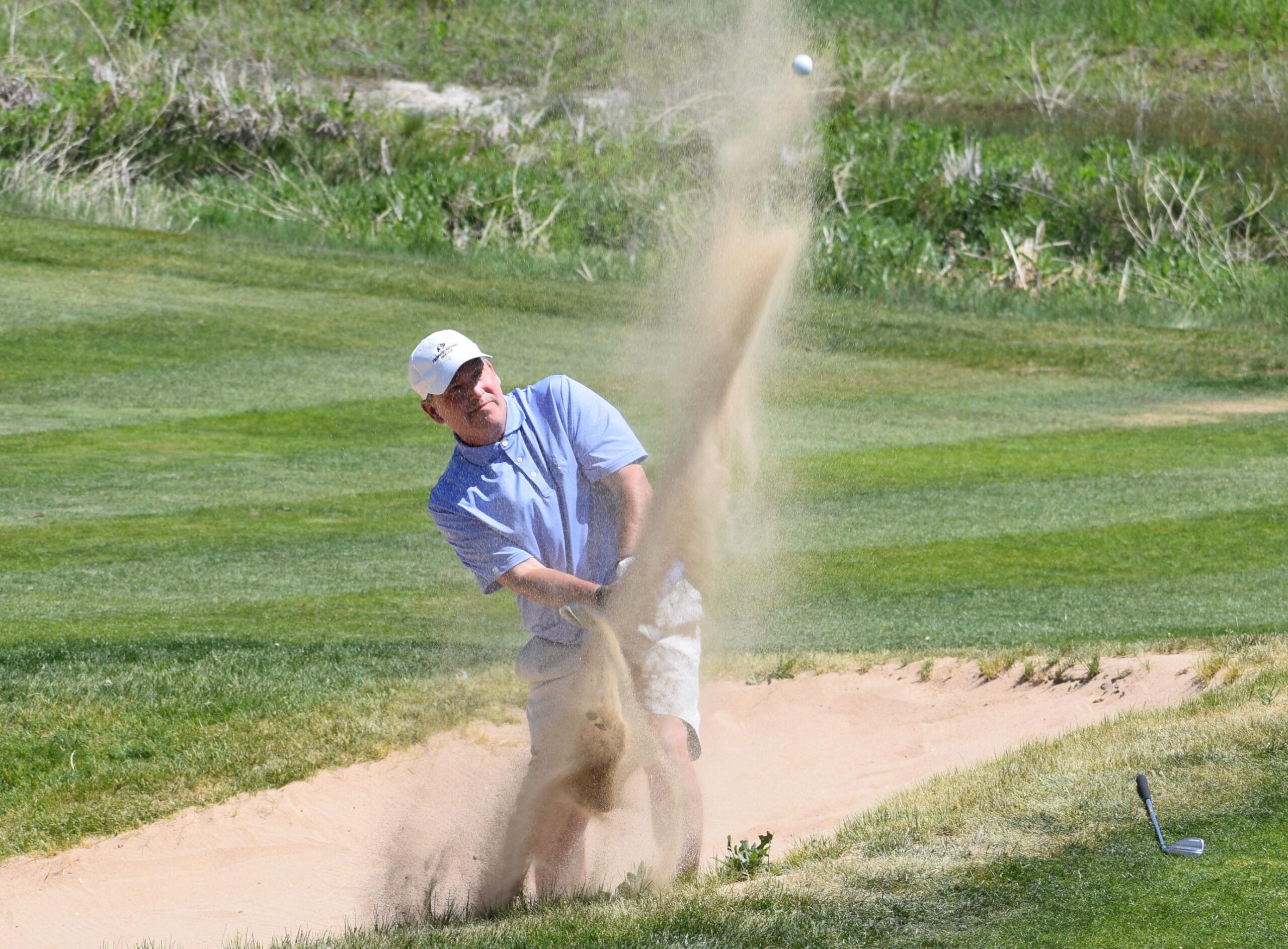 Steve Ivan hasn't had a match extend past the 15th hole this week at Black Bear Golf Club.

Defending champion Steve Ivan of Patty Jewett Golf Course continued to be dominant through three days of the 52nd CGA Senior Match Play, but 2018 winner John Hornbeck of Wyoming was ousted in a marathon round-of-16 matchup at Black Bear Golf Club in Parker.

Brian Harris of Denver Country Club defeated Hornbeck by making a birdie on the 22nd hole. It was only the second time that Harris led in the match.

That leaves three former champions in the quarterfinals of the Senior Match Play.

Ivan, who is seeking his third consecutive title in CGA senior majors, on Wednesday defeated CGA executive director Ed Mate in the round of 16, 5 and 3. That comes after Ivan won his pod-play matches 7 and 6, 8 and 7, and 8 and 7.

Other past champs who won their four-man pod on Wednesday morning, then prevailed in the round of 16 in the afternoon were Harry Johnson of Eagle Ranch Golf Course (the 2013 winner), and Robert Polk of Colorado Golf Club (2009). Johnson defeated Bob Schuler of Overland Park Golf Course 4 and 2 in the round of 16, while Polk beat Bob Kubiak of South Suburban Golf Course 6 and 4.

Meanwhile, in a matchup of current and past CGA presidents, Bill Fowler of The Club at Rolling Hills topped current president and Colorado Golf Hall of Famer Kent Moore of Cherry Hills Country Club, 4 and 3.

Also moving on to the final eight on Wednesday were former CGA Senior Player of the Year Sean Forey of The Club at Rolling Hills, Victor Minovich of Foothills Golf Course and Des Flynn of Overland Park Golf Course.

In Thursday morning’s quarterfinals, Ivan will face Harris, Fowler will meet Forey in a Rolling Hills matchup, Johnson will take on Minovich, and Polk will play Flynn.

The CGA Senior Match Play, which is limited to competitors 55 and older, will continue through Friday, when the 18-hole final is scheduled. Both the quarterfinals and semifinals are set for Thursday.