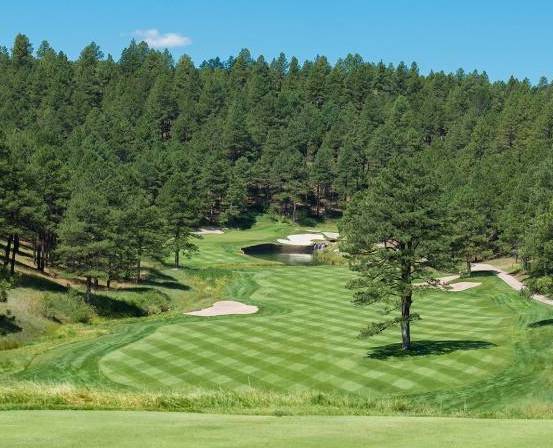 Handful of golfers will attempt to qualify for 2 USGA championships in 2 weeks as Thorncreek hosts U.S. Women’s Mid-Am qualifying

Five golfers who qualified in Colorado last week for the U.S. Senior Women’s Amateur will try to double up on their late-season USGA championship fun by qualifying on Thursday for the U.S. Women’s Mid-Amateur.

A field of 19 players will compete at Thorncreek Golf Course in Thornton for six spots in the Women’s Mid-Am, which is set for Forest Highlands Golf Club (pictured) in Flagstaff, Ariz., from Sept. 14-19, three weeks after the U.S. Senior Women’s Amateur is scheduled in Cedar Rapids, Iowa.

The five Senior Women’s Am qualifiers in the field at Thorncreek are Colorado Golf Hall of Famers Janet Moore and Christie Austin, along Marilyn Hardy, Tiffany Maurycy and Kathy West.

Moore and Hardy advanced to the match play round of 32 at last year’s Women’s Mid-Am. Another of those in the Thorncreek field this week, Staci Creech of Englewood, also qualified for last year’s national championship.

Moore has earned spots in the last 11 U.S. Women’s Mid-Amateurs, and Hardy once made the semifinals in the national event.

Also scheduled to compete at Thorncreek are 2005 Colorado Women’s Open champion Erin Houtsma, and Susie Roh of Denver, who qualified for the U.S. Women’s Mid-Am in 2016 and ’17, making match play the second year. Both are former pros.

Likewise among those playing at Thorncreek are two golfers from out of state who qualified in Colorado for the 2018 U.S. Women’s Mid-Am: Annette Gaiotti of Park City, Utah and Jennifer Delgadillo of Horizon City, Texas.

The U.S. Women’s Mid-Amateur is limited to players 25 and older.