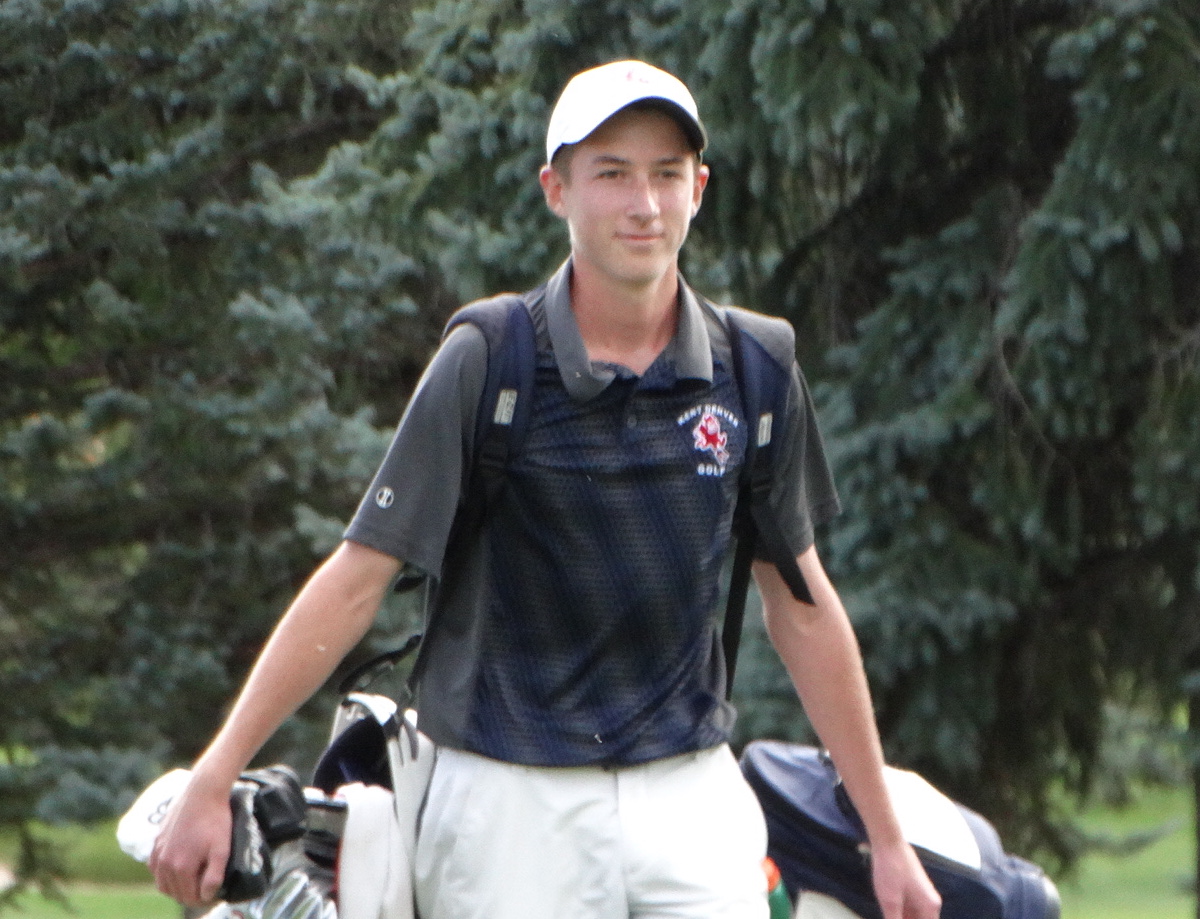 The top dozen seeds on the boys side won their opening matches — though the No. 1 seed needed a late rally — and the top six girls who played did likewise on Monday at the Colorado Junior Match Play at Lake Valley Golf Club in Niwot.

Jackson Klutznick of Denver, the top seed on the boys side, advanced with a 2-and-1 victory over No. 32 Cameron Hunt of Boulder. But Hunt was 4 up through five holes and led the winner of the 2018 Junior Golf Alliance of Colorado Tour Championship and 3A state boys high school state tournament 1 up through 13 holes.

However, Klutznick (pictured), who made three double bogeys in the first four holes, won 14, 15 and 16 and halved 17 to prevail. He went 2 under par during that stretch.

On the girls side, the top five seeds had opening-round byes, while No. 27 Reece Bandemer of Loveland moved on via concession vs. No. 6 Sydney Eye of Golden.

The biggest upset in the girls bracket, according to seeding, was two-time Drive, Chip & Putt national finalist Caitlyn Chin of Greenwood Village, the 20th seeded, beating No. 13 Kaitlin Zingler of Lakewood with a par on the 19th hole. It was Chin’s first lead of the day.

The top seeds on the girls side will be in action beginning on Tuesday, including No. 1 Caroline Jordaan of Greenwood Village, a University of Denver signee, and No. 2 Sofia Choi of Littleton.

In both the boys and girls brackets, the round of 16 and the quarterfinals are scheduled for Tuesday, while the semifinals and title matches are set for Wednesday.