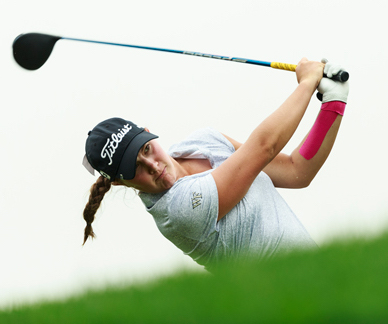 When a “watch list” for the Annika Award — which is presented at season’s end to the top female player in college golf — was released on Friday, one name was conspicuously absent.

That would be Westminster resident Jennifer Kupcho, the senior at Wake Forest. Twenty players were on the Annika watch list, but not Kupcho.

— The defending NCAA individual champion, a player who has placed sixth, second and first at the NCAA championships during her first three years of college golf.

— The No. 1-ranked women’s amateur in the world.

— A player who finished second in the eight-round Q-Series in November, easily earning her LPGA Tour card.

Granted, Kupcho’s college results this season had been good but not great as she placed between ninth and 24th in all four of her tournaments. But given all of the aforementioned — and that she’s won seven times in her college career — she certainly deserves to be watched in the player of the year race.

The Coloradan proved as much on Sunday with a season-best second-place finish against a very strong field at the Darius Rucker Intercollegiate in Hilton Head Island, S.C.

Kupcho posted rounds of 69-68-73 for a 3-under-par 210 total at Long Cove Club that left her six strokes behind winner Frida Kinhult, a freshman from Florida State who is having one of the best seasons in women’s golf in 2018-19.

Kupcho made three birdies on Sunday, giving her 10 for the tournament.

It was the 19th top-five finish of Kupcho’s college career.