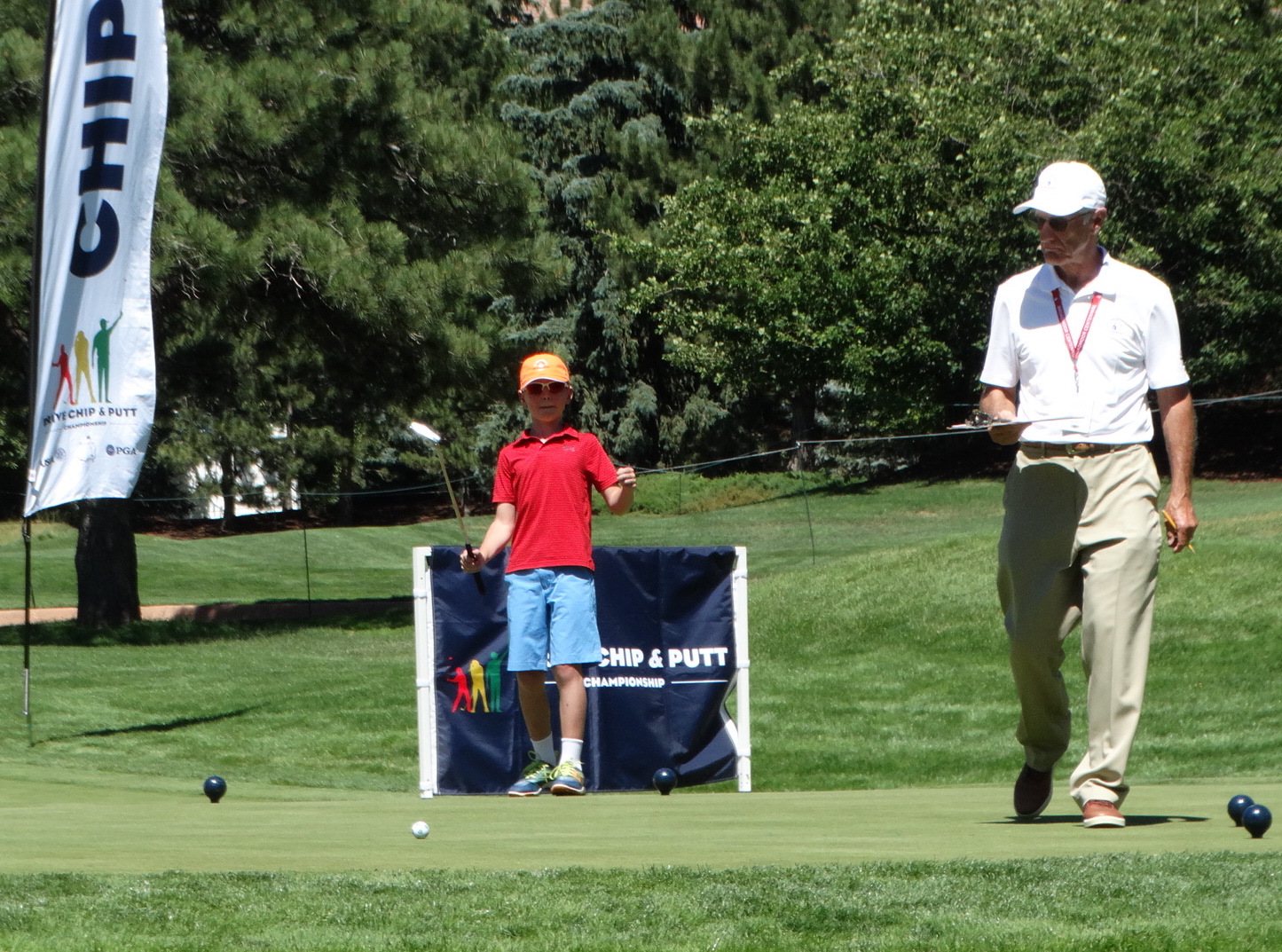 The year 2019 will go down as a big one for the Drive, Chip & Putt youth golf development initiative in Colorado.

First, a record-tying three Colorado junior golfers will compete in the 2019 DCP Finals, which will be nationally televised April 7 at Augusta National on the eve of Masters week.

That includes Caitlyn Chin of Greenwood Village (girls 10-11 division), who also qualified for the 2016 DCP Finals. Also making the treasured trip will be Chunya Boonta of Centennial (girls 12-13) and Grady Ortiz of Colorado Springs (boys 7-9).

To put Colorado’s three National Final qualifiers into perspective, only seven states will have more representatives at Augusta National: California and Florida (seven each), Georgia (six), Texas and Illinois (five each) and New Jersey and New York (four each).

Ten players in each age/gender division will be in the national field at Augusta, and if a Coloradan places in the top five there, that would be a first.

But that’s only part of the reason this year is especially important for the DCP in Colorado.

The other is that, when 2019-20 DCP registration was opened last week and the schedule was finalized for this season’s competition, the Junior Golf Alliance of Colorado and a Colorado facility were named hosts for a Regional Qualifying event for the first time ever. Colorado Golf Club in Parker will do the honors on Sept. 8, less than a week before the course will host the U.S. Mid-Amateur Championship.

There are three qualifying stages for Drive, Chip & Putt: Locals, Sub-Regionals and Regionals. At each of 10 Regional Qualifiers, the winners of each age/gender division advance to the DCP Nationals at Augusta on April 5, 2020. For instance, Chin, Boonta and Ortiz advanced at a Regional Qualifier in St. Louis last fall.

That will mark the seventh season of DCP, and while Colorado facilities have hosted Local and Sub-Regional Qualifying plenty of times before, 2019 will be the first year for the Colorado-based DCP Regional.

In the last few years, Coloradans have competed in DCP Regionals at Riviera in Pacific Palisades, Calif., Southern Hills in Tulsa and Bellevieve in St. Louis.

In earlier stages of DCP qualifying this year, the JGAC will host 10 Local Qualifying events and two Sub-Regionals (see below).

In DCP events, contestants score points in each discipline — driving, chipping and putting — which are added together for a cumulative total.

In all, 40 boys and 40 girls will compete in the National Finals of the DCP, which is sponsored by the Masters, the USGA and the PGA of America. The competition is limited to players 7-15.

For more information and/or to register for a 2019 DCP qualifying event, CLICK HERE.

Here are the Colorado sites at which the Junior Golf Alliance of Colorado will conduct 2019 DCP qualifying events:

May 29 — The Golf Club at Bear Dance in Larkspur

June 11 — The Club at Flying Horse in Colorado Springs