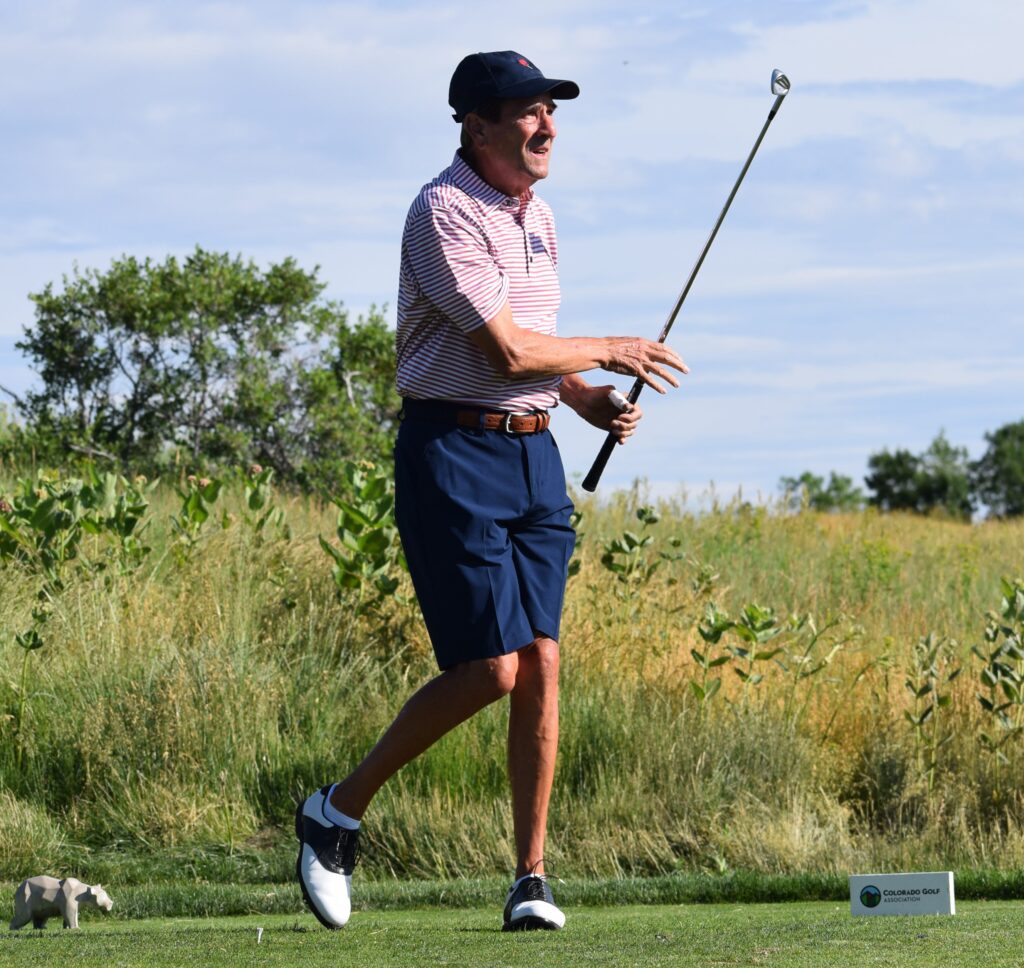 Robert Polk is after his 15th CGA championship title.

Since 2002, when Colorado Golf Hall of Famer John Olive swept the CGA’s senior major championships for the second straight year, three people have won both the CGA Senior Match Play and Senior Amateur in the same calendar year.

Robert Polk of Colorado Golf Club is one of those to accomplish that feat. He completed the 2009 sweep at Cornerstone Club south of Montrose.

Now, 12 years later, Polk is in position to repeat that accomplishment — and at the same course.

Winner of 14 CGA championships overall, Polk increased his lead by one on Wednesday — to four strokes. He matched the best round of the day with a 2-over-par 74 to check in at 1-under 143 going into Thursday’s final 18.

Polk rebounded from a rough start on Wednesday — after going bogey, bogey, double bogey the first three holes and 5 over par through eight — by playing his final 10 holes in 3 under. Overall for the day, the four-time Senior Am champ made five birdies, five bogeys and a double bogey. He posted three 2s on his card.

Two other super-seniors — players over 65 — are Polk’s closest pursuers through 36 holes. Sean Forey of The Club at Rolling Hills sits in second place, trailing by four after a second-round 75. And David Nelson of Columbine Country Club is third, six behind Polk following a 77. Forey made three birdies on Wedenesday and Nelson two.

The 36-hole cut left the 44 players at 24 over par or better advancing to Thursday.