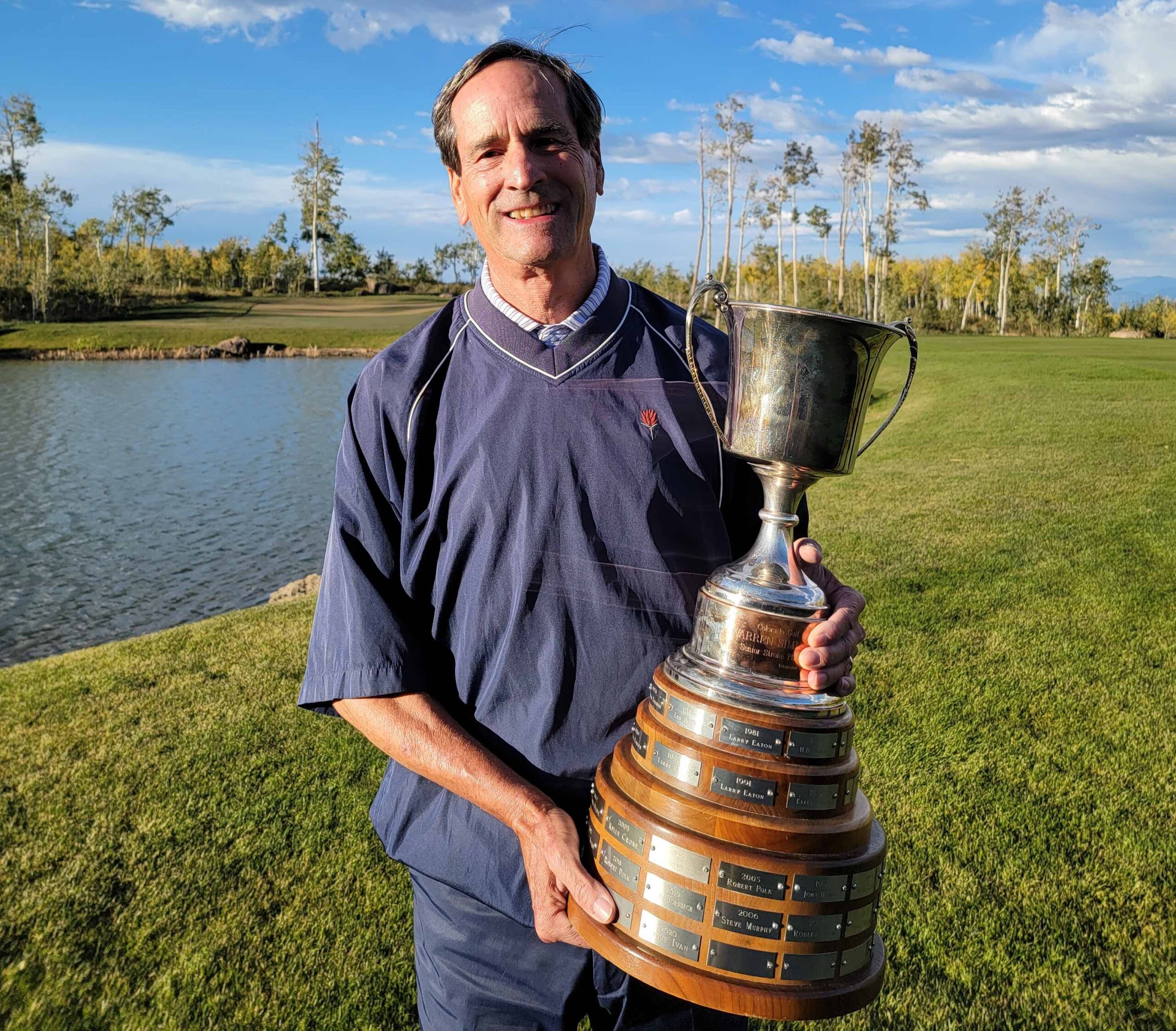 At age 66, Robert Polk was 12 years older and more accomplished than he was in 2009, the last time he swept the CGA senior major championships in a calendar year.

But there he was Thursday doing it again at an age most golfers find their skills deteriorating. And fittingly, as was the case in 2009, he completed his single-season sweep by winning the CGA Senior Amateur at Cornerstone Club in the high country south of Montrose.

“To win at that golf course twice is really, really special,” said Polk, a member at Colorado Golf Club. “It really is a spectacular place.

Polk’s stellar level of play continued in the 50th CGA Senior Am. Let’s count the ways:

— Since 2002, a single player has won both the CGA Senior Match Play and CGA Senior Amateur in the same year four times, and Polk alone has done it twice (2009 and 21), as noted both times culminating at a Senior Am at Cornerstone. For the record, the other two players who have accomplished the feat since 2002 are Steve Ivan of Patty Jewett (2020) and Harry Johnson of Eagle Ranch (2013).

— Though CGA records aren’t definitive on the matter, Polk is believed to be the oldest champion of any CGA senior major, likely breaking his own record that he set when claiming the CGA Senior Match Play in late June. Former state senator Les Fowler won the CGA Senior Amateur title at age 65 in 1989.

As to the key to his ongoing success, Polk said, “Persistence. I’m too stupid to quit. I have to keep playing. I enjoy it and I’m still fired up about it. To get out there and try to see if you can hit it when it really means something to you is still real important to me. This one means an awful lot. They all do.

“But In some ways I think I’m a much better player today than I was in the past. I think I have more control over myself than I have in the past.”

Polk followed up his 3-under-par 69 in Tuesday’s first round — which turned out to be the only sub-par score of the tournament — with a 74 and a 75 to finish at 2-over-par 218. On Thursday, he made two birdies and five bogeys. For the three-round event, he carded 11 birdies, 11 bogeys and a double bogey.

Cornerstone “is a great test and the scenery is spectacular,” he said. “They treated us unbelievably well. The membership and the ownership at Cornerstone could not have been nicer to all of us. They were extra special.

“We don’t always get to play great golf courses like that. Golf takes us to some amazing places and we’re extraordinarily fortunate to be able to play in such great places. Cornerstone is very, very special.”

Beyond that, Polk was very pleased to play the way he did this week after struggling mightily (81-83) at the U.S. Senior Amateur in Detroit late last month.

“I got to Detroit expecting to do great things in the (U.S.) Senior Amateur and I just completely laid an egg,” he said. “… But holding it together here on an extremely difficult golf course was very satisfying.”

Appropriately, Ivan finished second on Thursday. In the last four CGA senior majors, Polk and Ivan ended up 1-2, with Ivan winning twice in 2020 and Polk twice in 2021.

Ivan matched the best score of the final round by shooting a 73, checking in at 8-over 224 overall. He made four birdies and five bogeys on Thursday.

Tom Musselman, playing his home course at Cornerstone, tied for third at 227 with Sean Forey of The Club at Rolling Hills and David Nelson of Columbine Country Club. Musselman, the 2014 CGA Senior Match Play champ, closed with a 75, while Nelson shot a 78 on Thursday and Forey an 80.

But Polk, who took a four-stroke lead into the final round, wasn’t greatly challenged on day 3 as he played his first 10 holes in even par.

“It blew hard this afternoon,” he said. “That golf course was a beast. It was hard. And I think they’re some of the fastest greens I’ve ever putted. They are extraordinarily fast. And you can be on the green and have no chance at two-putting. Some of the putts break as much as they are long. They’re every bit as fast — or maybe even faster — than (Colorado Golf Club) greens, which I think are always very fast and challenging.”