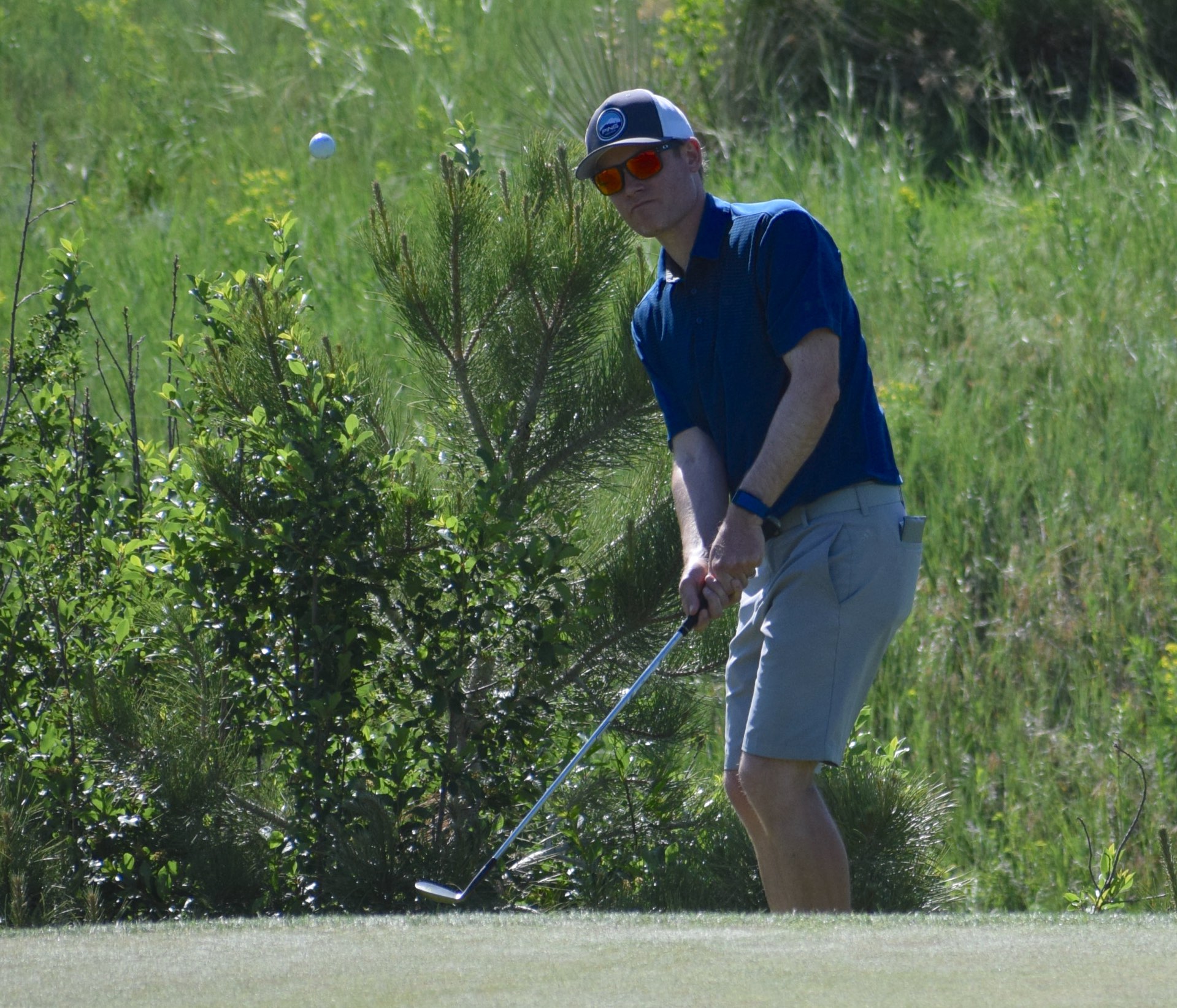 Chris Thayer is 8 under par for his last 21 holes.

There’s no such thing as a sure bet in high-level sports, but some are surer than others.

For example, going into the 35th CGA Mid-Amateur Championship, one that would have fallen into the highly likely category was Chris Thayer of Golden being in contention for the title on the final day.

Not only has Thayer won the Mid-Am three times in the past seven years, but on the four occasions he hasn’t won, he’s placed either second or third.

So it’s no surprise at all to find Thayer atop the leaderboard through two rounds of the 2021 Mid-Am at City Park Golf Course in Denver.

Despite bogeying his first two holes on Saturday, Thayer shot a 5-under-par 65 and grabbed a one-stroke lead on his two Saturday playing partners, Matthew Zions and Nick Ellis.

Thayer made eight birdies in round 2, including four straight starting on No. 13. He’s played his last 21 holes in 8 under par. Through 36 holes, he’s carded 13 birdies and five bogeys, giving him an 8-under 132 total.

But there are still plenty of hurdles to overcome as the top 13 players are separated by five strokes or fewer.

Zions, a former University of Colorado golfer who won once on the European Tour before getting his amateur status back, and Ellis have both gone 66-67 this weekend to trail Thayer by one. And, like Saturday, the three will be paired on Sunday.

Zions made four birdies and a bogey on Saturday, while Ellis carded five birdies and two bogeys.

Blake Trimble of Columbine Country Club, who finished fifth at the 2020 Mid-Am, sits in fourth place this year at 134 after a pair of 67s.

Bryan Rusin of Overland Park Golf Course, who led after a first-round 63, dropped back to 10th place after posting a second-round 74.

The 41 players who were at 3-over 143 or better made the 36-hole cut and advance to Sunday’s final round.

The Mid-Amateur is limited to players 25 and older. For all the scores from City Park GC, CLICK HERE.