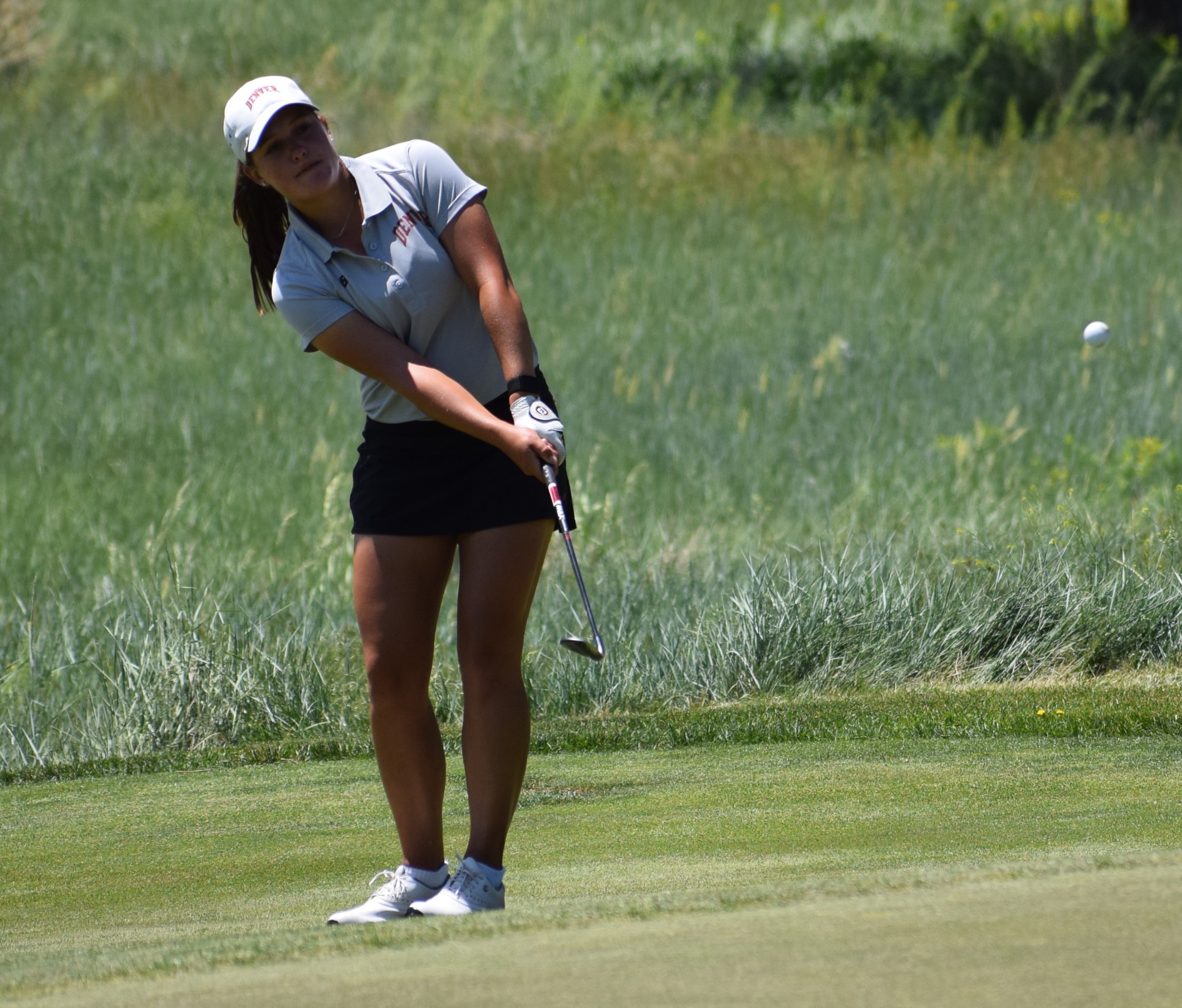 Caroline Jordaan was a semifinalist in the CGA Women's Match Play earlier this month.

Caroline Jordaan of Cherry Hills Country Club made a run at the title in the CGA Women’s Match Play earlier this month, but fell a bit short, falling in the semifinals.

But the University of Denver golfer appears determined to give it another go this weekend as the 74th CGA Women’s Stroke Play is being contested at Boulder Country Club.

Jordaan shot a 1-over-par 71 Friday at BCC to grab a one-stroke lead after the first round of the 54-hole event. In the first group to tee off, the former state high school and Colorado Junior Match Play champion birdied two of her first three holes and finished with two birdies and three bogeys on the day.

Four players, including Boulder Country Club member Kelsey Webster, who is transferring from the University of Colorado to Oregon State, posted 72s on Friday and trail by one. Also sharing second are CU’s Hailey Schalk and Issy Simpson, and Ashley Kozlowski of Purdue and The Club at Ravenna, who finished fifth in the women’s Southwestern Amateur last week.

Kozlowski chalked up four birdies on Friday, Schalk and Webster three each and Simpson two.

In all, 13 players sit at 75 or better going into Saturday. That includes Leigha Devine (75) of Rutgers and Ptarmigan Country Club, who won the CGA Women’s Match Play the week after competing in the U.S. Women’s Open.

Defending Stroke Play champion Aubri Braecklein, who won the 3A girls state high school title on Tuesday, opened with a 77.

In the second annual CGA Women’s Mid-Amateur Stroke Play, being held concurrently with the open-age division, Kristine Franklin of The Ranch Country Club took a two-stroke lead by shooting a 4-over-par 74 on Friday. Franklin, the CGA Women’s Senior Player of the Year each of the last three years, carded two birdies and six bogeys on day 1.

The only other two players in the mid-amateur competition — which is limited to golfers 25 and older — to shoot in the 70s on Friday were Kathy Malpass of Hiwan Golf Club and Katherine Scott of Wellshire Golf Course, each of whom opened with a 76.

For all the scores from BCC, including the flighted divisions, CLICK HERE.

Play will continue through Sunday.