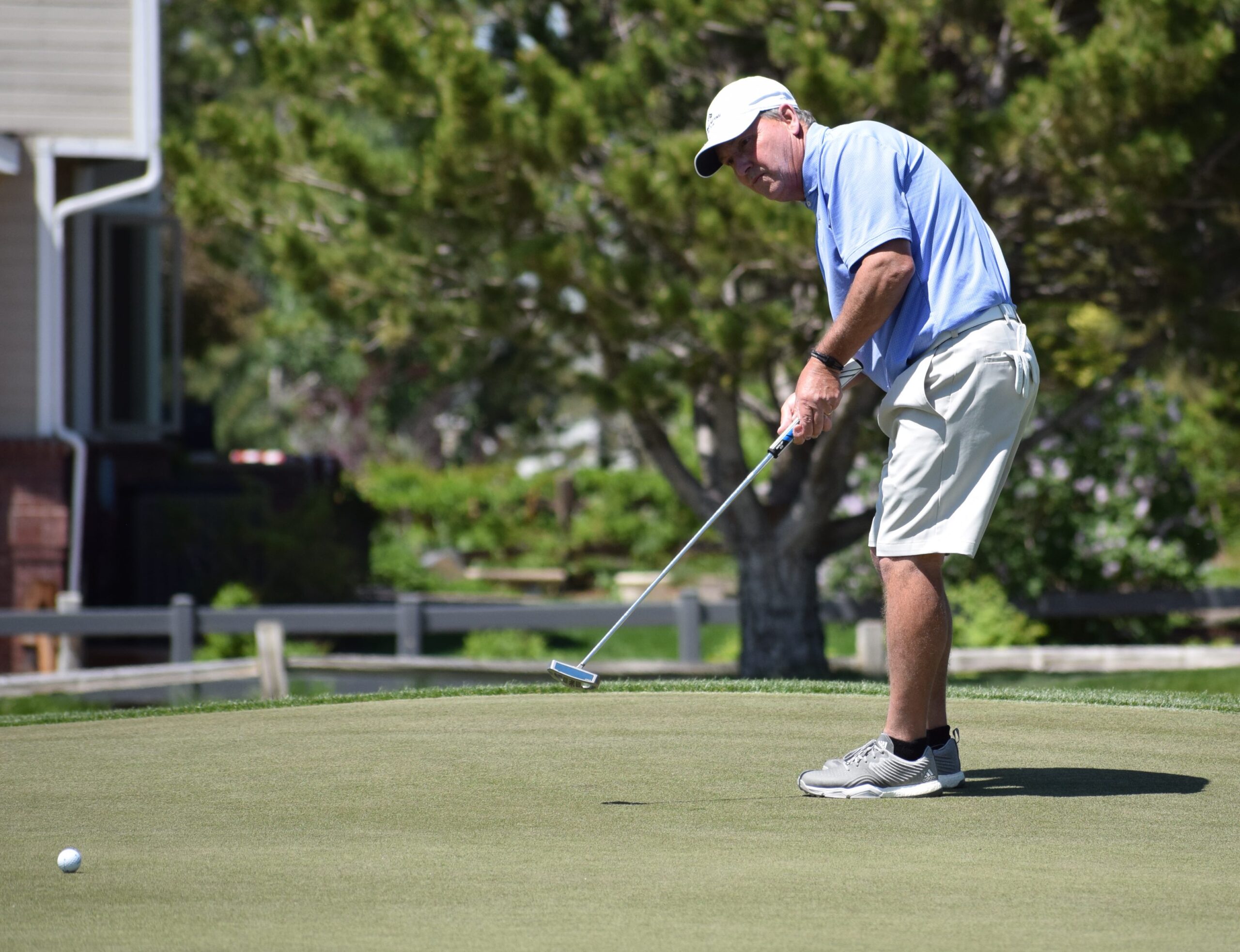 Steve Ivan is attempting to defend his title this week at Black Bear Golf Club.

Steve Ivan of Patty Jewett Golf Course, bidding for his third consecutive title in CGA senior majors, prevailed easily on Monday, 7 and 6 over Dennis Fox of Blackstone/Black Bear. Also cruising in his first match was 2018 winner John Hornbeck, a Wyoming resident who posted an 8-and-7 victory over Bryan Tutor of Dos Rios Golf Club. And 2019 champion Scott Sullivan of Bookcliff Country Club scored a 3-and-1 win over David Draper of Green Valley Ranch Golf Club.

Win or lose on Monday, players are guaranteed at least three matches, with the winner of each four-person pod after Wednesday morning’s third set of matches advancing to the knockout stage, which begins with the round of 16 on Wednesday afternoon.

Also among those who won their openers on Monday were three-time CGA Senior Player of the Year Robert Polk of Colorado Golf Club (2 up over Robert Cloud of CommonGround Golf Course), and Colorado Golf Hall of Famer Kent Moore of Cherry Hills Country Club (4 and 2 over Brian Woody of the Ridge at Castle Pines North).

The CGA Senior Match Play, which is limited to competitors 55 and older, will continue through Friday, when the 18-hole final is scheduled.