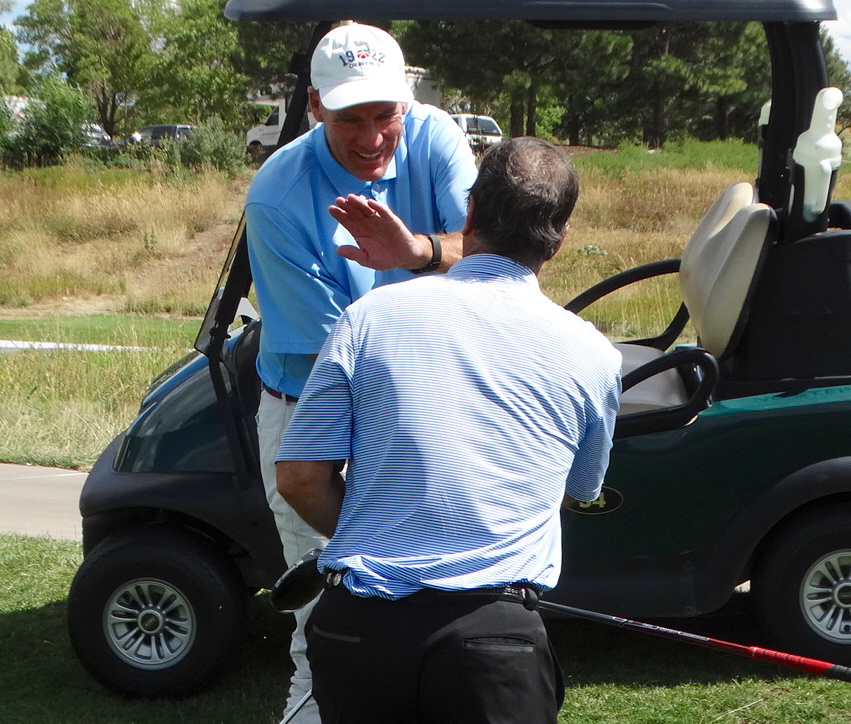 John Ogden was instrumental in bringing the 2023 U.S. Amateur to Cherry Hills Country Club. But it turns out the PGA head professional at the club south of Denver won’t be around so see the fruits of his labor.

Ogden said on Thursday that he has left his job at Cherry Hills — certainly one of the most prestigious in Colorado — to take a position at a club that likewise has considerable panache: Muirfield Village Golf Club in Dublin, Ohio.

Among the many things going for Muirfield Village GC is that it was founded and co-designed by Jack Nicklaus, and that it annually hosts the Memorial Tournament, one of the PGA Tour’s most prestigious tournaments outside the major championships.

Ogden’s final day at Cherry Hills was almost three weeks ago, and he plans to start his new job as PGA director of golf at Muirfield Village in April. The course is currently undergoing a Nicklaus-led renovation that will keep the facility closed until next spring.

“I got to live my dream” as PGA head professional at Cherry Hills, said Ogden, who took over as head pro at the club in 2008. “They were the best 13 years of my life. I’ve been so blessed. But I’m excited to work with Mr. Nicklaus,” owner of a record 18 major championships as a pro.

Ogden, 53, has been a highly respective PGA professional in Colorado for nearly a quarter-century. He was an assistant to Rudy Zupetz at Sanctuary for four years, an assistant to Clayton Cole at Cherry Hills for another four years, then the head professional at the Country Club at Castle Pines for three years before being the head pro at Cherry Hills for 13.

During Ogden’s time as head pro at Cherry Hills, the club has hosted the 2014 BMW Championship PGA Tour playoff event, the 2012 U.S. Amateur and the 2009 Palmer Cup. In addition, Ogden has always taken pride in the caddie program at Cherry Hills — by far the largest in the state — and the many Evans Scholars it has produced, along with the Cherry Hills assistant pros who have gone on to be head professionals and directors of golf at other courses.

Ogden was named the Colorado Golf Hall of Fame’s Golf Person of the Year for 2012 — following that year’s U.S. Am — and currently serves on the Hall’s board of directors. He also earned the Colorado PGA’s Private Merchandiser of the Year honor on three occasions (2006, ’09 and ’14).

As a player, Ogden showed his chops by winning the 2017 Colorado PGA Professional Championship — the Section’s top tournament — as a 50-year-old. He earned $8,000 for that victory — and promptly donated half of that total to the Colorado PGA REACH Foundation.

Ogden, a former University of Kansas golfer, also has the distinction of once beating John Daly to win the Missouri Open.