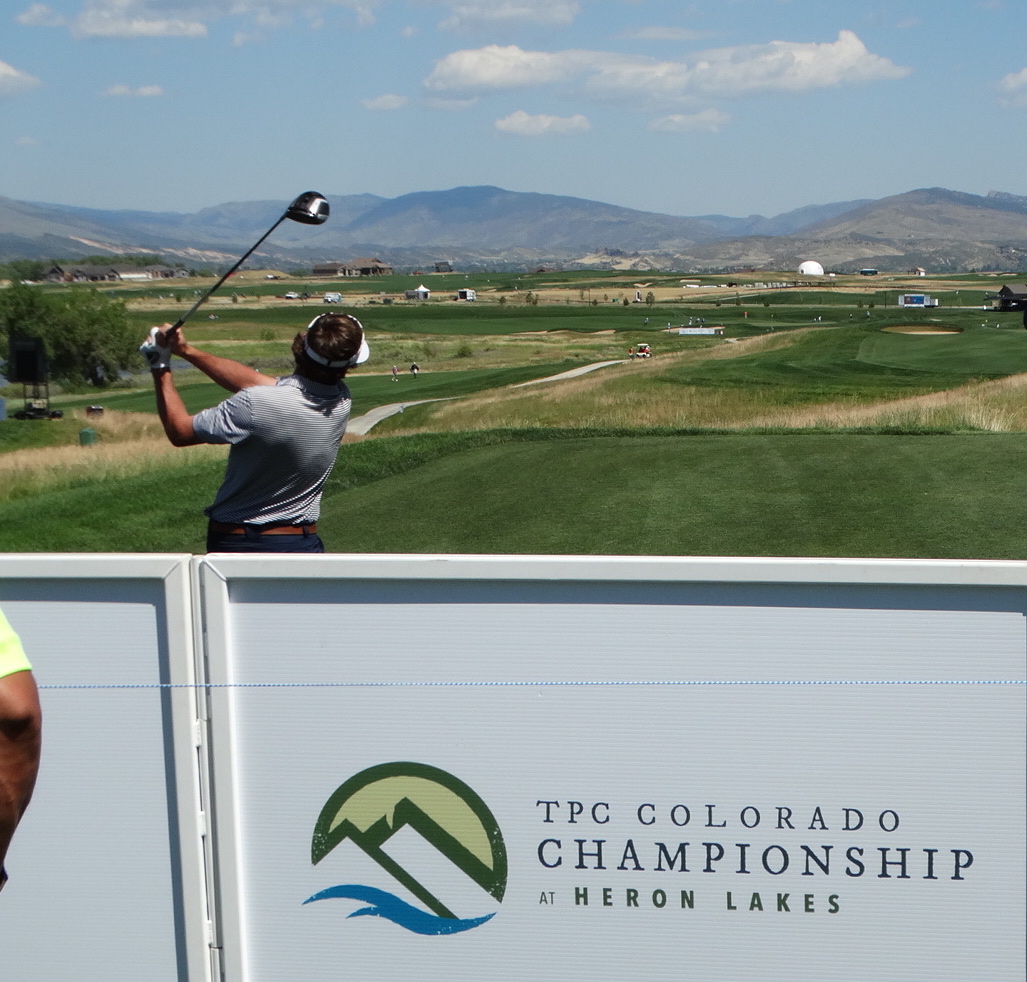 Next week’s second annual TPC Colorado Championship at Heron Lakes in Berthoud will have a decidedly different look than the inaugural version.

That comes with the territory when the general public won’t be allowed to attend the event, which will be the case when the tournament is held July 1-4 at TPC Colorado. As has been the case with many significant sports event — including the early tournaments following the return of Korn Ferry Tour action — safety concerns related to Covid-19 have nixed fans on site. This comes after last year the TPC Colorado Championship drew an estimated 20,000 spectators for the week.

In another change, the original dates for the events were altered, with the final round being held eight days earlier than originally scheduled.

The field for the TPC Colorado Championship was released on Friday afternoon, with the exception of the eight spots reserved for players who will Monday qualify at either Highland Meadows Golf Course in Windsor or Riverdale Dunes in Brighton (four from each site). More than 250 players have signed up for one of the two Monday qualifiers, including quite a few Coloradans.

Knous, a former Colorado School of Mines golfer, was a PGA Tour regular in the 2018-19 season who is on a medical extension following right wrist surgery. His return to competitive golf began this week with one of his Korn Ferry Tour “rehab starts”, at the Utah Championship, where he missed the cut (71-70). Weir and Creel (both 68-68) advanced to the weekend in Utah (68-68), while Brown (70-69) and Cunningham (70-69) joined Knous in missing the cut.

Brown and Schmitz are sponsor exemptions this coming week.

For the TPC Colorado Championship field as it currently stands, CLICK HERE.

Next week, TPC Colorado, complete with its stacked-sod bunkers, will play approximately 7,991 yards and to a par-72.

Players at the event will see a 65,000-square-foot clubhouse at TPC Colorado that is scheduled to hold its grand opening on July 18. The building features a 5,000-square-foot ballroom, two public-accessible restaurants (773 Prime and Center Stage) and 15,000 square feet of covered patio with expansive views of the Front Range and three large reservoirs.

Normally, the top 25 finishers on the Korn Ferry Tour’s regular-season points list and the top 25 from the KF Tour Finals series earn PGA Tour cards for the following season. But that will not be the case this year given all the PGA Tour and Korn Ferry event cancellations due to Covid-19. That resulted in the PGA Tour announcing in the spring that exempt PGA Tour members for the 2019-20 season will remain exempt in 2020-21.

Now, with the changes, the top 10 on the Korn Ferry points list following the KF Tour Championship will earn spots into all the 2020-21 PGA Tour “additional events” — those played the same week as higher-profile PGA Tour tournaments. Then the 2020 and ’21 Korn Ferry Tour seasons will be combined, with 50 players earning 2021-22 PGA Tour cards — 25 following the 2021 KF regular season and 25 more after the 2021 KF Tour Finals.

In addition, Korn Ferry Tour Qualifying School for 2020 has been canceled.