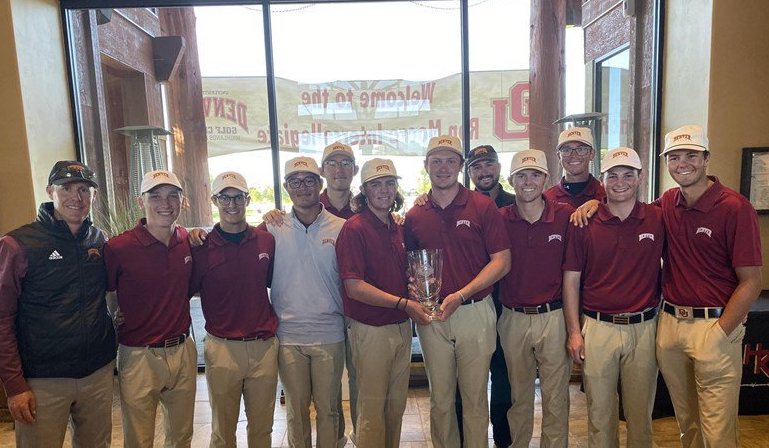 The host University of Denver claimed the team title in the nine-school, three-day event at the University of Denver Golf Club at Highlands Ranch. It was DU’s second team victory in its last five events, dating back to the end of last season, as the Pioneers earned the Summit League championship in late April.

DU (pictured above) finished with a 54-hole total of 6-under-par 846, three better than runner-up North Dakota State. A second DU team placed fourth at 851, while UNC was fifth at 854.

Solem and Castiglia (pictured above) tied for the top individual spot at 9-under-par 204, while Welch was one back and McCoy two. Solem went 68-70-66, while Castiglia carded three straight scores of 68.

For all the scores for the men’s Ron Moore Intercollegiate, CLICK HERE.

— Meanwhile, the DU women hosted their own Ron Moore Intercollegiate, though theirs was a one-day, 36-hole affair strictly for individuals.