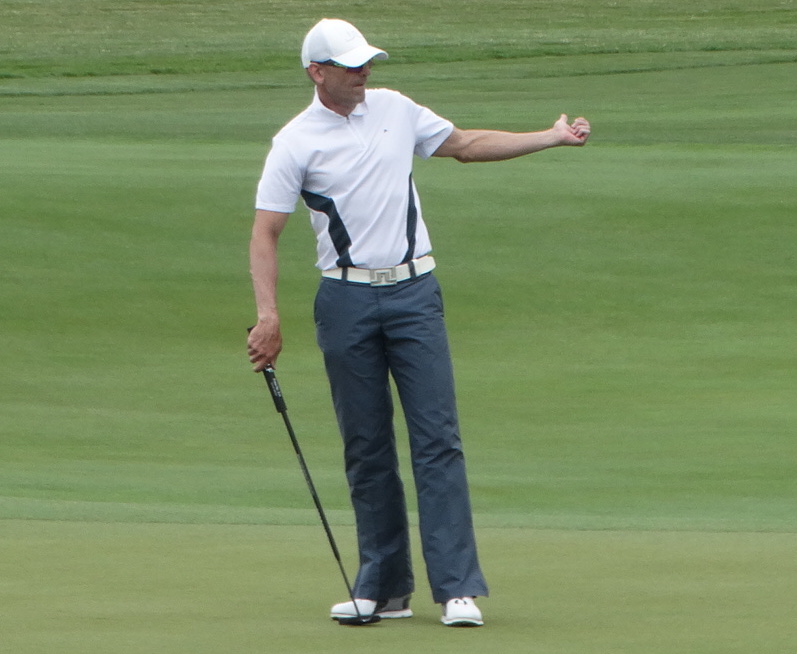 Two Coloradans, and possibly a third, will make match play for the U.S. Senior Amateur in Durham, N.C.

Greg Condon of Monte Vista and Victor Minovich of Thornton are in the match play bracket for sure, while Scott Sullivan of Grand Junction will need to survive a 9-for-3 playoff on Monday morning to advance.

Condon, a co-medalist in the stroke-play portion of the 2018 national championship, almost pulled off a repeat on Sunday, finishing a stroke behind the three co-medalists. Condon’s 1-over-par 73 left him at 1-under 143 in stroke play, one behind Michael McCoy of Norwalk, Iowa, Dean Channell of Cary, N.C., and Doug Hanzel of Savannah, Ga.

Condon, who advanced to the match-play round of 32 last year, made one birdie and two bogeys on Sunday.

Minovich (pictured), competing in his first USGA championship, posted back-to-back 75s to tie for 36th place in stroke play at 150. He recorded two birdies on Sunday.

Sullivan, who advanced to the match-play round of 16 last year in this event, made a double bogey and a triple bogey in a Sunday round of 79 that put him on the bubble, in 62nd place. That leaves the 2019 CGA Senior Match Play champion in Monday’s playoff for the final three match-play berths.

Here are the stroke-play scores for all the Coloradans in the field at the U.S. Senior Amateur: