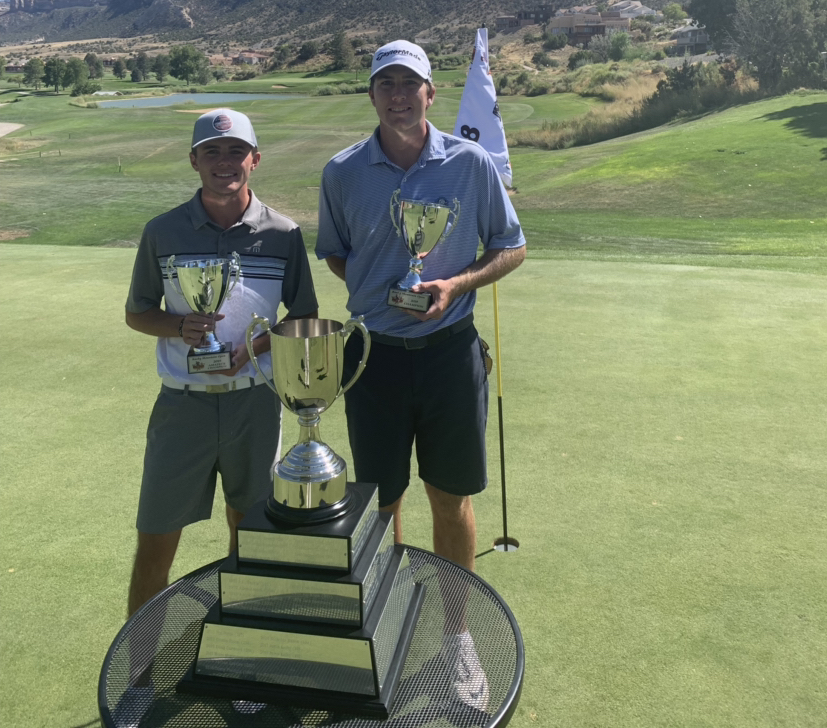 For the second time in a little over a year, shooting 60 in the final round of a Colorado-based open championship wasn’t enough to get Sam Saunders a victory.

The Albuquerque golfer lost in a playoff to Dru Love at the CoBank Colorado Open last year after firing a 60 at Green Valley Ranch Golf Club in Denver.

Then on Sunday at Tiara Rado Golf Course in Grand Junction, Saunders matched the course record with an 11-under-par 60 in the final round of the Rocky Mountain Open presented by Sinclair, only to lose by four to Ben Corfee of El Macero, Calif.

Saunders, who won this year’s Colorado Open, made an eagle and nine birdies in his bogey-free round on Sunday, matching the 60 shot by Brandon Bingaman in the last round of the 2018 RMO at Tiara Rado. But Saunders started too far back and had to settle for a tie for second place on Sunday with former CGA Player of the Year Jake Staiano of Englewood and Kolton Lappe of Mesa, Ariz.

Staiano, a rookie pro, closed with a nine-birdie 64 for a share of the runner-up spot.

Tyler Severin of Johnstown, a University of Wyoming golfer, took low amateur honors by three strokes at 5-under-par 208 after rounds of 70-68-70.

(Severin is pictured above, at left, with Corfee.)

For all the scores from the Rocky Mountain Open, CLICK HERE.