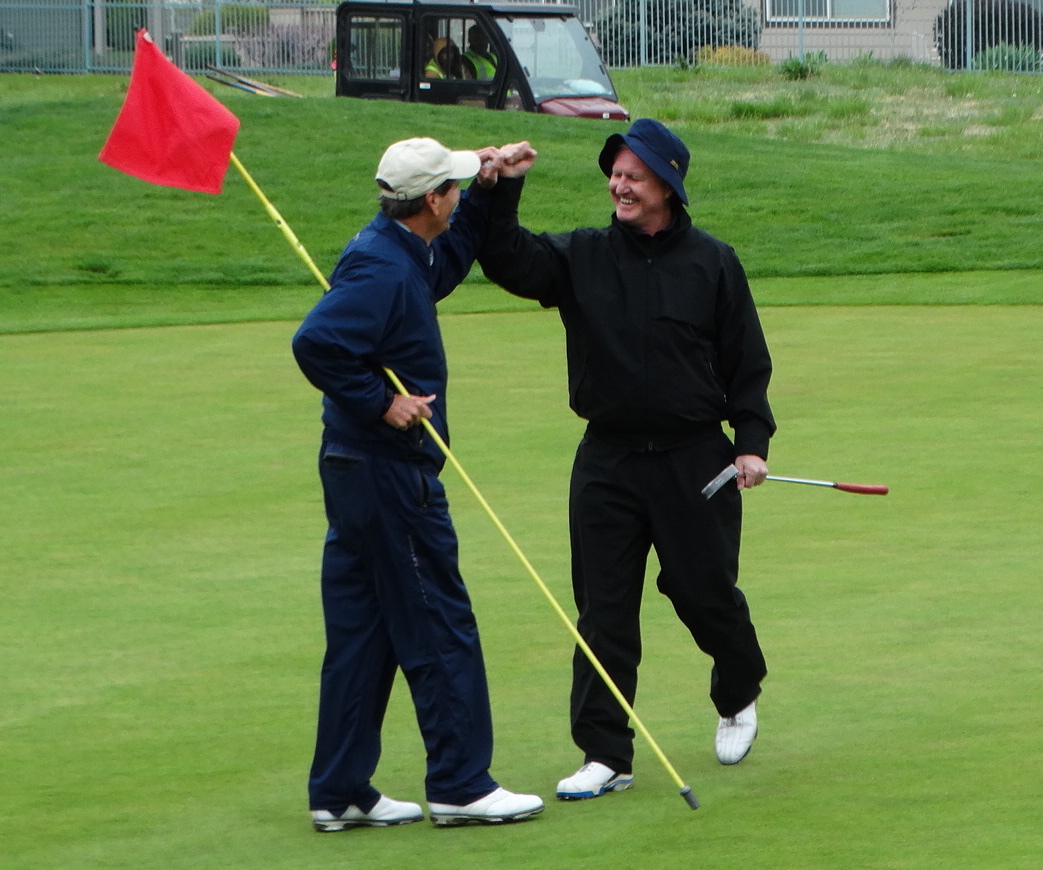 Within the next week, the tournament season in Colorado will crank into high gear, beginning a run that will last into mid-October.

And this year more than most, the schedule will hit a fever pitch in a hurry — especially when combined with national events in which local golfers are playing a prominent role.

And in Colorado specifically, the CGA championship season opens with the Senior Four-Ball, which starts on Monday at Thorncreek Golf Course in Thornton. And the Colorado-based qualifying for the second annual U.S. Senior Women’s Open qualifying will be held Monday at Glenmoor Country Club.

Here’s the rundown on all of the above:

— U.S. Women’s Amateur Four-Ball in Jacksonville, Fla., Saturday through Wednesday: Prendergast and Secor will be competing in the Women’s Four-Ball together for the third straight year, this time as the defending champions. Last spring, they rallied from two down with four holes left in the final to defeat teenagers Lei Ye and Ya-Chun Chang, 1 up.

The two won’t be the only Ram golfers in the field for this year’s Women’s Four-Ball as their teammates Haley Greb and Jessica Sloot qualified in Colorado last fall for the national championship.

Sixty-four teams will compete in this year’s event, with the top 32 after 36 holes advancing to match play.

— National PGA Professional Championship in Bluffton, S.C., Sunday through Wednesday: The big prizes in this event — besides trying to claim the title in this 312-player tournament — come by finishing in the top 20, which gives those golfers spots in the PGA Championship, set for next month at Bethpage Black in Farmingdale, N.Y.

Here are the eight Colorado PGA members in the field, who earned spots through their finishies in the Colorado PGA Professional Championship last September at TPC Colorado (Patrick Reidy won the title that week):

Colorado Golf Hall of Famer Kim Eaton made the grade in a qualifier in Sun City West, Ariz., on Tuesday, as she shot a 5-over-par 76 and finished fifth out of a field that originally numbered 28. Eaton, an eight-time CGA Women’s Senior Player of the Year, will be making her U.S. Senior Women’s Open debut when the 2019 event is held May 16-19 at Pine Needles Golf Club in Southern Pines, N.C.

Colorado PGA professional Sherry Andonian-Smith, who tied for second in the Section’s championship last September, has gone 2-for-2 in landing medalist honors in qualifying for the U.S. Senior Women’s Open. After doing so last year in Colorado, she earned the top spot out of 37 players Tuesday at Tamarisk Country Club in Rancho Mirage, Calif. Andonian-Smith shot a 3-under-par 69, making four birdies and a bogey on the day.

As for Monday at Glenmoor, 11 players will vie for two spots in the national championship. That includes the two other women who qualified for the USSWO in Colorado last year — Colorado Golf Hall of Famer Janet Moore and Texas-based pro Patricia Beliard.

Also teeing it up at Glenmoor will be Kristine Franklin, the CGA Women’s Senior Player of the Year in 2018; and former longtime LPGA Tour player Lori West, who’s now an assistant professional at Ironbridge Golf Club and serves as the Glenwood Springs High School girls golf coach. West, who won almost $450,000 in her LPGA Tour career, owns two victories on the Legends Tour.

— CGA Senior Four-Ball at Thorncreek Golf Course in Thornton, Monday through Wednesday: This marks the first CGA championship/tournament in a 2019 CGA season that will feature more than 20 such events.

The 54-hole Senior Four-Ball will be one of the first large-scale tournaments Thorncreek has hosted since reopening in July after being closed for 21 1/2 months for a major renovation/improvement project.

Robert Polk and Bill Fowler, winners of two of the last three CGA Senior Four-Ball titles, will be defending their championship a year after Fowler made a 60-foot birdie on the second playoff hole to defeat Guy Mertz and Tony Workman for the victory in the 2018 version of the scratch event. Mertz and Workman also are in next week’s field.

Should Polk win again this year, he would have five victories in this event, matching the record set by Bert Welz.

The CGA Senior Four-Ball is limited to players 53 and older, and those teams with both players 63 and older can also compete in the super-senior division.

— Kupcho at U.S. Women’s Open Qualifying in Greensboro, N.C., on Monday: The Colorado-based 36-hole qualifier for the U.S. Women’s Open won’t be held until May 6 at Walnut Creek Golf Preserve, but Colorado’s top prospect for the national event, Jennifer Kupcho of Westminster, will play her qualifying tournament in Greensboro, N.C., not far from where Kupcho is finishing up her college career, at Wake Forest.

Had she elected to compete as an amateur this year, Kupcho would have been exempt for the Women’s Open May 29-June 3 in Charleston, S.C., by virtue of winning the Mark McCormack Medal last summer. But after earning her LPGA Tour card last fall, Kupcho hopes to make the U.S. Women’s Open her pro debut.

In Greensboro, a field of 74 players will compete for two spots in the national championship.