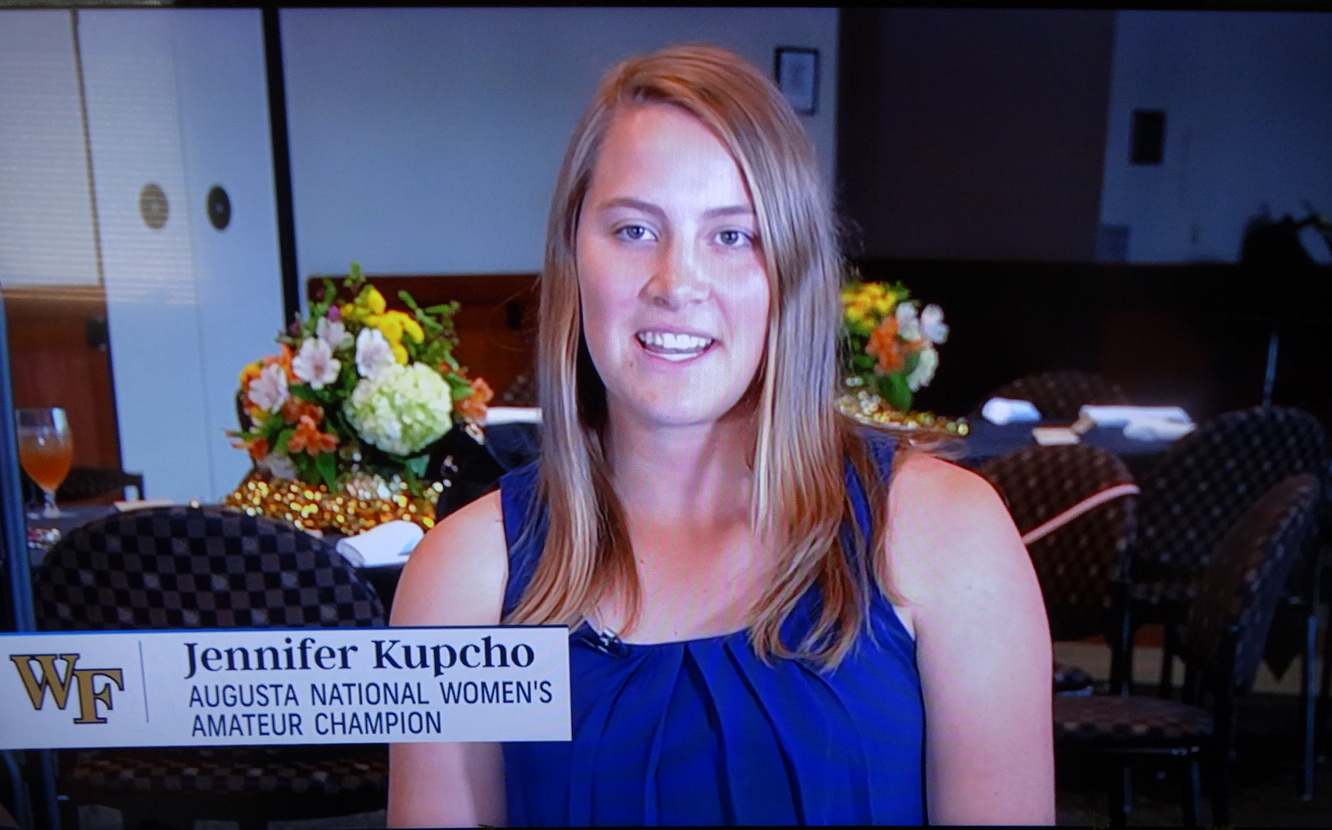 The Women’s NCAA Division I Regional golf fields were announced on Wednesday on the Golf Channel.

So, naturally, Westminster resident Jennifer Kupcho was among those in the spotlight.

After all, Kupcho has been an NCAA Regional champion each of the past two years. And, of course, the Wake Forest golfer won the NCAA national title last year after placing sixth and second in the finals the previous two years.

So pretty much, if “NCAA” is part of the tournament title, the Coloradan has been a fixture on the leaderboard the last few years.

And it also doesn’t hurt that she just won the inaugural Augusta National Women’s Amateur.

So, not surprisingly, the Golf Channel devoted a lengthy segment of its Women’s NCAA DI Regional selection telecast to an interview with Kupcho (pictured) and Arkansas’ Maria Fassi, the ANWA runner-up and the leader of the team that will host this year’s NCAA Championship finals May 17-22.

But first up, both players have to qualify in Regionals for the NCAA finals. And on Wednesday, the fields were set for those Regional tournaments, which will be held May 6-8.

Wake Forest, winner of its last three tournaments with Kupcho playing a major role, will be seeded second — behind only Texas — at the 18-team Norman, Okla. Regional. The top six team finishers, and the top three individuals not on those teams, will qualify from there for the NCAA finals.

“We have a really strong team here,” Kupcho said on the Golf Channel. “… Coming off winning the last three tournaments going into Regionals, it’ll be fun to see what we can do for the rest of the season.”

Also making the NCAA Regionals were the University of Denver women, who on Tuesday won the Summit League title. The Mary Weinstein-led Pioneers, who are headed for the Regionals for the 18th consecutive year, are bound for the Auburn, Ala., Regional, as the 15th seed. Duke is the top seed in that region.

In all, 72 teams and 24 individuals not on those teams gained spots in the Women’s NCAA Division I Regionals.

Though the University of Colorado, which made the NCAA finals last year, didn’t earn a team berth in Regionals this time, junior Kirsty Hodgkins landed an individual spot in the East Lansing, Mich., Regional.

Kupcho, winner of two of her last three college tournaments, on Wednesday was named to the 15-player watch list for the Annika Award, which is presented after the season to the top player in women’s college golf, as selected by college golfers, coaches and members of the golf media. Kupcho, the No. 1-ranked women’s amateur in the world, had been left off the previous Annika Watch list, published in early March.