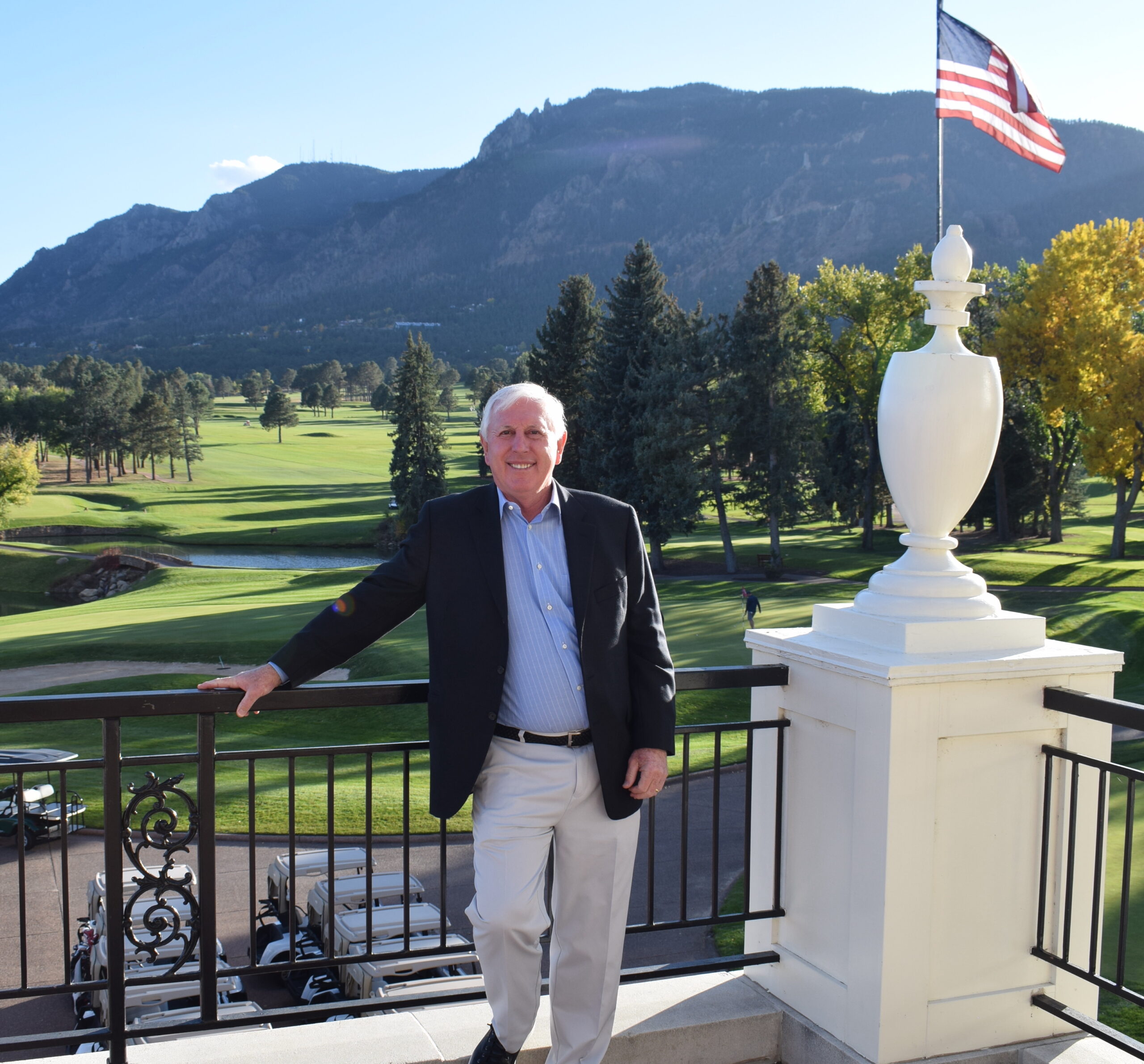 World Golf Hall of Famer Hale Irwin at The Broadmoor on Monday evening.

1974 inductee Hale Irwin: ‘I can’t think of a better place’ for the Colorado Golf Hall of Fame museum than The Broadmoor; plans set for museum to move to 5-star resort in 2023, when Hall of Fame turns 50

As best his memory serves, Hale Irwin thinks he first visited The Broadmoor roughly in 1963, when he was living in Boulder.

Four years later, shortly after capturing the NCAA individual golf title while competing for the University of Colorado, Irwin won the prestigious Broadmoor Invitation tournament at the resort. Seven years after that, he was inducted into the Colorado Golf Hall of Fame as part of its second class. In 2008, Irwin served as honorary chairman for the U.S. Senior Open that The Broadmoor hosted. And in 2019, the inaugural Hale Irwin Dinner was conducted at the Colorado Springs resort.

So perhaps there wasn’t a more fitting person to be on hand Monday at The Broadmoor when a press conference was held detailing plans to move the Colorado Golf Hall of Fame museum to the five-star resort in 2023, when the Hall of Fame will celebrate its 50th anniversary.

“Thousands of people come through here every year,” Irwin said in a post-press-conference TV interview. “What better place to show off what Colorado golf has to offer?”

And what better person to help announce the news than Irwin, who graduated from Boulder High School and CU and who developed into unquestionably the top golfer Colorado has produced, winning 20 times on the PGA Tour, including three U.S. Opens, and a record 45 times on PGA Tour Champions?

“Knowing the Colorado Golf Hall of Fame is coming to The Broadmoor, I’m happy (to help promote it) and I’m thrilled that this move is going to happen,” he said in an area overlooking the 18th green of The Broadmoor’s famed East Course. “What they’re planning on doing I think will be fantastic.”

In a project that is expected to run into the high six figures, dollar-wise, the Hall of Fame’s museum will be relocated to a portion of the lobby inside the entryway to The Broadmoor Golf Club, in addition to down an adjoining long hallway. The available museum space is expected to be up to 2 1/2 times what it was in the clubhouse at its current location at the Riverdale Golf Courses in Brighton, where it’s been located for more than 16 years. Hall of Fame officials are thankful for Riverdale’s longstanding commitment to the Hall, but they’re running out of room for tributes to inductees and to the history of Colorado golf, including a timeline, trophies, photos, clubs and other memorabilia.

About 50 people attended Monday’s press conference and related festivities, including 18 Hall of Famers or impending Hall of Famers. Among them, fittingingly, were several with strong ties to The Broadmoor, including Dow Finsterwald, the former longtime director of golf at the resort and, like Irwin, also a member of the Colorado Sports Hall of Fame.

“I can’t think of a better place in the wonderful state of Colorado than The Broadmoor to have the Colorado Golf Hall of Fame (museum),” Irwin said during the press conference. “It’s been a lynchpin of golf throughout the history of golf in this state. And the brief discussions that we have had thus far lead me to the conclusion than there’s no better home than this.

“… I think this project is going to be dynamically done and successfully accomplished.”

In recent years, The Broadmoor has hosted large-scale events such as the Century of Golf Gala (2015) and the first Hale Irwin Dinner (2019).

Next up for The Broadmoor, major championship-wise, will be the 2025 U.S. Senior Open.

“We’re so proud, we’re thankful, we’re honored to have this (Hall of Fame museum) come to our hotel and resort,” said Russ Miller, The Broadmoor’s PGA director of golf since 1998 and a Hall of Fame inductee two months ago. “I promise we’ll be great custodians and we’ll make it as good as it can be.”

And as happy as The Broadmoor is to bring the Hall of Fame to its property, the feeling is very mutual.

“This is a really special place — and I think it’s the perfect fit for the Hall of Fame,” said CGHOF president Kevin Hood.

Hall of Fame vice president Mark Passey, who retired in 2017 after 28 years as a USGA regional affairs director, is spearheading the museum’s relocation and expansion, with significant help from CGHOF executive director Jon Rizzi, Hood and other members of the Hall of Fame board.

Noting a quote he read about Passey, Hood said, “‘Mark is a man of both tradition and innovation.’ I think that’s a great combination for someone in his role.”

The Hall of Fame museum at The Broadmoor figures to complement the nearby Heritage Hallway, which is an homage to the long and storied golf history of the resort. Nancy Woelfel, who did design/display work that helped make the Heritage Hallway what it is, will play a similar role with the CGHOF museum.

When it moves to The Broadmoor, the museum will feature major displays near the large fireplace that adorns the lobby inside the entryway to the golf club. Then the long hallway to the right will feature roughly 130 additional feet of displays (some interactive), an extensive Colorado golf timeline, video kiosks, trophies, photos, memorabilia, etc. In addition to the focus being on Hall of Famers, there will be considerable attention paid to Colorado golf history in general, most notably the people and courses that have played keys roles. Besides many other types of displays, nine trophy cases will be included.

“We are so excited to come to The Broadmoor to be able to shine a bright light on our Hall of Famers,” Passey said on Monday, when renderings for the project were revealed.

Besides The Broadmoor hosting the Colorado Golf Hall of Fame museum starting in 2023, the resort will be the site of the CGHOF’s 50th induction and awards dinner, and the Hall of Fame tournament that year.

Several prominent individuals and organizations from the Colorado golf community have committed to significant contributions — some on a matching basis — to make The Broadmoor museum project become a reality.

The Colorado Golf Hall of Fame has inducted 144 people over the years, with another three being enshrined sometime next spring. The Hall’s first class in 1973 featured Zaharias, Dave Hill and Babe Lind.

Also among those in the Hall — in addition to Irwin, Finsterwald and Bell, a onetime USGA president — are Steve Jones, Dale Douglass, Craig Stadler, Paul Runyan, Barbara McIntire and Jack Vickers.