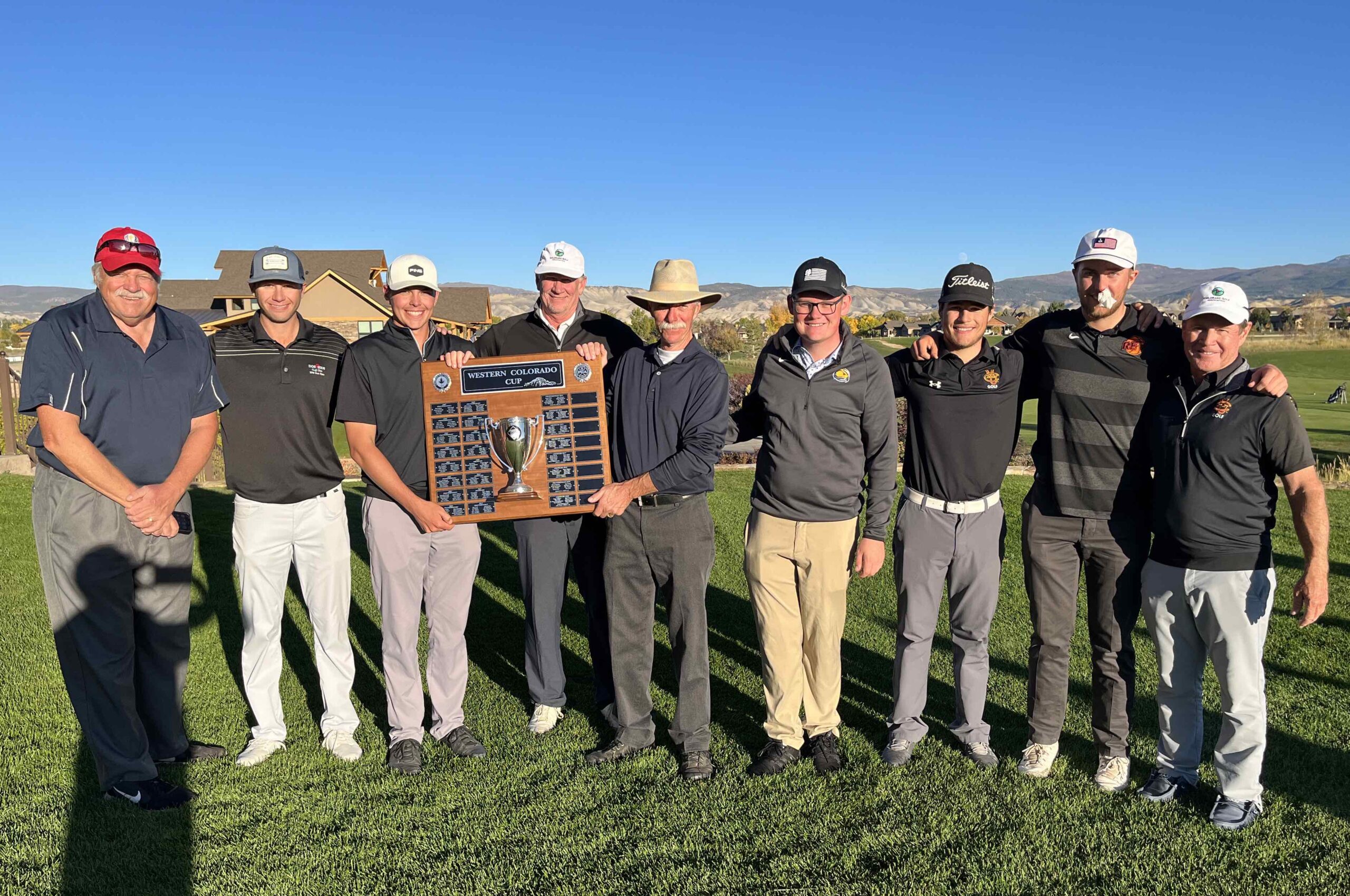 The winning amateur team Saturday at The Bridges in Montrose.

What one set of golfers started Wednesday in Parker, another set finished Saturday in Montrose: an amateur sweep of Colorado Cup competitions.

Three days after CGA amateurs defeated Colorado PGA professionals in the Colorado Cup matches at The Pinery, a totally separate competition resulted in a similar outcome as the amateurs beat the pros 11.5-4.5 in the 25th Western Colorado Cup Matches, held Saturday at The Bridges Golf & Country Club.

The amateurs swept all three of the nine-hole sessions of the Ryder Cup-like competition on Saturday — 3-1 in four-ball, 4-0 in foursomes and 4.5-3.5 in singles.

Two players, both amateurs, won all three of their matches: Browder and Smith, while teammate Cavarno (2-0-1) was also undefeated. The professional with the top individual record on Saturday was three-time Colorado PGA Professional Champion Doug Rohrbaugh, at 2-1.

Amateur Gillman lost his singles match to Max Twarjan, 3 and 2, but made a hole-in-one in the process, acing the 198-yard fourth hole.

The pros lead the all-time series in the WCCM, 13-12 but amateurs have claimed the title 12 times in the last 15 years after pros won each of the first 10 matchups. Wilkinson, a member of the CGA board of directors, serves as chairman of the competition besides being the non-competing captain of the amateur team.

The event — supported by the CGA and the Colorado PGA — benefits the Western Colorado Golf Foundation, with proceeds helping provide college scholarships to western Coloradans who participated in golf activities during their high school years. Almost $250,000 has been raised for the cause over the years.

Saturday At The Bridges Golf & Country Club in Montrose