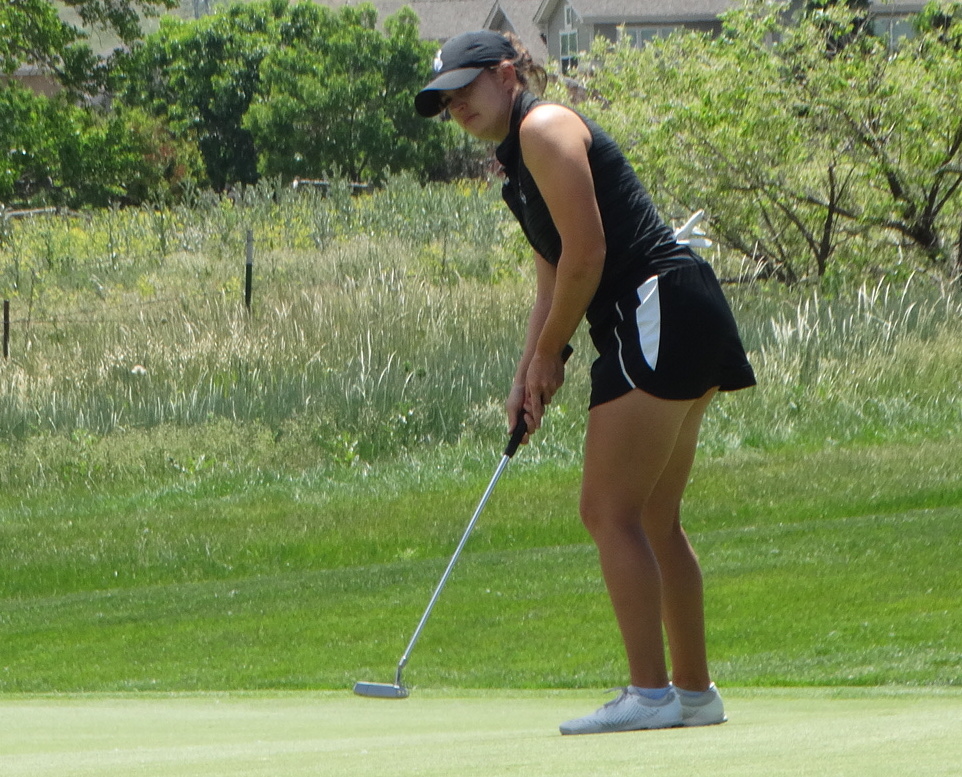 Erin Sargent of Twin Peaks Golf Course, who qualified for the U.S. Women’s Amateur last week, earned medalist honors and the top seed in the championship flight as the 16-player bracket was set Monday for the 104th CGA Women’s Match Play at The Club at Ravenna in Littleton.

Sargent (pictured), a University of Wyoming golfer who recently finished second for the third straight year at the CGA Women’s Stroke Play, shot a 2-over-par 73 on Monday.

Meanwhile, Kristine Franklin of Colorado National Golf Club, the CGA Women’s Senior Player of the Year in 2018, easily landed the top seed in the senior championship flight. Her 1-over-par 72 was the best in that division by five strokes.

For Monday’s stroke-play scores for the championship and senior championship flights and for all the Match Play brackets, CLICK HERE.