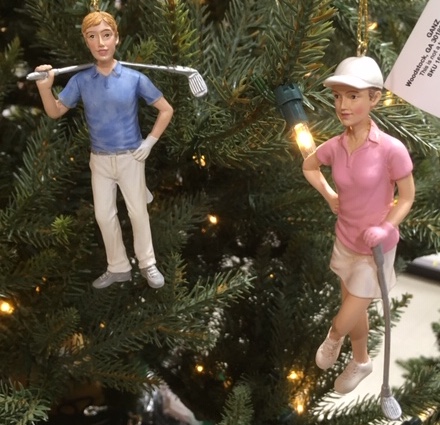 Give and take (or should we say, give and receive?). It’s part of the yin and yang of life, particularly this time of year.

With the holiday season upon us, it’s a fitting time to disclose our annual gift wishes, Colorado golf-style.

So here we go:

To: Jennifer Kupcho of Westminster.

Gift Wish: A victory on the LPGA Tour in her “sophomore” season after posting three top-five finishes as a rookie.

Gift Wish: Announcement of a PGA Tour event coming to Colorado in the not-too-distant future — with a likely candidate for host being Castle Pines Golf Club, the home to The International from 1986 through 2006. An installment of the BMW Championship seems like a natural fit. That event was held at Cherry Hills Country Club in 2014, with Coloradan George Solich serving as general chairman. Solich is an alum of the Evans Scholars caddie program, which receives the net proceeds of the BMW Championship.

To: Representatives of the Junior Golf Alliance of Colorado.

Gift Wish: A person — or an organization — to step up with a nice six-figure check in support of the 2020 U.S. Girls’ Junior Championship, which will be held at Eisenhower Golf Club at the Air Force Academy in July. The JGAC is a host organization for the championship, having committed to raising $400,000 overall for the event.

To: The 2020 TPC Colorado Championship at Heron Lakes.

Gift Wish: A local player as the winner for the second edition of the Korn Ferry Tour event at TPC Colorado in Berthoud.

To: The Colorado Open Championships.

Gift Wish: A title sponsor for 2021 and beyond which will build on the considerable investment CoBank made in the tournaments and in The First Tee of Green Valley Ranch. (CoBank announced its run as title sponsor will end after next year’s championships.)

Gift Wish: A return to peak form on the PGA Tour after five years battling hand problems, with enough success to retain his tour card.

To: Jim Knous of Littleton.

Gift Wish: Similar to the above, an ultimately successful comeback from a wrist injury suffered during his rookie season on the PGA Tour.

To: The Denver Golf Expo.

Gift Wish: A legitimate run at the title at the 2020 U.S. Girls’ Junior in your home state.

To: CU Evans Scholarship for caddies.

Gift Wish: That caddie programs in Colorado become so strong that they fill the house at the University of Colorado from their own ranks.

To: The Solich Caddie & Leadership Academy.

Gift Wish: Recognition by a national golf organization that yours is a model worth replicating at sites across the U.S.

Gift Wish: Building on successes like Golf Day at the Capitol, the Golf Industry Summit, a lobbyist at the state capitol and the in-progress Colorado Golf Environmental & Economic Impact Study — for the betterment of golf in the state.

To: The Rocky Mountain Open in Grand Junction.

Gift Wish: A champion with strong ties to the Western Slope for the first time since 2013, when Monte Montgomery prevailed.

To: Men’s Division I college programs based in Colorado.

Gift Wish: That at least one of you will earn a berth in the NCAA Championship finals, marking the first appearance at nationals by a Colorado-based DI men’s team since 2011. (For those wondering, an in-state-based women’s DI team made nationals as recently as 2018, when the University of Colorado advanced a squad.

Gift Wish: That the Colorado Golf Hall of Famer reaches her elusive 26th CGA/CWGA women’s title, which would establish a state record outright.

To: Shane Bertsch of Parker.

To: People who volunteer their time to Colorado golf organizations and causes.

Gift Wish: A heartfelt thanks from the state’s golf community.

To: Hailey Schalk of Erie.

Gift Wish: A second annual Irwin Medal Dinner that proves as successful as the inaugural event, which attracted almost 550 to The Broadmoor.

To: The Junior Golf Alliance of Colorado.

Gift Wish: A fifth season which surpasses each of the many successes of the first four years.

To: All Colorado golfers.

Gift Wish: A 2020 season with all the anticipation and excitement of your first year playing golf.