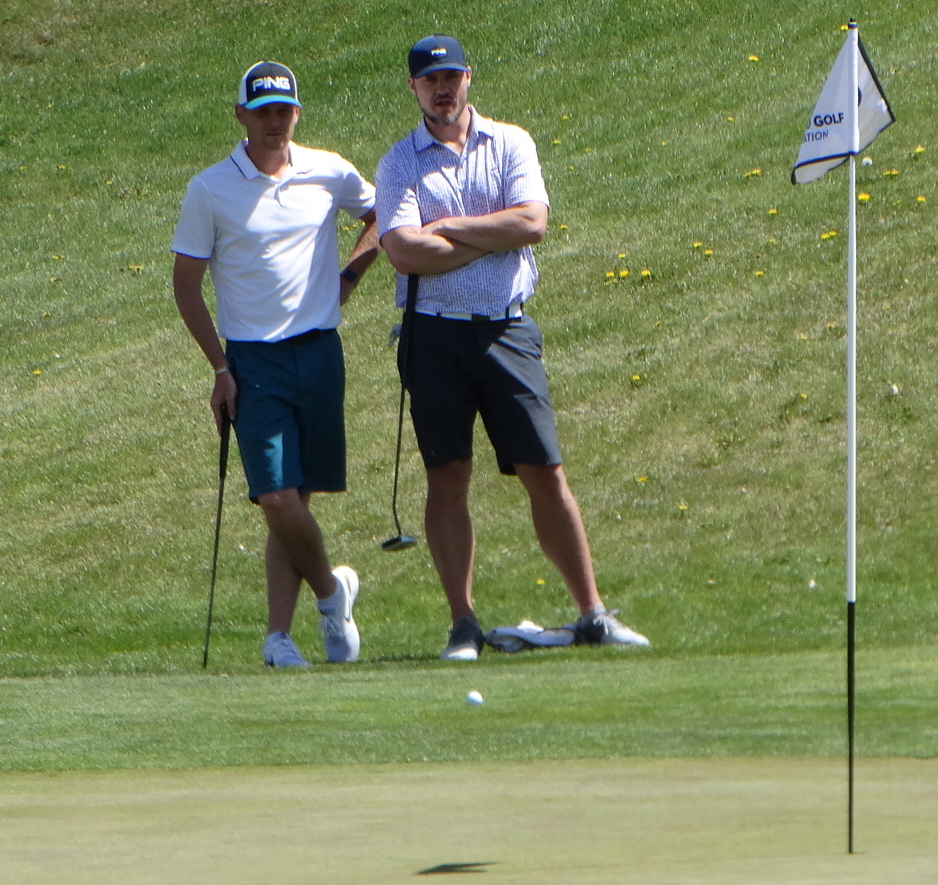 Andrew Maier (left) and Nick Nosewicz won the CGA Four-Ball going away in 2019 with a record-setting score.

The CGA Four-Ball was originally slotted in as the association’s first championship of 2020. That was before Covid-19 started wreaking havoc in so many ways — and led to the postponement of the two-person better-ball stroke-play tournament.

A field of 52 teams is set to tee it up, including defending champions Nick Nosewicz of CommonGround Golf Course and Andrew Maier of Green Valley Ranch Golf Club.

Last year, Nosewicz and Maier established the scoring record for the CGA Four-Ball by finishing at 26 under par for three days, which resulted in a six-stroke victory.

Also in this weekend’s field is three-time champion Steve Irwin of Lakewood Country Club, who this year will team with fellow former University of Colorado golfer Matt Zions, who won an event on the European Tour in 2011 and played in the British Open in 2007, and now has regained his amateur status.

Sean Thomas of Meridian Golf Club and Jason Browder of Dos Rios Golf Club, who last year qualified for the 2020 U.S. Amateur Four-Ball Championship that was subsequently canceled, will team up again.