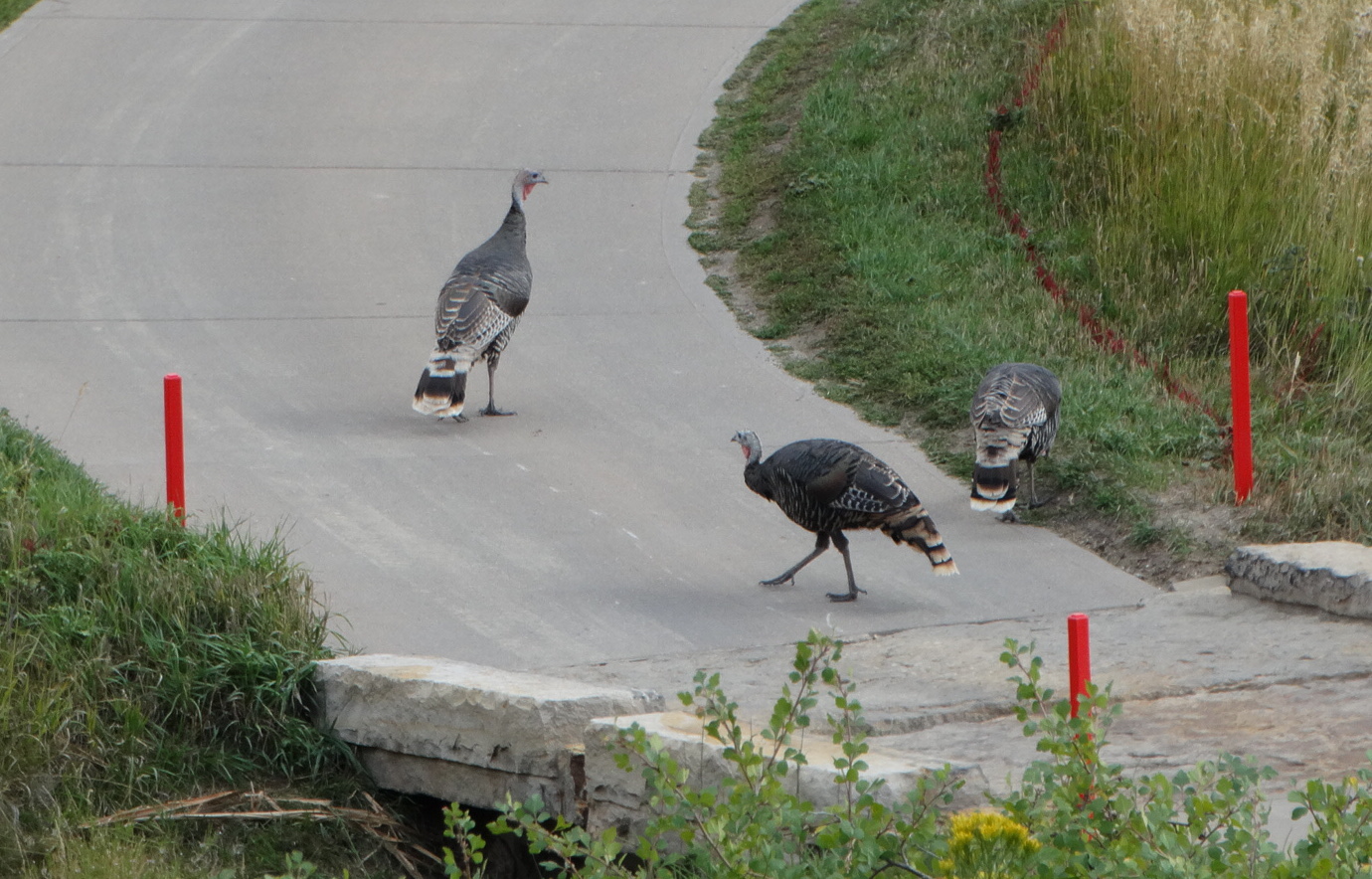 2019 provided plenty of Colorado golf-related reasons to give thanks

There are certainly plenty of Colorado golf-related reasons to give thanks. Many of them fall into the perpetual — or near-perpetual — category, such as the spectacular scenery at many of the state’s golf courses, or the relatively inexpensive quality golf that’s available in the Centennial State.

We’ve made note of these on many Thanksgiving weeks in the past.

This year, with so many thanks-worthy things having taken place in 2019 alone, we’re focusing strictly on those. It’s a nice issue when there are so many reasons to give thanks that you have to categorize them.

So without further ado, we present our 2019 Thanksgiving list:

— Since it happened just last weekend, let’s start with the Irwin Dinner and how the Colorado golf community — all facets of it — rallies around big events and worthwhile causes. In this case, it was honoring three of the state’s best golfers ever — Hale Irwin, Dale Douglass and Jennifer Kupcho — and raising money for good causes, including the Junior Golf Alliance of Colorado and the 2020 U.S. Girls’ Junior that will be held at the Air Force Academy next summer. Almost 550 people attended the festivities on Saturday at The Broadmoor in Colorado Springs.

— Speaking of the U.S. Girls’ Junior, it’s but the latest illustration that, despite no longer having PGA Tour, LPGA Tour or PGA Tour Champions events visiting Colorado on an annual basis, the state continues to draw national golf championships regularly.

In the course of eight months from mid-2018 to February 2019, the USGA announced three upcoming national/international championships planned for Colorado — the 2020 U.S. Girls’ Junior at Eisenhower Golf Club, the 2023 U.S. Amateur at Cherry Hills Country Club, and the 2025 U.S. Senior Open at The Broadmoor. That means from 2018 to ’25, at least five USGA championships will be held in Colorado, following on the heels of the 2018 U.S. Senior Open at The Broadmoor and the 2019 U.S. Mid-Amateur at Colorado Golf Club.

The 2020 U.S. Girls’ Junior will hit particularly close to home as the Junior Golf Alliance of Colorado will serve as the host group, having committed to raise $400,000 for the event to be conducted.

— These days, more than is typical, Coloradans have some of their own not only competing on the world’s top tours, but succeeding on them. We have Kupcho recording one of the feel-good stories of the year by winning the inaugural Augusta National Women’s Amateur after originally not planning to enter the event, overcoming a mid-round migraine to play the final six holes in 5 under par. Then after a long run as the top-ranked women’s amateur in the world, the Westminster resident turned pro and had a very strong rookie season, recording three top-five finishes (including one in an LPGA major) and finishing 39th on the 2019 LPGA money list despite not starting on tour until late May.

But Kupcho certainly wasn’t the only Colorado-bred player to do well on the world’s top tours in 2019. Wyndham Clark had four top-10 finishes on the PGA Tour in calendar year 2019. Mark Hubbard posted two top-10s after regaining his PGA Tour card (plus a victory on the Korn Ferry Tour). And Brandt Jobe won on PGA Tour Champions, one of his five top-10 showings in 2019.

— While the Korn Ferry Tour doesn’t quite rise to the standards of the PGA, LPGA and PGA Tour Champions in terms of panache, the inaugural TPC Colorado Championship at Heron Lakes certainly put its best foot forward in 2019. With an impressive setting at TPC Colorado in Berthoud, this year’s event drew close to 20,000 people — not a bad showing for a big-league sports region. In fact, the TPC Colorado Championship recently was one of five Korn Ferry events honored for their 2019 performance, with the Colorado stop being given the “Best Product” award at the tour’s season-ending Tournament Awards event.

— Meanwhile, at the U.S. Mid-Amateur that Colorado Golf Club hosted in September, a little history was made. Australian Lukas Michel became the first non-American to win the Mid-Amateur, earning a spot in the 2020 U.S. Open in the process, as well as likely the Masters.

— It wasn’t so long ago that observers were lamenting the death of caddying as a significant part of the fabric of golf. But the corner seems to have been turned, at least on the margin. In 2019 it was reported that nearly 50,000 caddie loops were completed in Colorado in 2018.

Programs such as the Solich Caddie & Leadership Academy have helped the cause as its caddies have surpassed 10,000 loops in Colorado over the first eight seasons of its existence.

Also on the caddie front, several people with strong Colorado connections make appearances in the 2019 documentary “Loopers: The Caddie’s Long Walk”. Among those in the movie are George and Duffy Solich, who lent their name and support to the Solich Caddie & Leadership Acacemy; National Sportswriters and Sportscasters Hall of Famer Rick Reilly, who grew up in Boulder; CGA executive director Ed Mate; former CU Evans Scholars Zoe Welz and Melyzjah Smith (Smith was also part for the Solich Caddie & Leadership Academy, which is also featured). And “Loopers” executive producer Jim Packer is a CU graduate.

— Fascinating tournament outcomes certainly weren’t in short supply in 2019. For instance, there was the CoBank Colorado Women’s Open, where Coloradan Becca Huffer won the event in a playoff when 17-year-old competitor Yealimi Noh made a quadruple-bogey 9 on the final hole of regulation after taking a three-stroke lead into the hole. But Noh had the final laugh as she earned her 2020 LPGA Tour card by finishing third in the final stage of Q-school, also known as the LPGA Q-Series.

And how about Ron Vlosich, at age 62, becoming by far the oldest winner of the Colorado PGA Professional Championship, earning his fourth title in the event, but first since 1993?

Also, speaking of age, it was also quite an inspiring feat for 63-year-old Kent Moore to qualify for the U.S. Mid-Amateur, 38 years after qualifying for the inaugural Mid-Am.

In addition, Hailey Schalk of Erie became just the third three-time individual state high school champion in Colorado history — female or male — and kept alive her hopes to become the first four-time winner of the event.

— This year was one to celebrate the considerable legacy of people who have made a huge impact on Colorado golf but passed away in 2019.

That includes Joan Birkland, who was a state champion in both golf and tennis, an accomplished basketball player and co-founded and ran the Sportswomen of Colorado organization for 40 years.

Also falling into that category was Robert Kirchner, who founded the Colorado Open in the early 1960s, ran the event for 11 years and went on to serve as general chairman of the 1978 U.S. Open held at Cherry Hills Country Club.

— Then there was the remarkable comeback story of Boulder teenager Ryder Heuston, who spent 36 days in the hospital after breaking three vertebrae and suffering a traumatic brain injury in a ski accident last December. He bounced back to help Fairview win a 5A state high school team championship, and went on to earn a spot on the University of Denver golf team, starting next fall.

Another contender for comeback of the year was by Erie resident Paul Erdman. Less than a year after having part of a kidney removed after being diagnosed with kidney cancer, then having melanoma discovered on his back, Erdman earned low-amateur honors at the CoBank Colorado Senior Open.

— It was a fitting tribute to Colorado Golf Hall of Famer Dan Hogan that his extensive golf library, accumulated over the course of a lifetime, would be displayed on an ongoing basis at the CGA offices. The Dan Hogan Library — consisting of 1,215 books — was dedicated this year in honor of Hogan, a leading historian of Colorado golf.

— Hale Irwin owns an extensive golf resume that makes many golfers in Colorado proud, given his extensive background in the state. But this year, the three-time U.S. Open champion was given a prestigious honor which highlights a different side of the World Golf Hall of Famer. Irwin was presented the Payne Stewart Award, which goes to a professional golfer who best exemplifies Stewart’s values of character, charity and sportsmanship.

— In the matter of just four years, the CGA and the Colorado PGA have built a junior golf entity that should be the envy of many states. In 2019, the number of Junior Golf Alliance of Colorado members surpassed 1,400, jumping 40 percent compared to last year. In addition, more than 5,000 rounds were played in 2019 in JGAC events.

— Speaking of the Junior Golf Alliance of Colorado, one of its members, Chunya Boonta of Centennial, posted the best-ever finish by a Coloradan at the Drive Chip & Putt National Finals at Augusta National on the eve of the 2019 Masters. Boonta and fellow National Finalist Caitlyn Chin subsequently helped spread the good news about Colorado golf to state lawmakers at Golf Day at the State Capitol in mid-April.

— Ever-forward-looking leadership in Colorado golf was evident recently when it was revealed that an updated Colorado golf Environmental & Economic Impact Study is in the works. A similar study was commissioned in 2002, but current figures are in order so that leaders in the industry can advocate for Colorado golf to lawmakers and other influencers.

— Though many things can greatly affect attendance figures for the Denver Golf Expo — the weather, conflicting events, etc. — 2019 numbers for the Expo were certainly promising. The three-day show at the Denver Mart drew its highest attendance in seven years.

— It’s been a while since a Colorado-based Division I college program has been ranked in the top 10 in the nation this far into a season, but the Colorado State University men are setting a new standard. After a three-win fall season, the Rams are as high as No. 5 in the national polls as of the mid-season intermission for college programs.

— And finally, there’s an example of the many good people in Colorado golf. Russ Miller, the longtime PGA director of golf at The Broadmoor, was honored in 2019 as the Golf Professional of the Year by the Colorado PGA, and was voted into the Colorado Golf Hall of Fame. Miller has done plenty for Colorado golf over the last 21 years, and he’s done it while being an all-around good guy. May we all aspire to such heights.