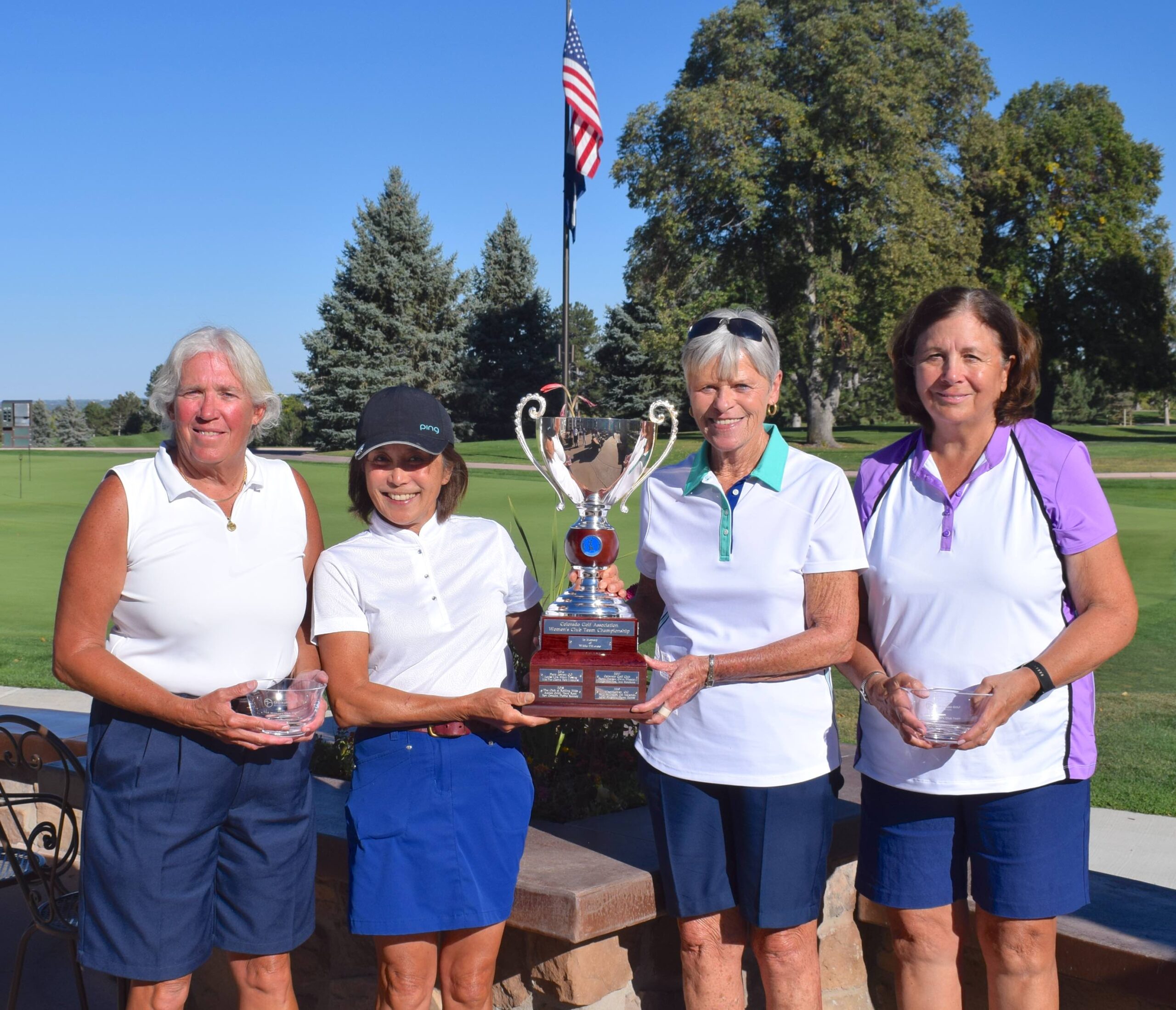 Thirteen months ago, prior to the 2020 CGA Women’s Club Team Championship, Foothills Golf Course was sitting on a goose egg as far as number of titles it had captured in the event, which debuted in 2004.

Now, after the 2020 and 2021 editions of the championship, Foothills has two victories to its credit, becoming just the second club to claim the title twice, joining South Suburban Golf Course (2014 and ’15).

In a tournament that featured 30 teams, and an ABCD stroke-play format in which the scores of four players of significantly varying abilities are added up for a gross aggregate team total, Foothills cruised to a six-stroke victory.

And, it should be noted, Foothills prevailed on Monday at Pinehurst Country Club in south Denver with a totally new slate of players than last year.

“It’s absolutely wonderful,” said Nancy Werkmeister, Foothills’ “A” player on Monday. “I’m so proud of the club. We have a lot of great ladies who play. For a new team to come out and repeat, it’s just thrilling.  It’s really a good group of ladies.”

Werkmester tied her all-time personal best with a score of 5-over-par 75. Mariko Coplin also carded her best score ever, with a 77. And Juna Orr added a 90 and Susan Smith a 106. Add it up and Foothills carded a 68-over-par total of 348. That broke the scoring record for the Women’s Club Team, bettering the mark set in 2019 by four strokes.

Three different players made birdies on Monday — Werkmeister (2), Coplin (1) and Orr (1) — and Smith threw in a couple of pars that helped the cause. On one hole, the par-4 15th, the team recorded an aggregate total of 1 under par, with Werkmeister and Coplin making birdies, Smith a par and Orr a bogey.

“The important part is that everybody contributed, which was great. That was the key,” Werkmeister said.

Another positive was keeping high scores to a minimum. Only four times on Monday did a Foothills player record any gross single-hole score higher than double bogey.

Placing second on Monday was the host team from Pinehurst Country Club, which checked in at 354. Colorado Springs Country Club was third at 361.

Foothills has put together a stellar run recently in the CGA Women’s Club Team, finishing fifth, first and first in the last three years. Werkmeister and Coplin also represented Foothills two years ago.

So what’s the key to the club’s recent success in this event?

“We just went out there to have fun,” Werkmeister said. “We never checked the scores. We were just playing our game.

**When people come out and play, we just try to come out and do our best. There’s no pressure. You play your game and we’re here to support you and pick you up if you need it. The good thing about a team event is that you can help each other if you need it. We helped each other on the greens. But the best way to play team golf is let people play their game and just go out there and have fun.”

For all the Women’s Club Team scores from Pinehurst CC, CLICK HERE.