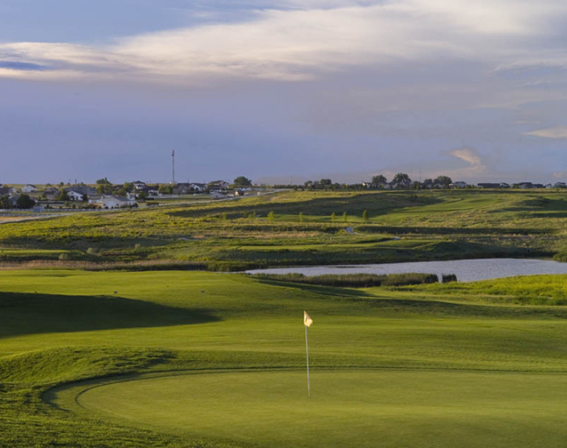 Holly Schaefer of Columbine Country Club will be looking for her second consecutive title in the CGA Women’s Mashie Championship as she and new partner Mackenzie Cohen of Metro Denver eClub cruised to a lopsided victory for the second straight day in the event.

Schaefer, who teamed with Tiffany Maurycy for the crown last year, and Cohen defeated fifth-seeded Kathy Malpass of Hiwan Golf Club and Suzy Leprino of Lakewood Country Club 5 and 4 in Tuesday’s semifinals at Thorncreek Golf Course.

Andersson and Donaldson won by a 1-up margin for the second consecutive day on Tuesday, this time over Colorado Golf Hall of Famers Janet Moore and Christie Austin of Cherry Hills Country Club, the second seeds who have won the Mashie six times together.

The championship flight is one of 11 flights being contested at this year’s Mashie, a better-ball match-play competition. All of Wednesday’s final matches for both championship and consolation brackets in each flight will be held at Todd Creek Golf Club.

The Mashie is the first CGA women’s championship of 2020. The tournament started with 84 two-person teams.