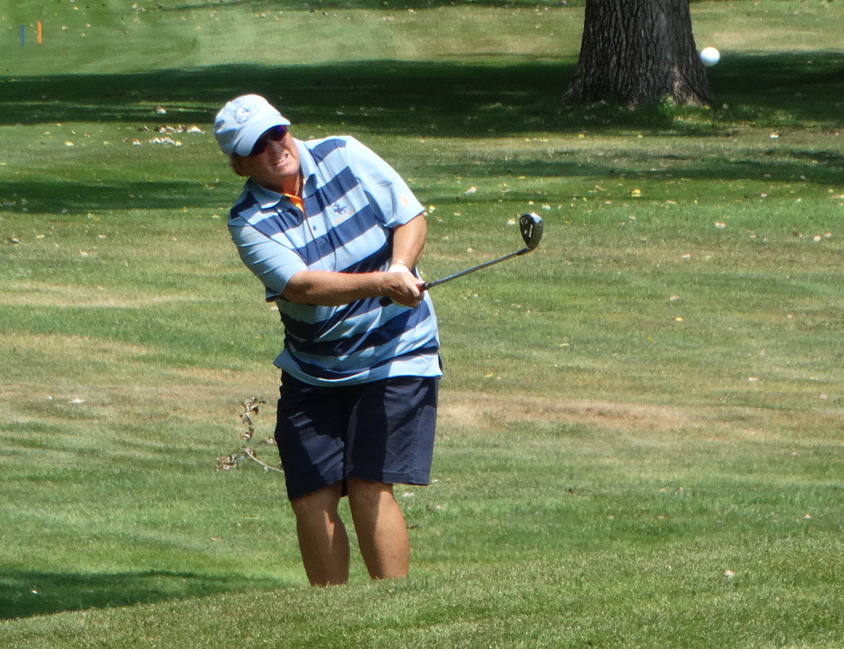 Colorado Golf Hall of Famer Kim Eaton, a five-time winner of the CGA Women’s Senior Stroke Play, took her first step toward making it a half-dozen as she shot a 2-over-par 73 on Monday to take a two-stroke lead at the halfway point of this year’s championship at the Country Club of Colorado in Colorado Springs.

Eaton, looking to set the outright record for the number of career CGA/CWGA titles with 26, eagled the par-4 16th hole and added two birdies while also carding six bogeys on Monday.

Defending champion Kristine Franklin of The Ranch Country Club, who defeated Eaton in a playoff at this event last year, sits in second place at 75 after making a birdie on the 18th hole on Monday.

Tied for third place in the championship flight at 76 are Colorado Golf Hall of Famer Janet Moore of Cherry Hills Country Club and Marilyn Hardy of Dos Rios Golf Club.

Play will conclude in the 36-hole event on Tuesday.