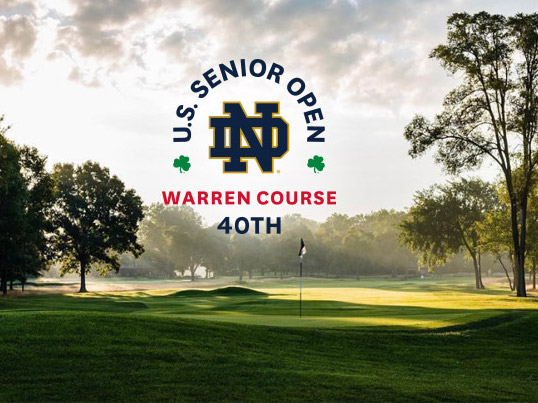 Rohrbaugh, Vlosich among those aiming for another trip to U.S. Senior Open as Valley CC hosts qualifying

This year, the U.S. Senior Open will be held out of state — June 27-30 at the Warren Golf Coure at Notre Dame in South Bend, Ind. — but the qualifying tournament remains special. After all, the USSO is arguably the most prestgious senior championship in the world.

Which brings us to this coming Tuesday (May 28), when the Colorado-based qualifier will be held at Valley Country Club in Centennial. There, 82 players will be vying for two spots in the national championship.

Among the competitors are two Coloradans who have each qualified for several U.S. Senior Opens: Ron Vlosich of Lakewood, who has played in the national event five times, and Doug Rohrbaugh of Carbondale, whose four trips to the USSO include one last year to The Broadmoor.

Other Coloradans in the field at Valley who have qualified for the U.S. Senior Open in recent years are Chris Johnson of Castle Rock (2018) and Dale Smigesky of Fort Collins (2017). Other recent USSO qualifiers entered include John Hornbeck of Saratoga, Wyo. (2016) and Steve Schneiter of Sandy, Utah, who made the Senior cut in 2015 and also qualified in 2014.