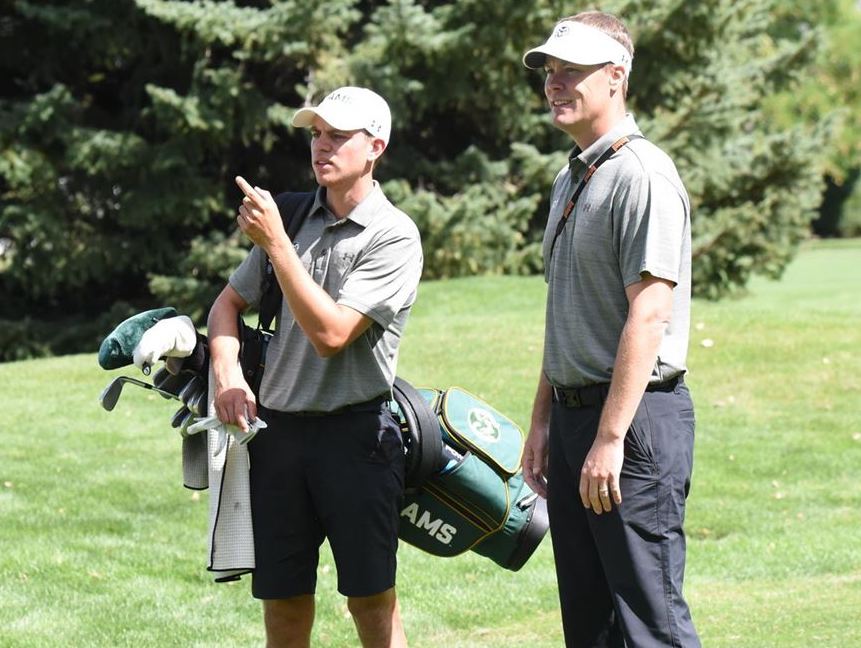 Former CGA Player of the Year AJ Ott plans to return to CSU for fifth season of college golf; Fort Collins resident was honorable-mention All-American this past year

AJ Ott of Fort Collins, the 2018 CGA Player of the Year who was the lone senior on the Colorado State University men’s golf team this past season, said on Twitter Friday that he will return for a fifth season of college golf, which the NCAA is allowing due to the novel coronavirus ending this season more than two months prematurely.

“I am very thankful for the opportunity God has given me to compete another year at Colorado State,” Ott noted on Twitter late Friday afternoon. “I hope we get the chance to compete across the country against some great teams again. And I’m looking forward to more challenges with some great teammates.”

Ott was one of the mainstays of a CSU squad that finished the season ranked between 16th and 19th nationally, depending on the poll. The Rams had captured three team titles when the NCAA halted the season in mid-March.

Ott posted three top-7 individual finishes in six college tournaments during the 2019-20 season, including a runner-up in CSU’s own Ram Masters Invitational in September. He — along with teammate Davis Bryant — was named an honorable-mention NCAA Division I All-American by the Golf Coaches Association of America.

In 2019, Ott won the prestigious Southern Amateur, qualified for his third U.S. Amateur, placed second in the Southwestern Amateur and was low amateur at the CoBank Colorado Open.