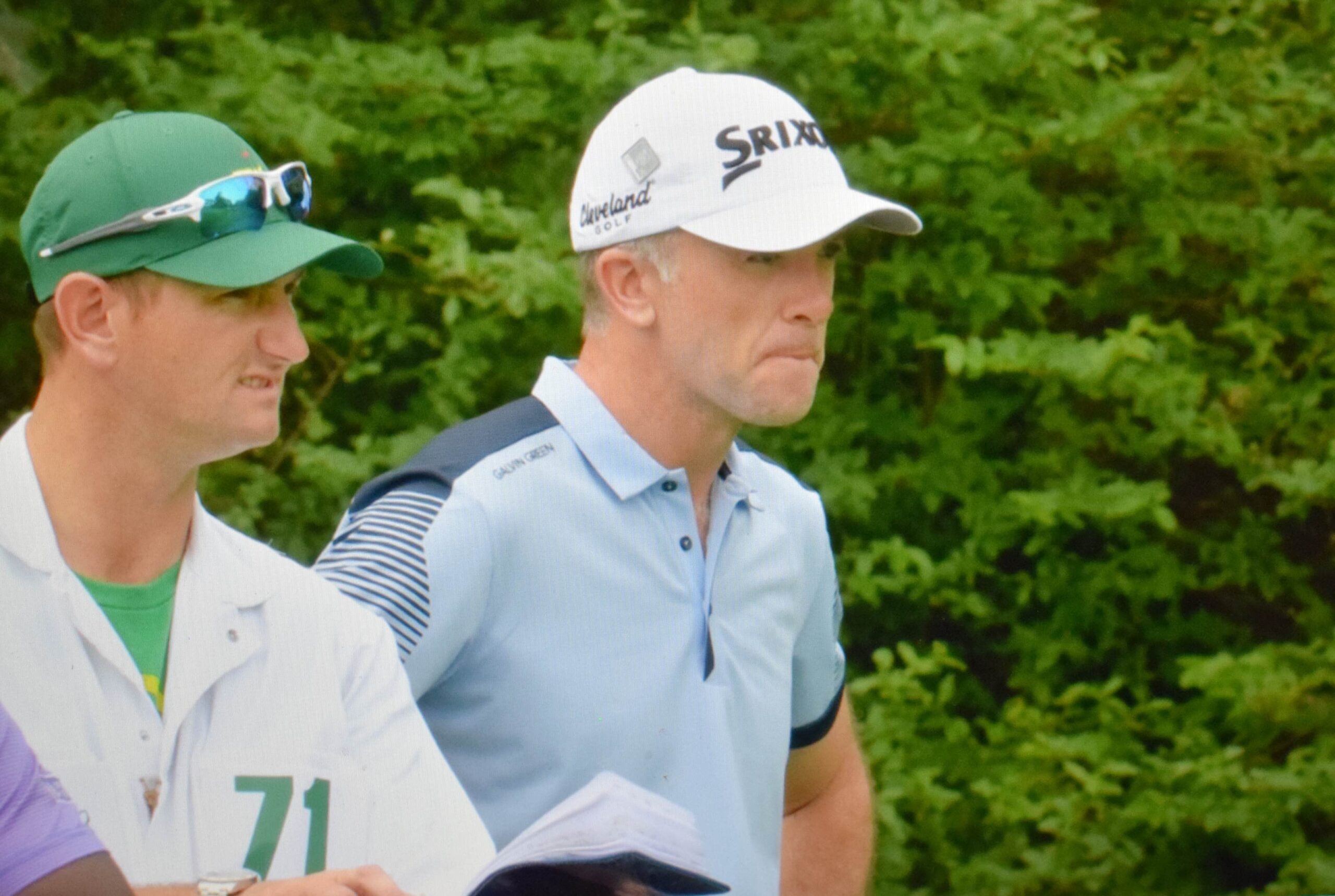 Former CSU golfer Martin Laird made the cut at the Masters for the third time.

Martin Laird will be sticking around for the weekend at the Masters for the third time in four appearances at Augusta National Golf Club.

Laird, the former Colorado State University golfer who moved to the Denver metro area last year, shot a 1-under-par 71 on Friday, marking his first under-par round at the Masters since his first appearance, in 2011.

And that was despite finishing bogey-bogey on day 2 this week.

In his first Masters appearance since 2013 — thanks to his victory at the Shriners Hospitals for Children Open in the fall — the Scotsman shares 32nd place at 1-over 145 going into the weekend. He trails leader Justin Rose by eight strokes.

“You know, to get back here obviously is great, but to play really well today …,” the 38-year-old said on Friday. “I’m a little disappointed with my finish, but up until then I played really nicely all day, and I’m looking forward to the weekend.”

Laird birdied all four par-5s on Friday, including draining a putt from 20 feet on No. 13. Then when he sank a 40-foot birdie putt on No. 16 to get to 1 under overall, he was within three of the lead.

But he three-putted No. 17, missing a 3-foot par putt. And he had to make a 10-foot bogey putt on 18 after pulling his drive into the trees and having to pitch out sideways/backward.

Laird three-putt three times overall on Friday, but No. 6 won’t count as one as his first stroke came from off the green.

Laird’s best finish in his three previous Masters appearances was 20th place in 2011.

Meanwhile, Will Zalatoris, the Masters rookie who won the Korn Ferry Tour’s TPC Colorado Championship at Heron Lakes in Berthoud last year, shares second place at 6-under-par 138. He officially one-putted every green on the back nine on Friday, though he did use putter from off the green three times.

(April 10 Update: Zalatoris remained in second place after Saturday’s third round, but a 71 put him four strokes behind Matsuyama, who fired a 65.)

Zalatoris tied for sixth place in September at the U.S. Open.

“Seventeen months ago I didn’t have (tour) status anywhere,” Zalatoris said Friday. “To be here is a childhood dream.”

For all the scores from Augusta National, where the top 50 players and ties made the cut, CLICK HERE.