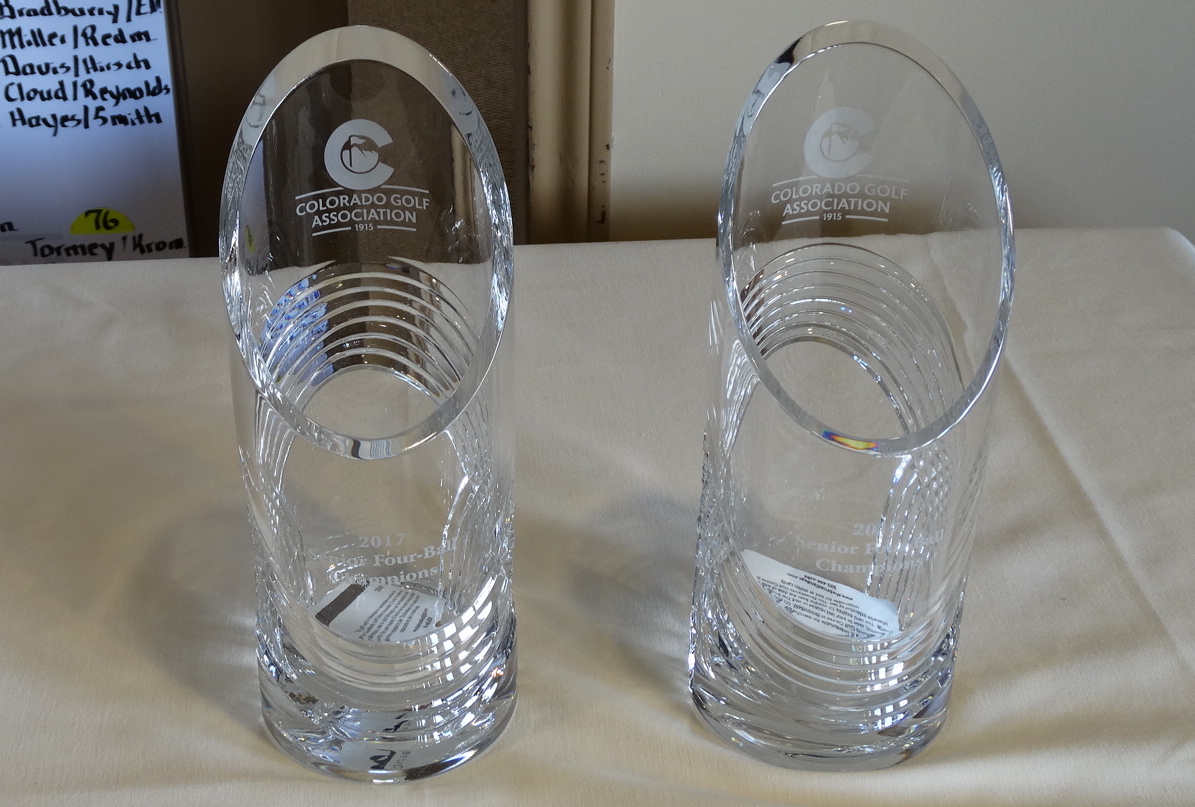 John Hornbeck and Victor Minovich recorded two of the most notable accomplishments by CGA senior golfers in 2019, so it should come as no surprise that they teamed up for the fastest start to the 2020 CGA season.

Hornbeck, a Wyoming resident who plays out of Collindale Golf eClub, and Minovich, from Foothills Golf Course, shot a 5-under-par 67 on Tuesday at Thorncreek Golf Course in Thornton to grab a one-stroke lead after the opening round of the 54-hole CGA Senior Four-Ball, the opening event of the 2020 CGA championship season.

Hornbeck has won two CGA senior majors in the past two years — the 2018 Senior Match Play and the 2019 Senior Amateur, claiming the latter title by a whopping 13 strokes. And Minovich advanced to the round of 16 at his first USGA championship, the 2019 U.S. Senior Amateur.

Hornbeck and Minovich birdied five of their last 14 holes in a bogey-free better-ball round.

Six teams share third place at 69, including 2016 and ’18 champs Robert Polk of Colorado Golf Club and Bill Fowler of The Club at Rolling Hills. Polk has won four CGA Senior Four-Balls in all. Another former champ at 69 is David Delich (who won in 2014, now with teammate and brother Chuck Delich).

The CGA Senior Four-Ball this year is limited to players 54 and older. Those teams with both golfers 64 and older also are competing in the super-senior division of the event. The Delich brothers (3-under-par 69) lead that division by two over defending champs Bob Cloud and Jim Reynolds.

The championship will continue through Thursday.