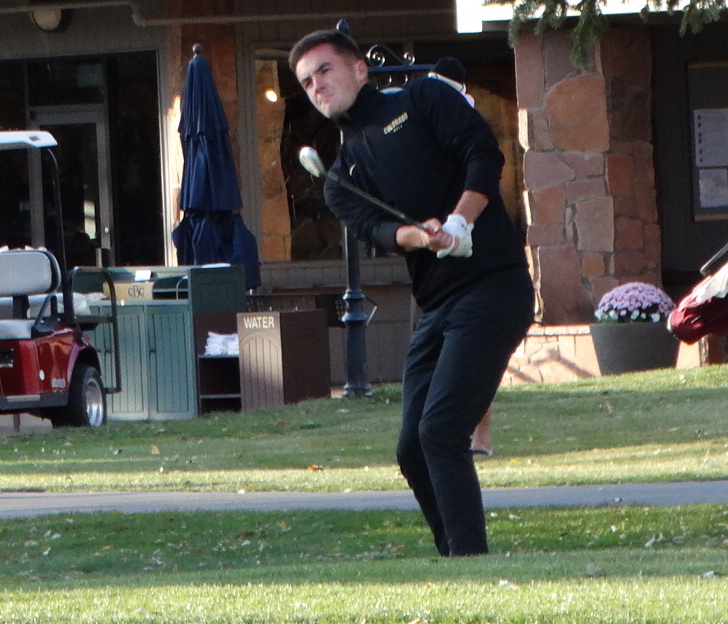 Daniel O'Loughlin led the Buffs in stroke average this past season.

All four seniors on the University of Colorado men’s golf team during the 2019-20 season will return for a fifth year of college golf competition, which the NCAA is allowing due to the novel coronavirus ending this season more than two months prematurely.

CU and coach Roy Edwards announced the news on Tuesday.

The list of senior returnees includes this past season’s stroke leader, Daniel O’Loughlin of England, plus Coloradan Ross Macdonald, Spaniard Victor Bjorlow and Floridian Andre Leveque. O’Loughlin averaged 71.65 and and tied for one individual title as a senior.

For Macdonald, it will actually be his sixth year of college golf as he redshirted in 2016-17, participating only in practice and qualifying rounds. Macdonald and Bjorlow will attempt to become just the second and third Buff men’s golfers to letter five times, joining Donald Bell, who had his college career split up by military service during World War II.

This past season, Macdonald owned a 72.52 stroke average, third-best on the team behind O’Loughlin and sophomore John Paterson (71.83).

Macdonald (strategic communications) and Bjorlow (finance and marketing) have already earned their undergraduate degrees and will be going to graduate school.

The Buffs won two team titles this past season, with both coming in the fall.