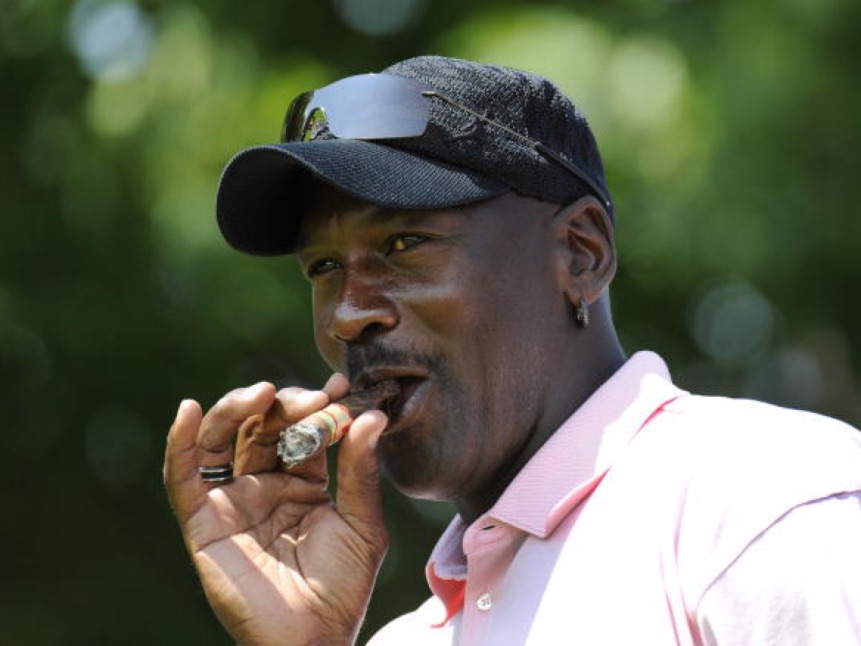 Michael Jordan, the centerpiece for this spring’s popular ‘The Last Dance’ documentary, made a memorable appearance at John Elway Celebrity Classic in Broomfield in 2002

These past couple of weekends have been interesting regarding what sports-related programming has proven very popular with TV viewers.

On May 17, the final installment of the 10-part docuseries “The Last Dance” — about Michael Jordan and the dynastic Chicago Bulls — aired on ESPN. The series proved to be the most-watched ESPN documentary ever.

Then Sunday’s “The Match: Champions for Charity” — which featured Tiger Woods and former Broncos quarterback Peyton Manning facing Phil Mickelson and Tom Brady — was the most-watched golf event in cable TV history, according to Turner Sports, which aired the event on four channels.

The popularity of The Last Dance and The Match got us thinking about past celebrity golf events in Colorado — especially one involving Jordan back in 2002.

There’s something about celebrity golf that has long captured the interest of many sports fans. Back in the day, Bing Crosby, Bob Hope, Jackie Gleason, Glen Campbell, Sammy Davis Jr., Andy Williams, Dean Martin, Danny Thomas and others hosted annual PGA Tour events, some of which drew plenty of celebs during the week.

And of course, there’s the grandaddy of celebrity golf, the nationally-televised American Century Championship held in the Lake Tahoe area each summer.

But, not so long ago, Colorado had a run of more than 25 years when it was one of the hotspots for celebrity golf. The Jerry Ford Invitational, hosted by the former U.S. President, was an annual mainstay in the Vail Valley from 1977 through ’96. It attracted some of the best golfers in the world, along with top-line celebrities. On the celebrity side, that included Clint Eastwood, Robert Wagner, Hope, Gleason, George C. Scott, Jordan, Julius Erving, Bob Knight, Davis, Campbell, Jimmy Buffet and John Denver. On the Tour pro side, there was Jack Nicklaus (the first champion), Tom Watson, Gene Sarazen, Byron Nelson, Johnny Miller, Hale Irwin, Ray Floyd, Hubert Green, Tom Weiskopf, and Craig Stadler.

And not long after the JFI went by the wayside, the John Elway Celebrity Classic picked up the slack in the Centennial State. The former Broncos quarterback hosted that event from 2000 through 2004.

The Jerry Ford Invitational and the John Elway Celebrity Classic didn’t draw live TV coverage, but should have.

In the 21st century, probably the celebrity golf event in Colorado that attracted the most attention for its sheer sports star power was the 2002 Sun Microsystems John Elway Celebrity Classic, a $275,000 tournament held at the Omni Interlocken Golf Club in Broomfield.

The reason was simple. Jordan actually played in the event in ’02 after having pulled out of the previous two Elway Celebrity Classics. And this was just a few years after Jordan was named the No. 1 North American athlete of the 20th century in ESPN’s SportsCentury series.

For the record, among those also competing in the John Elway Celebrity Classic in 2002 were Elway himself, Mario Lemieux, Johnny Bench, Charles Barkley, Mike Schmidt, Joe Theismann and Mike Eruzione.

The day before the tournament officially started, Jordan played a “celebrity-am” round in the morning at the Omni. Apparently rarin’ to go for more, Jordan — along with Ahmad Rashad, Vince Coleman and Roy Green — then quickly made their way up to Boulder Country Club, where they got in an additional 18. And, it should be noted, MJ finished his 36-hole day with a birdie on the formidable 18th hole at BCC.

The next day, June 29, Jordan played round 1 of the Elway Celebrity Classic with Elway himself and Sun Microsystems CEO Scott McNealy. Not surprisingly, Jordan rolled up to the first tee with a big cigar in his mouth as several hundred fans, numerous media types, eight security guards and a couple of armed police officers awaited his arrival.

First-tee emcee Les Shapiro, a longtime sportscaster in Colorado, had his one-liners at the ready:

— As the players walked up to first tee box: “This is something. The CEO of a great company and two former baseball players.”

— On McNealy: “This gentleman said he could be playing naked today and nobody would notice.”

Meanwhile, asked how he would rate Jordan as a golfer, Elway said something to the effect that he’s right up there.

“Up there is right,” Jordan noted with a smile, obviously referring to his golf scores.

Jordan turned out to be prophetic as he played his last seven holes of the day in 7 over par and shot a 9-over 81, one of the worst 10 scores in the field. It shouldn’t have shocked anyone that after signing his scorecard, Jordan marched in the opposite direction as the awaiting media.

Jordan, then playing for the Washington Wizards after winning six NBA titles with the Bulls during the 1990s, rebounded a bit on the second day, shooting a 75 and finishing in 52nd place. But he wouldn’t talk with the media after day 2 either.

“He gets pulled 800 different directions, so it was great of him to come out here,” Elway said of his former business partner in the failed MVP.com, along with Wayne Gretzky. “… We always have a good time (playing together). He’s as good a guy as he is an athlete.”

Like The Match held this last weekend, that 2002 Elway Celebrity Classic raised quite a bit of money for a good cause as between $700,000 and $800,000 was donated to charity.

But after two more Elway Celebrity Classics, the event ended its run after five years when it lost its title sponsor. Former Major League pitcher Rick Rhoden won the last three titles in the event. All told during its five-year run, the tournament raised $3.5 million for charity.

In honor of Barkley, who was part of the broadcast team for The Match on Sunday, we leave you with this quote from Sir Charles from the ’02 Elway Celebrity Classic, where he finished dead last, posting rounds of 98-94. Regarding playing partner Eruzione, captain of the Miracle on Ice 1980 U.S. hockey team, Barkley said, “I used to mark my ball with quarters. By the end of the round (Eruzione) had about $3.75.”