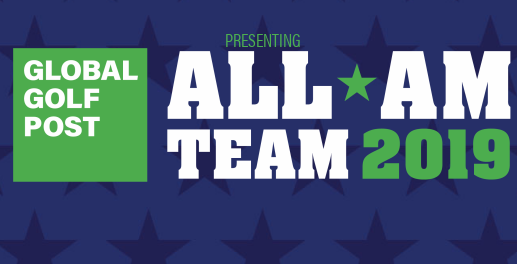 It’s been more than six months since Jennifer Kupcho last competed as an amateur, but that hasn’t stopped the amateur accolades for the Westminster resident.

The Coloradan, who just concluded a very strong rookie season on the LPGA Tour by finishing 39th on the season-long money list despite not turning pro until late spring, was named this month to Global Golf Post’s All-Women’s Amateur team.

Kupcho was one of three Coloradans included in Global Golf Post’s list of top amateurs in the world in 2019. Erin Houtsma of Denver was named to the second team in the Women’s Mid-Amateur category, while Susie Roh of Denver was among the honorable mention picks in that same category — for players 25 and older.

All told, GGP named amateur, mid-amateur and senior amateur teams for both men and women.

Kupcho is no stranger to being recognized by Global Golf Post. In fact, in the publication’s All-Amateur teams a year ago, she was named the world’s female Amateur of the Year for 2018, the season in which she won the women’s NCAA Division I individual title as a junior at Wake Forest.

This time around, Kupcho was one of 12 members of Global Golf Post’s Women’s Amateur first team, marking the third straight year she’s been a first-teamer. The 2019 honor was on the strength of her winning the inaugural Augusta National Women’s Amateur in April, when she overcame a migraine headache in the middle of the final round and played the final six holes in 5 under par. Kupcho also helped Wake Forest to a runner-up finish in the NCAA team competition, marking the best showing ever by the Demon Deacon women in that event.

Houtsma, a former pro who won the 2005 CoBank Colorado Women’s Open, was competing in her first USGA championship in 17 years at the 2019 U.S. Women’s Mid-Amateur, and she didn’t disappoint. The Coloradan beat 2009 U.S. Women’s Mid-Am champ Martha Leach in the round  of 32. Later that same day, she led Megan Buck 1 up going into the 18th hole in the Sweet 16. But Buck won the 18th and 19th holes to prevail. Also in 2019, Houtsma was a semifinalist in the CGA Women’s Match Play and finished fifth in the CGA Women’s Stroke Play.

Roh, another former pro, made the round of 32 at the U.S. Women’s Mid-Amateur before falling to 2015 national champ Lauren Greenlief. Roh needed a stellar shot on the second hole of a playoff — a 5-iron from 195 yards to 3 feet for birdie — to earn a spot in the national championship.

To view Global Golf Post’s entire list of top amateurs recognized this year, CLICK HERE. A total of 179 players from 26 countries were included on the magazine’s all-amateur teams in 2019.