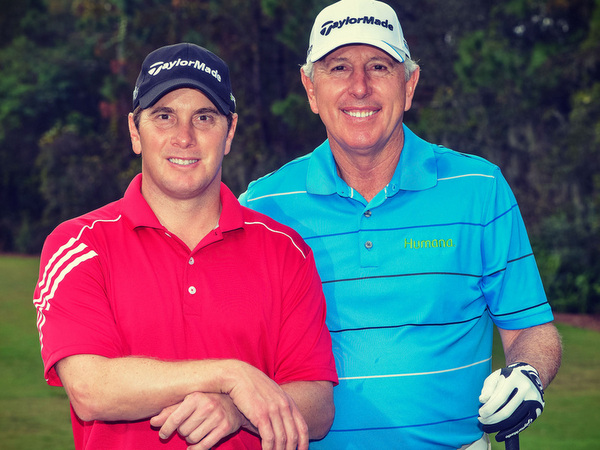 It was a fixture on the late-year calendar for Hale and Steve Irwin, almost as much as Thanksgiving and Christmas.

Each December from 1995 through 2016 — aside from a three-year hiatus in the wake of the Great Recession — the Irwins would team up for a nationally televised, feel-good event in Florida. They — along with fellow players with some of golf’s most recognizable surnames from the last half-century or so — competed in the PNC Father/Son Challenge, a 36-hole scramble tournament that was equal parts fun and competition.

In fact, Hale and Steve Irwin (pictured above) were the only team to remain intact for each of the first 19 Father/Son Challenges (1995-2008 and 2012-16). But the streak ended in 2017, when the Irwins weren’t invited for the 20th edition. At the time, it seemed like that might be the end of the line at that event for the Irwins, who won the Father/Son title in 2003 and were runners-up three times.

But from the Dept. of Never Say Never, the Irwins will return for the 22nd Father/Son this weekend after a two-year absence. Hale, a World Golf Hall of Famer who graduated from Boulder High School and the University of Colorado, and Steve, a longtime Colorado resident and also a former CU golfer, is a former CGA Les Fowler Player of the Year who has qualified for a U.S. Open and three U.S. Amateurs, are one of 20 two-person teams scheduled to tee it up at The Ritz-Carlton Golf Club Orlando at Grande Lakes on Saturday and Sunday.

And the Irwins won’t be the only team with strong Colorado ties in this weekend’s field. Also teeing it up will be Colorado residents David and Brady Duval. David Duval, a TV analyst who was once the top-ranked player in the world, teamed with stepson Nick Karavites to win the Father/Son title in 2016. In October, Brady Duval competed for Cherry Creek in the 5A boys state high school tournament.

Hale Irwin, winner of three U.S. Opens and a record 45 titles on PGA Tour Champions, is scheduled to be one of a dozen World Golf Hall of Famers in the Father/Son field, a list which also includes Jack Nicklaus, Gary Player, Lee Trevino and Annika Sorenstam. At the Father/Son, one team member must have won a major championship or The Players Championship to be eligible to compete. The professional’s partner must not currently hold a Tour card. For the entire field, CLICK HERE.

Hale Irwin hasn’t competed in an official PGA Tour Champions event since late April. Last month at The Broadmoor, the inaugural Irwin Dinner  was held, with Irwin Medals being presented to Dale Douglass and Jennifer Kupcho. The Irwin Medals recognize outstanding Colorado golfers who “exhibit competitiveness, resiliency and a proven record of winning.”