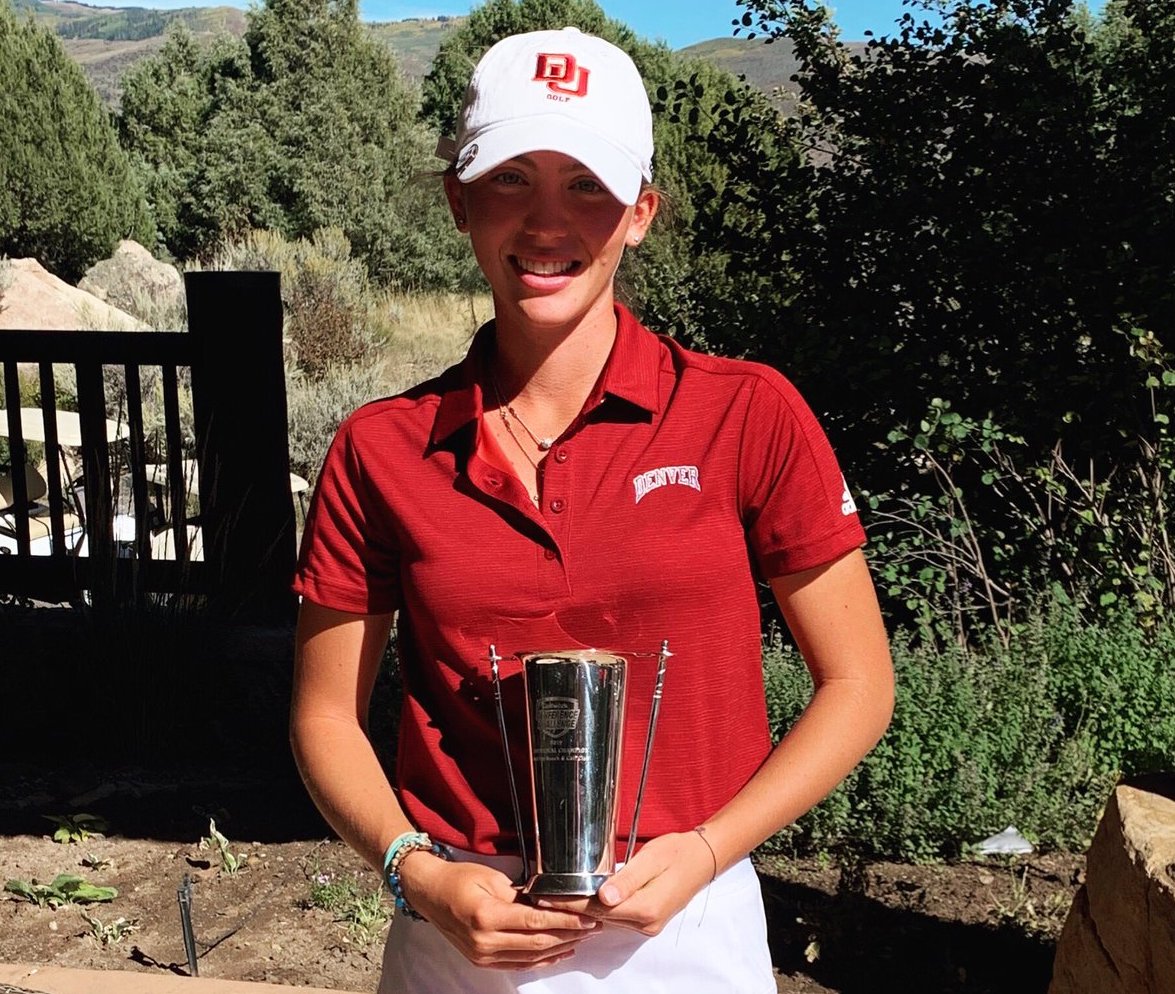 Anna Zanusso, a freshman from Italy, was competing in just her second college tournament. Usually, that would mean growing pains, but apparently not in the case of Zanusso.

Zanusso, No. 73 in the women’s World Amateur Golf Rankings, wasted little time notching the first individual victory of her young career. On Wednesday, thanks in no small part to a birdie-eagle-birdie-birdie stretch starting on the 14th hole at the Fazio Course at Red Sky Golf Club in Wolcott, Zanusso earned the title in the 96-player women’s Golfweek Conference Challenge.

Zanusso — winner of the 2018 Annika Invitational Europe and the 2018 Women’s Italian International U18 Championship — won by two in her second college start. Her 4-under-par 68 on Wednesday gave her a total of 11-under 205 for 54 holes, which was a couple better than runner-up Alexa Melton of Pepperdine.

Over the three rounds, Zanusso (pictured) made an eagle, 15 birdies and six bogeys.

Meanwhile, as a team, DU continued to thrive in the women’s Golfweek Challenge, where the Pioneers serve as co-hosts. Since Lindsay Kuhle became DU’s head coach in 2013, the Pioneers have never finished outside of the top four — and winning in 2017 — and that didn’t change this week.

On Wednesday, DU placed fourth out of 18 teams, behind only Mississippi, Pepperdine and 2018 champion UCLA. The Pioneers finished with a 4-under 860 total, ending up 11 back of team winner Ole Miss. Joining Zanusso in the top 25 individually for DU was Colorado’s own Mary Weinstein (24th place at 219) and Pioneer senior Alison Armstrong (12th place at 215), who was competing only as an individual.

For all the scores from the women’s Golfweek Challenge, CLICK HERE.