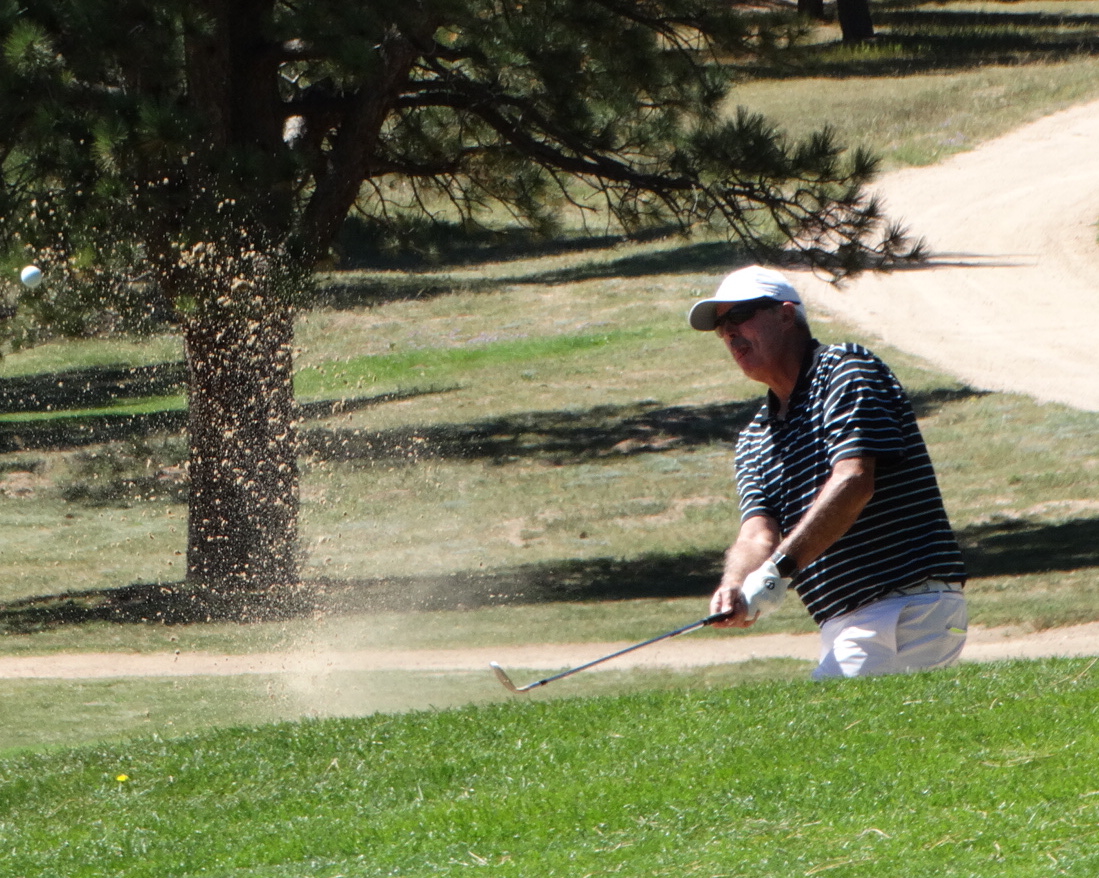 Thanks to a 10-under-par 134 total at Riverdale Dunes in Brighton, the Wyoming resident will take a six-stroke lead into Thursday’s final round of the 54-hole event.

A day after posting a 7-under-par 65 — the best score Tuesday by three strokes — Hornbeck was one of just three players to shoot in the 60s on Wednesday. He made six birdies and three bogeys in firing a 3-under 69.

Through two rounds, Hornbeck has chalked up 14 birdies.

Should Hornbeck (pictured) win on Thursday, he would complete a career sweep of the CGA’s top two senior championships as he won the CGA Senior Match Play last year.

Hornbeck, a resident of the southern Wyoming town of Saratoga, which sits about 30 miles north of the Colorado border as the crow flies — is a member of the Golf Hall of Fame in the Cowboy State. In Colorado, he’s qualified for the 2016 U.S. Senior Open, along with the 2014 and ’16 U.S. Senior Amateur. He placed fourth in the CGA Senior Amateur last year.

Keith Atkins of Highland Meadows Golf Course, the CGA’s Senior Player of the Year in 2017, remains in second place, but will need a big rally on Thursday to claim the title. Atkins was 3 under par through 13 holes in Wednesday’s round, but ended up with an even-par 72 after making a double bogey on No. 14 and a bogey on 17.

The only other play under par through two days is 2017 champion Steve Ivan of Patty Jewett Golf Course, who was runner-up in the last two CGA Senior Match Plays, including in 2018 to Hornbeck. Ivan fired a 69 on Wednesday, putting him at 142 and in third place. Ivan carded five birdies and a double bogey in round 2.

The 84-man field for the CGA Senior Amateur was cut to 42 players — those at 10-over-par 154 or better — after Thursday’s second round.