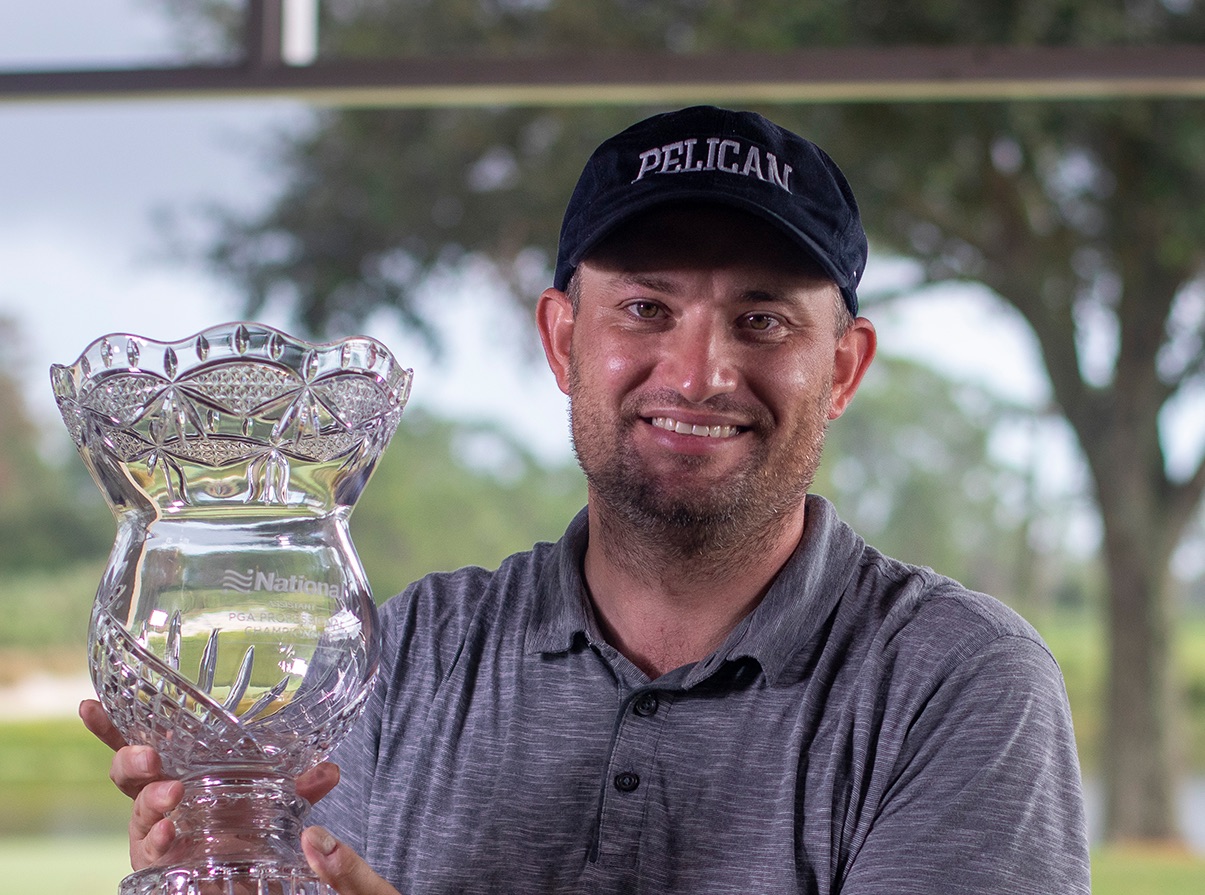 A decade ago, Gunner Wiebe recorded the defining victory of his extensive amateur career in Colorado, prevailing in the 110th CGA Match Play Championship at CommonGround Golf Course, which is owned and operated by the golf association.

Wiebe, who lived in Colorado for all of his pre-college days, on Sunday notched arguably the most prestigious win of his pro career by coming out on top out of a 132-person field at the National Car Rental Assistant PGA Professional Championship in Port St. Lucie, Fla.

“I’m super relieved,” Wiebe told PGA.com. “That’s the biggest thing I feel. I’m just relieved it’s over. I was running out of gas. I couldn’t be more excited. It’s the biggest tournament I can play in anymore. To be able to win is super special.”

Wiebe, winner of the last two Southern California Assistant PGA Professional Championships, led after rounds 2 and 3 in Port St. Lucie and took a three-stroke lead into Sunday. And an even-par 72 gave him a two-stroke victory at PGA Golf Club. The PGA Assistant pro at Bel-Air Country Club earned $12,000 for the win, which landed him a spot in the national PGA Professional Championship, set for April 25-28 in Port St. Lucie.

“I told my dad after yesterday’s 69 that I was disappointed and should’ve shot better,” Wiebe said. “The only advice he gave me was to keep doing the same thing. It was nothing groundbreaking. He could tell that I was having fun. It’s always more fun when you’re in the hunt. He could hear that I was enjoying myself this week and that’s what we talked about.

Also recording a top-10 finish on Sunday was former University of Colorado golfer Justin Bardgett. The University of Illinois men’s golf assistant coach tied for eighth despite going bogey-double bogey over his final two holes. He shot 76 to check in at 286.

Here are the scores for all the Colorado players who competed in Port St. Lucie, along with Wiebe and Bardgett:

Elsewhere on the national/international stage for players with strong Colorado connections:

— Two former University of Denver golfers — Ellie Givens and Tonje Daffinrud — each posted one of the best Ladies European Tour performances of her career on Sunday by tying for 11th place in the Aramco Saudi Ladies International in Jeddah, Saudi Arabia.

Both players finished at 3-under-par 285, seven strokes behind champion Emily Kristine Pedersen. They earned 16,312 euros each.

The Saudi finish tied for the second-best of Givens’ career, with only the 2013 Turkish Airlines Ladies Open (sixth place) being better.

As for Daffinrud, she recorded her best LET showing since June of 2019, when she placed a career-best fourth in the Ladies European Thailand Championship.

For all the scores from Saudi Arabia, CLICK HERE.