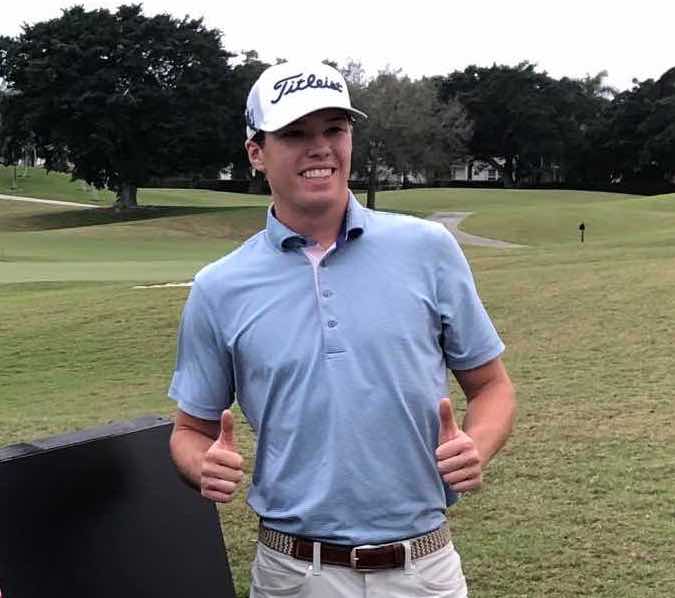 Coloradan Chris Korte fires 62 to Monday qualify for TPC Colorado Championship at Heron Lakes, which will be his Korn Ferry Tour debut

In recent years, Chris Korte of Highlands Ranch has plied his trade on PGA Tour Latinoamerica, venturing to tournaments throughout South America, Central America and the Caribbean — along with venues closer to home.

But his next stop in tour golf — one of his biggest opportunities in the game to date — will come in the friendly environs of Colorado, where he grew up, went to college and still resides.

Korte, a past winner of both the CGA Amateur and the Match Play, will make his Korn Ferry Tour debut this week after Monday qualifying for the TPC Colorado Championship at Heron Lakes in Berthoud, which begins on Thursday.

With eight spots available into the KFT event — four from Highland Meadows Golf Course in Windsor and four from Colorado National Golf Club in Erie — Korte was the lone player with strong Colorado connections to Monday qualify into the third annual TPC Colorado Championship.

The 24-year-old former University of Denver golfer shared medalist honors at Highland Meadows by firing a 9-under-par 62. He tied for the top spot out of a field of more than 100 players in Windsor with Chandler Eaton of Alpharetta, Ga., Brian Richey of Winter Park, Fla., and Mitchell Schow of Ogden, Utah.

Korte made an eagle, eight birdies and one bogey on Monday. He birdied his first four holes of the day.

About 60 percent of the field at Highland Meadows broke par on Monday. Denver Broncos kicker Brandon McManus shot an 88 at the site.

Meanwhile, at Colorado National, the qualifiers were Jonathan Brightwell of Norman, Okla. (7-under-par 65), Winton Munch of Traverse City, Mich. (65), Christian Castillo of Plano, Texas (66), along with the winner of a four-man playoff at 67, Nicolo Galletti of Scottsdale, Ariz.

Sam Saunders of Fort Collins, a grandson of Arnold Palmer, was the top Colorado finisher at Colorado National, tying for eighth place at 68.

For all the scores from the two Monday qualifying tournaments, click on the following: HIGHLAND MEADOWS, COLORADO NATIONAL.

For ticket information and other details regarding this week’s KFT event at TPC Colorado, CLICK HERE. Gates are open to the public Tuesday through Sunday.