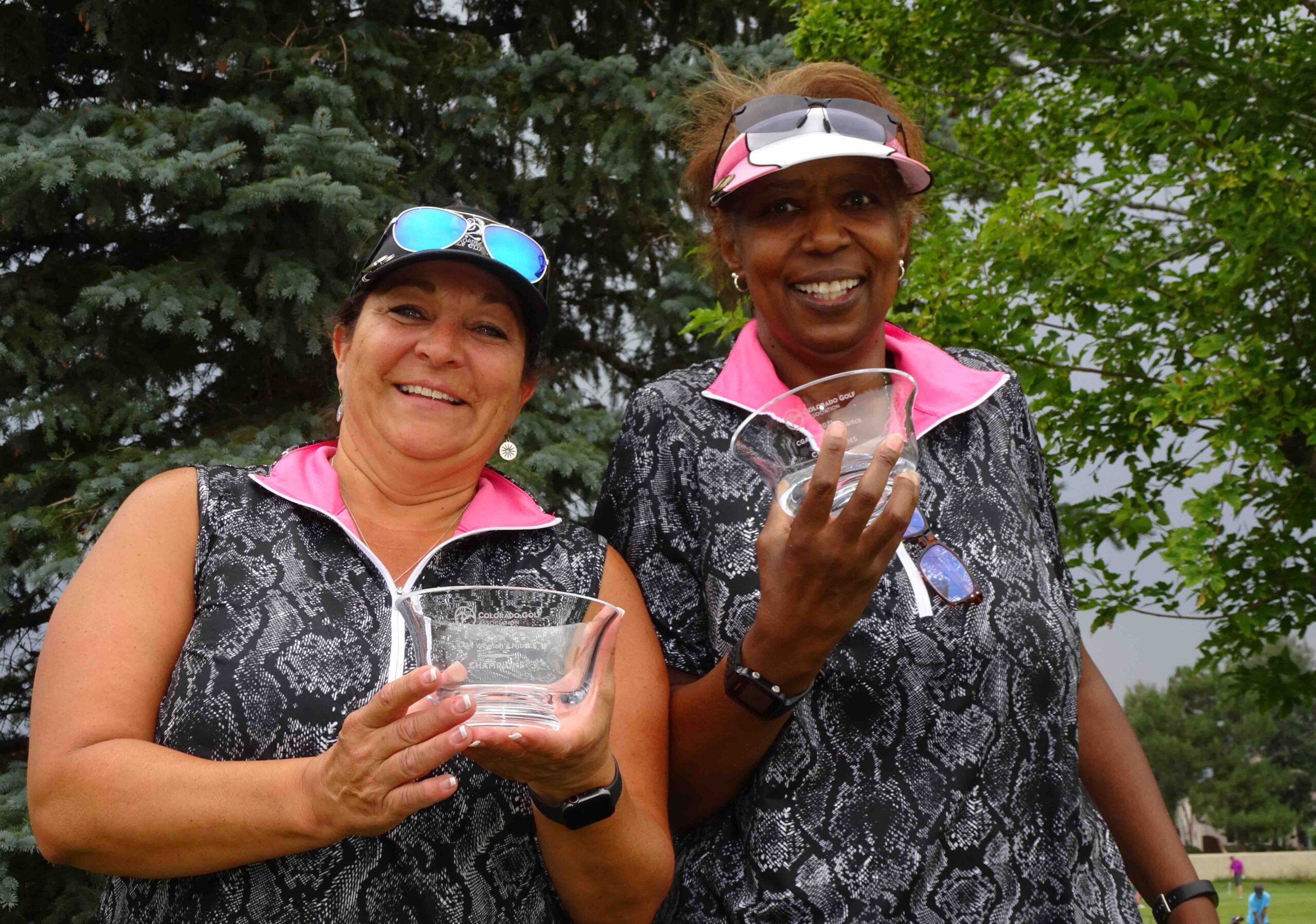 LaVerne Brookie and Toni Gill of Homestead Golf Course teamed up to fire a net 11-under-par 61 on Tuesday and claim overall low-net honors at the 16th annual CGA Women’s Niblick Tournament, a better-ball event hosted by the Coal Creek Golf Course in Louisville.

Brookie and Gill, competing in the sixth flight, racked up three net eagles and eight net birdies as a team, offset by a net bogey and a net double bogey. The three net eagles came in the course of four holes, with Gill making two and Brookie one.

In their last nine holes, Brookie and Gill went 9 under par net.

Two teams shot better-ball gross scores of 82, which were the best of the day regardless of flight. Both came from the second flight — Heidi Cies and Jeanette Paone of Overland Park Golf Course, and Van Huele and Buck.

The better-ball stroke-play event was limited to golfers with handicaps between 18 and 36. The competition was divided into six flights, with 52 two-person teams competing on Tuesday.

For all the scores — net and gross — on Tuesday, CLICK HERE.