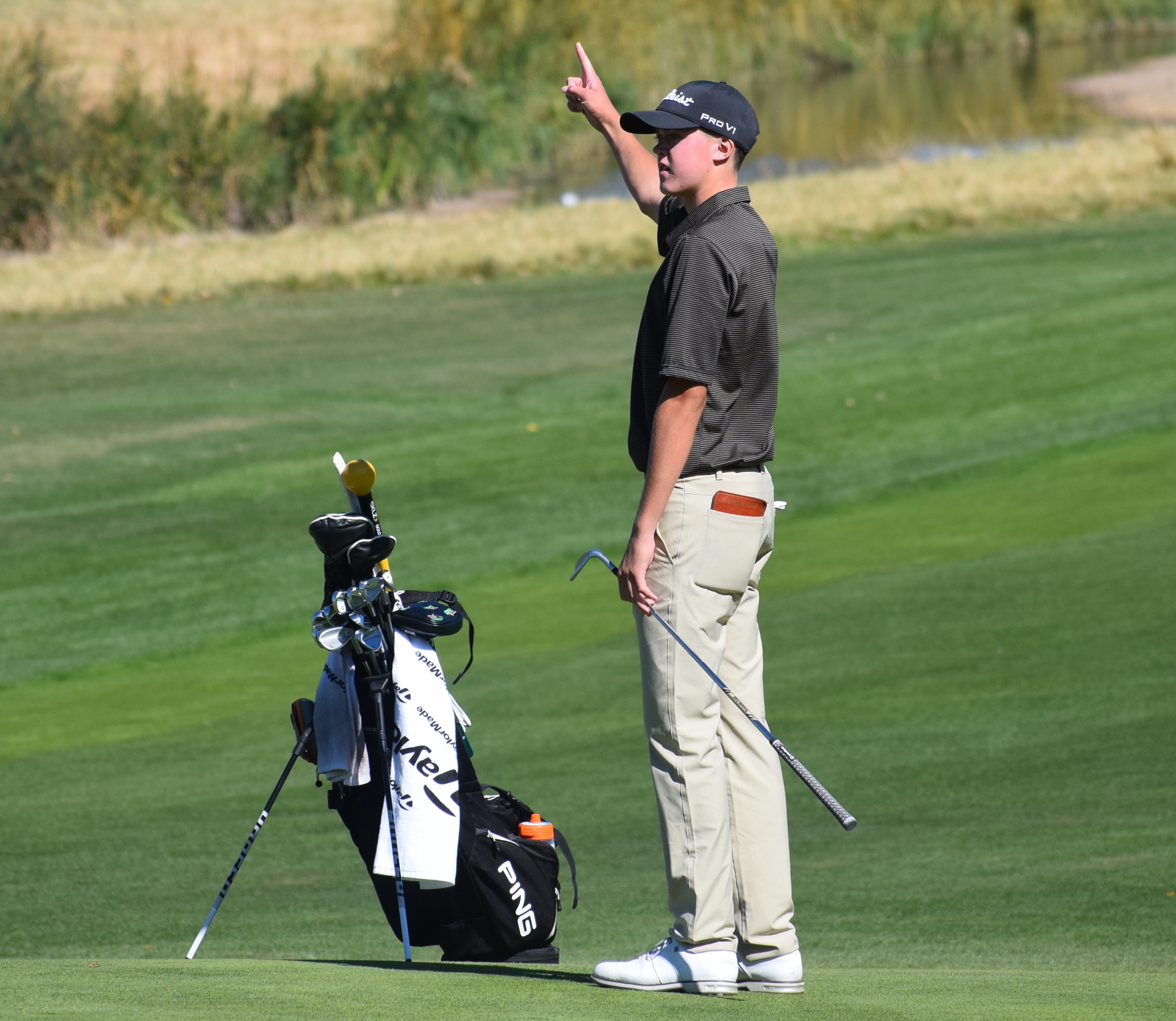 Talk about going right down to the wire: The Junior Golf Alliance of Colorado Tour points races for 2021 were basically a photo finish for both the top boys and the girls.

In other words, the competition for JGAC’s Players of the Year was ever so close.

Hunter Swanson of Denver (boys) and Kaylee Chen of Parker (girls) ended up earning the honors, but the final Tour points standings indicate how close things were. Swanson edged Matthew Wilkinson of Centennial in points, 1,320.8 to 1,300.64 on the boys side after also finishing 1-2 last year, while Chen topped Sofia Chen of Littleton, 1200 to 1,192.5.

The points standings aren’t the sole determinant of POY honors, but they are a major one, with a committee voting on the awards. The Alliance has named the Players of the Year since its debut in 2016; prior to that, the CGA and the CWGA honored the boys and girls, respectively.

When all was said and done, Swanson was named the JGAC Boys Player of the Year for the second consecutive season. Only three other boys in the 21st century have earned the honor twice: Dillon Stewart (2018 and ’19), Tyler Parsloe (2005 and ’06) and Tom Glissmeyer (2003 and ’04). Meanwhile, Chen became the fifth different Girls POY in the last five years.

Both Swanson and Chen are part of the CGA’s Hale Irwin Player Program at CommonGround Golf Course.

Below are some of the 2021 season highlights for Swanson and Chen, both in JGAC events and elsewhere. While this story focuses on the JGAC award winners for 2021, HERE’S ANOTHER ARTICLE that notes some of the overall highlights of the junior golf season in Colorado.

— Hunter Swanson of Denver, JGAC Boys Player of the Year: 2021 has proven to be a memorable year for Swanson in several respects, including the fact that he’s won the POY honor for the second straight season. He verbally committed to play his college golf at the University of Colorado, a decision he’s expected to make official next month. He finished runner-up in a playoff at The First Tee National Championship and fifth in the pro-junior portion of the PURE Insurance Championship at Pebble Beach, a PGA Tour Champions event that features selected First Tee participants. (Swanson is a member of The First Tee of Green Valley Ranch.) In addition, Swanson posted two second-place finishes in JGAC majors and another in the AJGA tournament in Montrose. He also recorded two victories in JGAC Tour events. Out of state, Swanson placed 51st out of 207 competitors in his age/gender division of the prestigious IMG Academy Junior World Championship and competed in the U.S. Junior Amateur and the Junior America’s Cup. This fall, he was named a Future Famer by the Colorado Golf Hall of Fame.

— Kaylee Chen of Parker, JGAC Girls Player of the Year: After placing second on the JGAC Tour girls points list each of the past two years, Chen came out on top in 2021. She posted two top-five finishes in AJGA events held in Colorado, placing fourth at the AJGA Junior Open at The Bridges in Montrose and fifth at the AJGA Hale Irwin Colorado Junior in Westminster. At the Girls Junior Americas Cup competition, Chen finished eighth individually out of a field of 62 to lead the Colorado contingent with a 3-under-par 210 total for three rounds. Chen was a quarterfinalist in the CGA Women’s Match Play and teamed with fellow junior Morgan Miller in placing second in U.S. Women’s Amateur Four-Ball Qualifying. In five JGAC events in 2021, the 2019 Colorado Junior Amateur champ finished in the top five in each start, including ending up third in the JGAC Tour Championship.

Here are some of the other 2021 JGAC honors and awards that were recently finalized:

MOST IMPROVED PLAYERS OF THE YEAR

AWARD OF EXCELLENCE (based on community service, character, overcoming hardship and showing spirit of the game of golf; nominations come from parents and players)

JJ Heupel of Littleton: Heupel is a very community-minded individual who started a club at his school named “Bagging for the homeless”, and there are now 50 active participants in the club. Heupel also volunteers at soup kitchens, delivers clothes on winter nights, and hands out clothes donated by TSA at DIA.

GRACE BURKE AWARD (goes to female high school seniors who exhibit character, leadership, personal integrity, and enthusiasm for the game of golf, in addition to being an Academic All-Star)