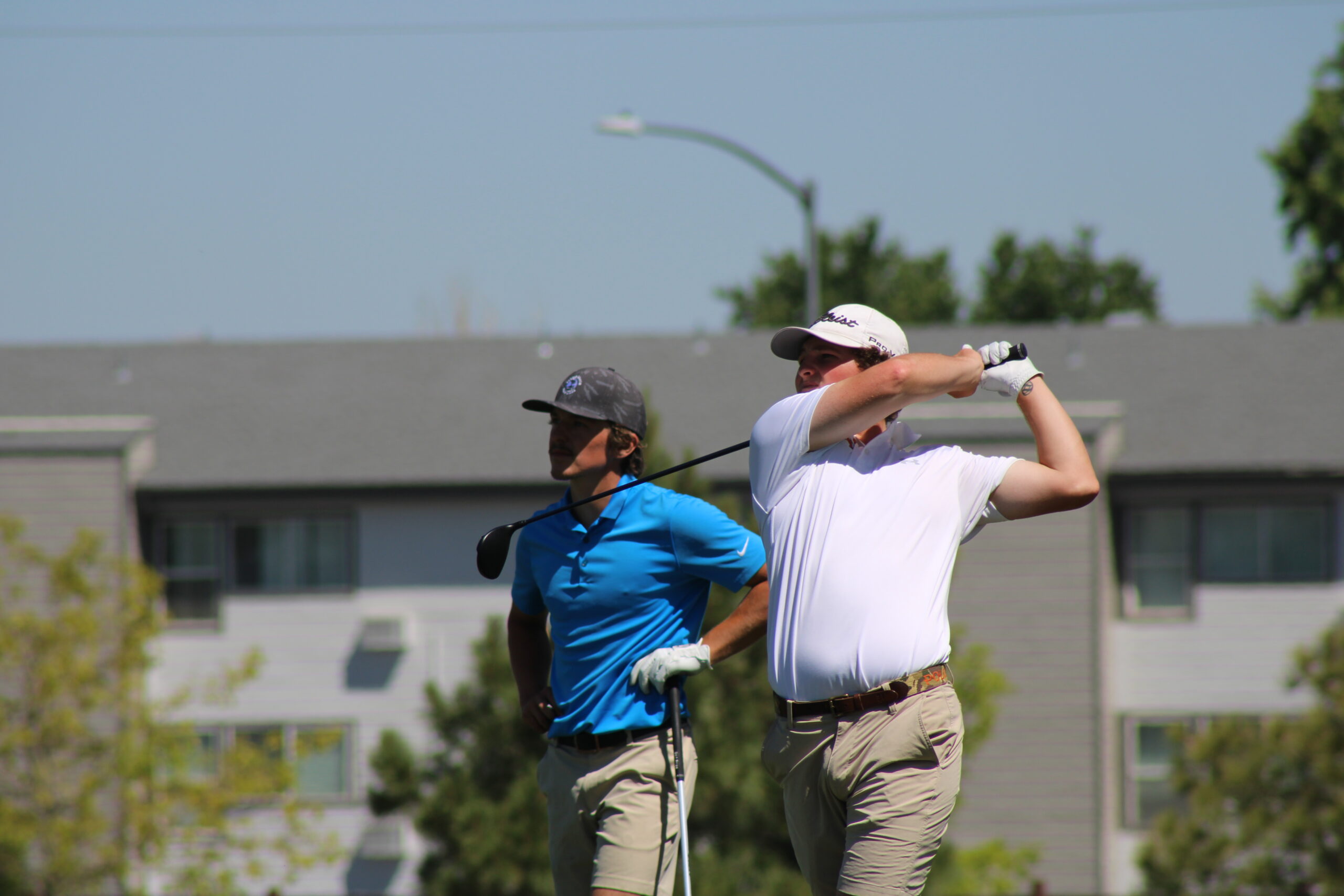 Connor Jones hits his tee shot on #10 on Thursday at CommonGround Golf Course.

After three days of matches, it’s down to the sweet 16 — eight men and eight women — at the oldest state golf championships in Colorado.

And both Cole Nygren of Lake Valley Golf Club and Leigha Devine of Ptarmigan Country Club remain in the running to accomplish something that hasn’t been done for more than three decades.

If Nygren can prevail in his next three matches, he’ll become the first back-to-back winner of the CGA Match Play since Brett Dean in 1990 and ’91.

And if Devine is victorious in the quarterfinals, semifinals and final, she’ll be the first to go back to back in the CGA Women’s Match Play since Wendy Werley in 1988 and ’89.

After three pod-play matches and the round of 16 at CommonGround Golf Course in Aurora, the men’s Match Play will move to The Broadmoor in Colorado Springs for the quarterfinals and semifinals (Friday) and the 36-hole final (Saturday).

The Women’s Match Play will follow the same schedule on Friday and Saturday after three pod-play days led directly to the quarterfinals.

Nygren, a 28-year-old former pro, went 3-0 in pod play before defeating incoming Colorado State University golfer Matthew Wilkinson of Lone Tree Golf Club, 2 and 1, in the round of 16 on Thursday afternoon. Nygren was 4 up through 12 holes, but Wilkinson won the next three with birdies. After tying 16 with a par, Nygren advanced with a winning bogey on No. 17 at CommonGround.

Thayer had built a 2-up advantage on Hagstrom on the front nine thanks in part to a hole-in-one he made with a gap wedge on the 140-yard second hole.

In the 107th Women’s Match Play, Devine won all three of her pod-play matchups, with two comfortable victories following a first-day bye. Last year, Devine swept the two CGA women’s open-age majors, the Match Play and the Stroke Play, becoming just the fourth player since 1990 to do so in a single season.

All eight quarterfinalists on the women’s side are either college players or junior golfers, with Logan Hale being the youngest of the bunch, having recently helped Erie High School to claim the 4A team title in the girls state high school tournament.