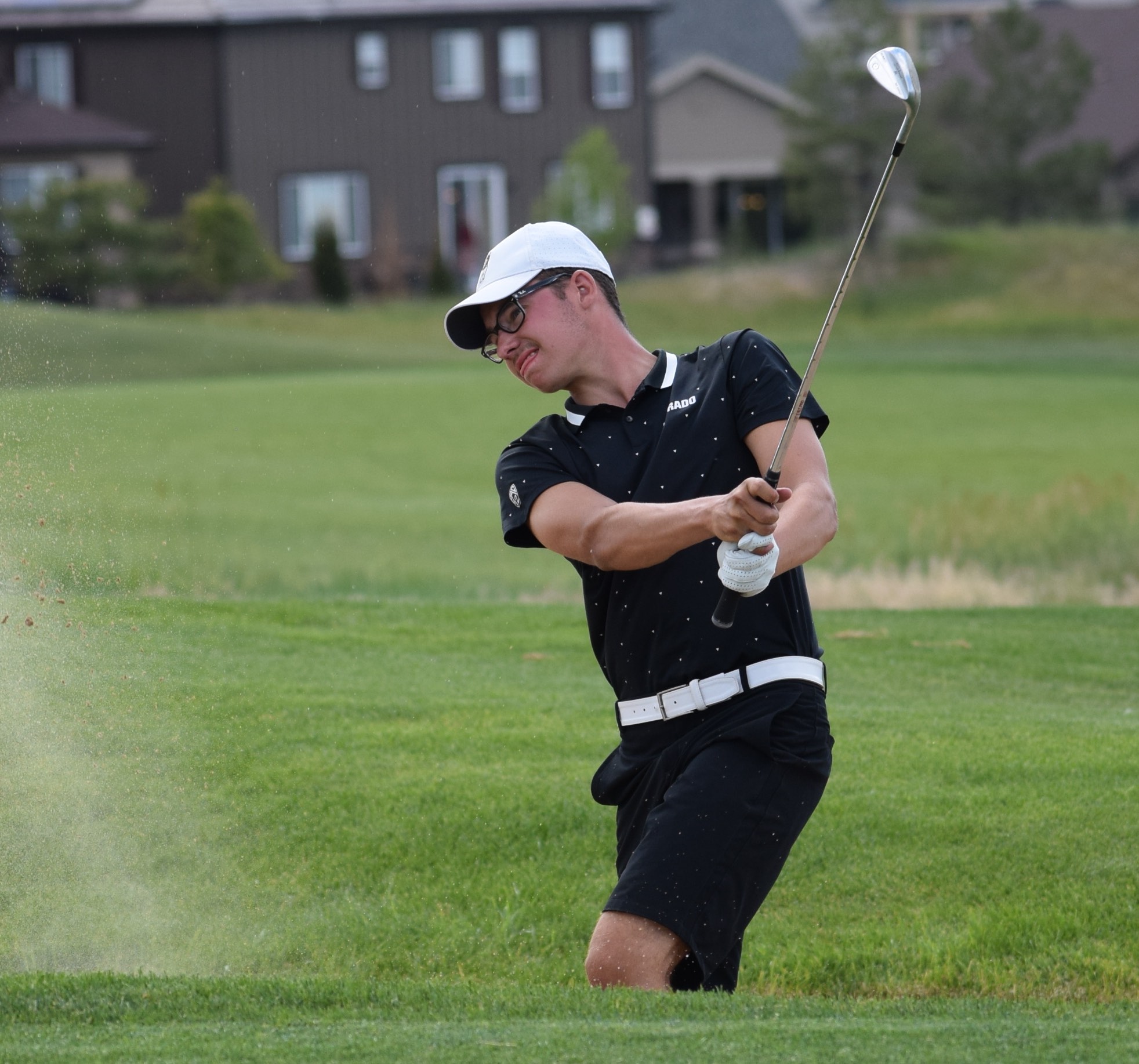 CU golfer Jack Hughes opened with a 66 on Saturday.

On a day when 10 open-division players posted sub-par rounds, University of Colorado redshirt freshman Jack Hughes of Aspen shot a 5-under 66 and grabbed a one-stroke lead after the opening round of the 38th CGA Western Chapter Championship at Tiara Rado Golf Course in Grand Junction.

Hughes, a semifinalist in the CGA Match Play in June and the winner of the 2019 AJGA Hale Irwin Colorado Junior, eagled the par-4 seventh hole and added four birdies and a bogey.

Sean Thomas of Meridian Golf Club, who made a hole-in-one last week en route to tying for fourth in the CGA Amateur, opened with a 67 and trails by one. Thomas closed round 1 with a flurry, playing his final five holes in 4 under par. For the day, he carded six birdies and two bogeys.

Joining Thomas at 67 was Denton Walker of Western Colorado Club, whose round was highlight by an eagle on the second hole to go along with four birdies and two bogeys. Xan Anderson of Hiwan Golf Club holds fourth place at 68.

Defending champion Richard Bradsby of Lakewood Country Club started with a 78 on Saturday.

In the senior division for players 54 and older, two-time CGA Senior Player of the Year David Delich of The Broadmoor Golf Club fired a 4-under-par 67 and grabbed a three-stroke lead.

Delich chalked up six birdies and two bogeys for the day.

In the women’s tournament, Emma Bryant of Green Valley Ranch Golf Club opened up a nine-stroke lead by carding a 2-under-par 69. The former 5A state high school individual champion, whose brother Davis will compete in the U.S. Amateur beginning Monday in Oregon, posted six birdies and four bogeys on Saturday. Bryant has verbally committed to play her college golf at the University of Denver beginning in 2021.

The 36-hole Western Chapter Championship will conclude on Sunday.