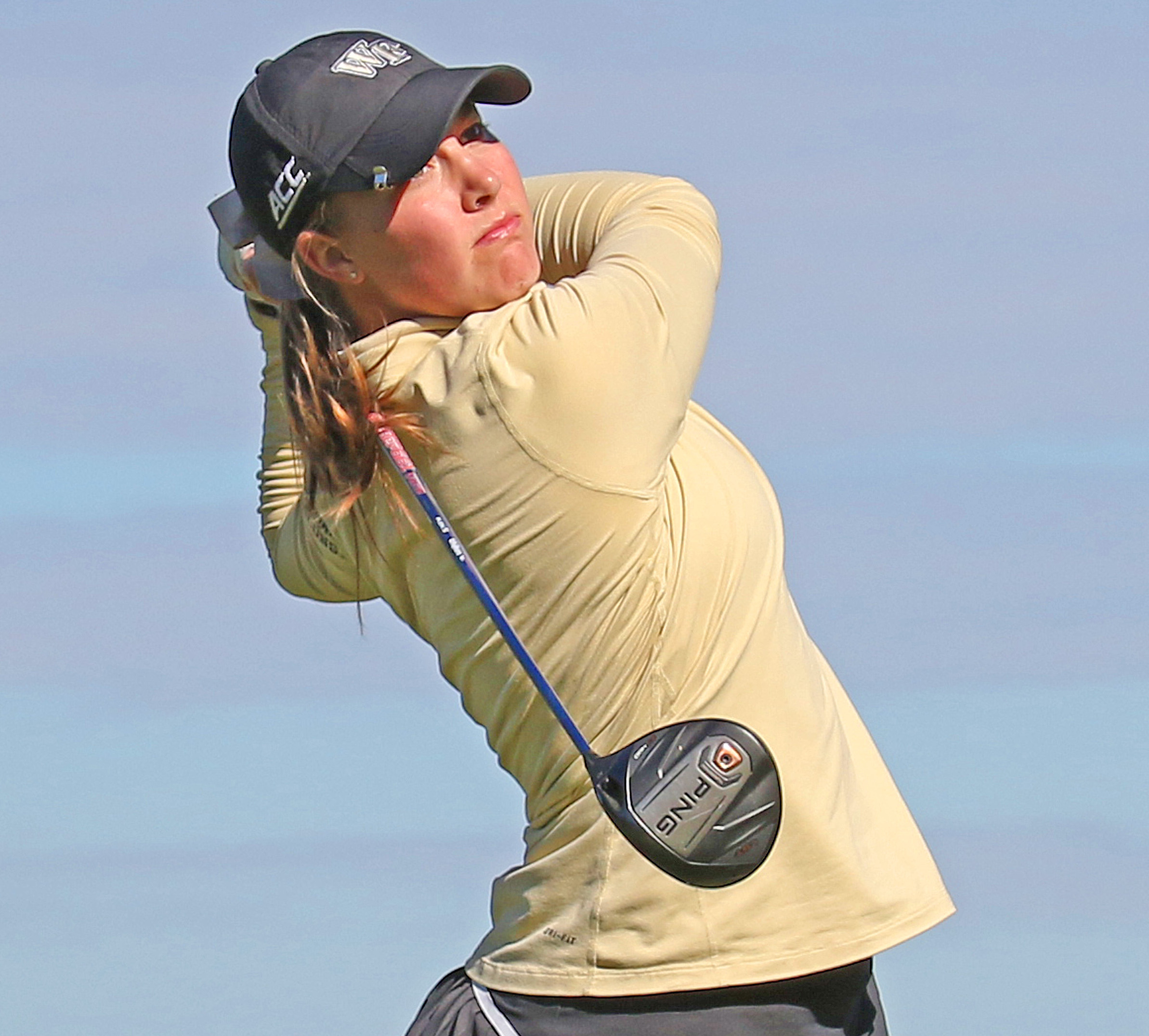 Westminster resident Jennifer Kupcho fell short of a three-peat in the women’s NCAA Regionals on Wednesday, but she will still make her fourth consecutive appearance at the NCAA Championship Finals.

Kupcho will advance along with her teammates as Wake Forest tied for second out of an 18-school field at the Norman, Okla., regional site. The top six team finishers at each regional earned spots in the national championship, set for May 17-22 in Fayetteville, Ark.

Kupcho (pictured in a photo by Ken Assmus) has had an extremely impressive run in the NCAA nationals over the years, finishing sixth, second and first individually. And she won NCAA Regional titles in 2017 and ’18.

On Wednesday, the Augusta National Women’s Amateur champion had a rough stretch run, playing her final six holes in 4 over par to tie for 15th place. The 4-over 76 she shot left her with a even-under-par 216 total.

The top six teams and top three individuals not on those teams advance to the NCAA Finals, and Hodgkins tied for fourth in the latter category, one stroke out of what would have been a playoff.

After being in sixth place entering the final round, Hodgkins bogeyed her final hole to shoot a 4-over-par 76, which left her at 3-over 219 overall. She ended up with two birdies and six bogeys on the day.

Patty Tavatanakit of UCLA claimed the individual title at 208.

— The University of Denver, making its 18th consecutive appearance at NCAA Regionals, saw its season end with a 15th-place finish Wednesday in the 18-team Opelika, Ala., tournament.

With a 45-over-par 909 total, the Pioneers ended up 49 strokes behind champion Vanderbilt, and 33 shots behind the sixth and final team that qualified for NCAA nationals.

— Oregon State, coached by Colorado native and former DU standout Dawn Shockley, narrowly missed earning a national team berth from the Cle Elum, Wash, Regional. The Beavers finished at 877, three strokes back of the sixth and final team qualifier at the site.

The Rocky Mountain Athletic Conference champions checked in at 100-over-par 952 for three rounds. Their top individual was Jolene Kam, who placed 29th at 18-over-par 231.

Meanwhile, Julia Baroth of Colorado-Colorado Springs, competing only as an individual, finished 39th at 235.