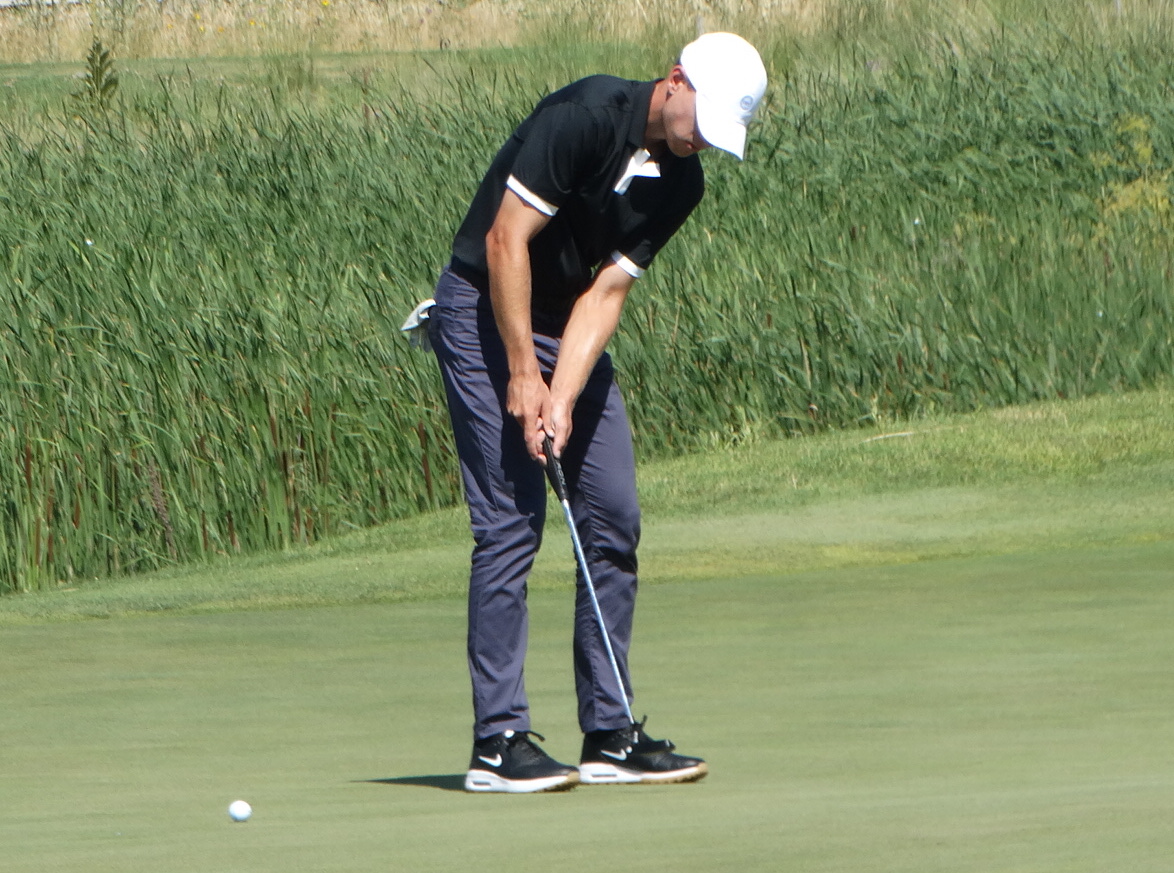 With round 2 at U.S. Amateur not yet completed, CSU’s Ott still has a shot at making match play

Two years ago at the U.S. Amateur at Riviera Country Club in Pacific Palisades, Calif., AJ Ott of Fort Collins shot 73-72 and finished a shot out of a playoff for the final match-play berths.

This week at the U.S. Amateur at Pinehurst Resort in North Carolina, Ott shot 73-72 and … his fate is to be determined. But just like two years ago, he’s very close to the bubble.

With play being suspended due to darkness at 8 p.m. (ET) on Tuesday, the 36-hole stroke-play portion of the championship wasn’t completed as scheduled on Tuesday evening. Ott, a Colorado State University senior-to-be, will have to finish in the top 64 to advance to match play. As of Tuesday night, he stood in 67th place out of the 312-man field, but 10 players ahead of him hadn’t completed their second round.

Ott (pictured) was in good shape through 35 holes, but bogeyed No. 18 at Pinehurst No. 2 on Tuesday evening to fall out of the top 64 — at least for the time being. The 2018 CGA Player of the Year, 2019 CoBank Colorado Open low-amateur and 2019 Southern Amateur champion made four birdies on Tuesday — including three in a row starting on No. 5 — to go along with six bogeys. He stands at 5-over-par 145 overall, eight strokes behind anticipated medalist Brandon Wu of Scarsdale, N.Y., and Stanford University.

Ott is the only player with major Colorado ties who has a chance of making match play. Stroke play will be completed early Wednesday morning, with match play scheduled to begin later in the day.

Here are the scores for all the U.S. Amateur competitors with strong Colorado connections: