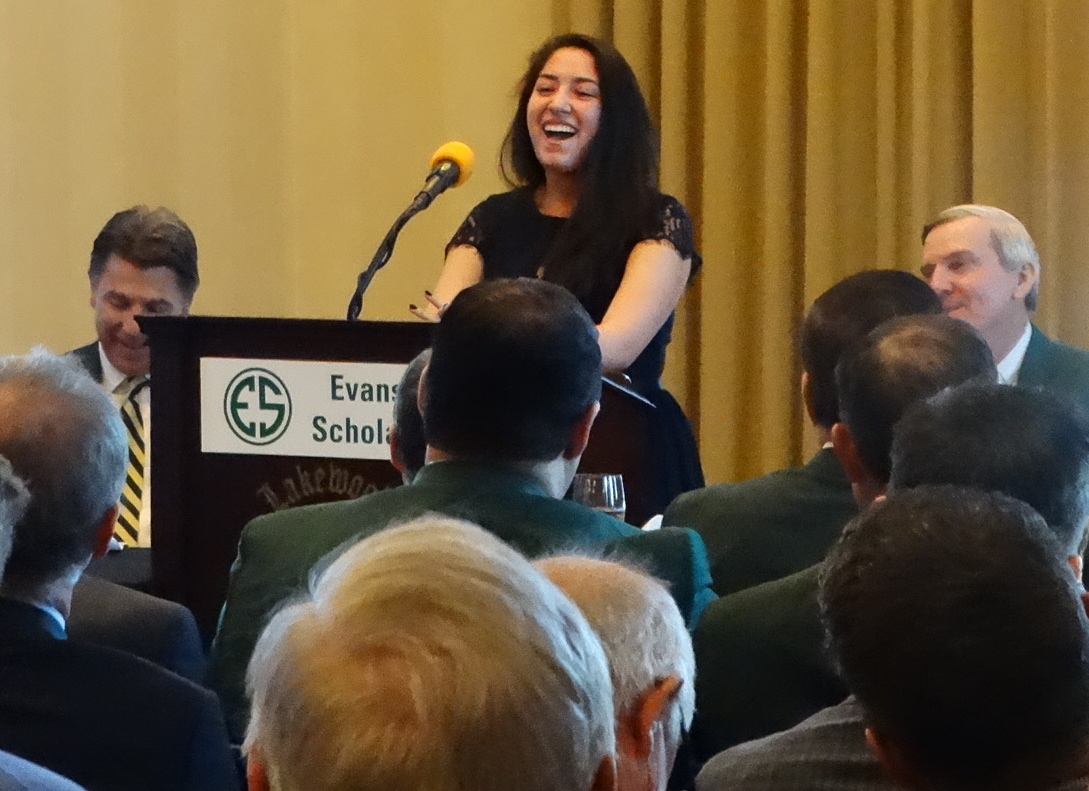 Just a few months ago, the house at 1029 Broadway in Boulder marked 50 years of being home to the University of Colorado Evans Scholars. And this week, the local chapter of the scholarship program for caddies hit a high-water mark in that half-century-plus.

When the Illinois-based Western Golf Association, which administers the scholarship nationwide, announced the 13 caddies who will become CU Evans Scholars in the fall, a school-record seven females were in the incoming class, outnumbering the newcomers on the male side (six).

The 13 were awarded the full tuition and housing Evans Scholarship at CU, estimated to be worth $120,000 if renewed for four years — though that amount varies significantly depending on the individual case.

While this class marks the largest number of incoming females for the CU Evans Scholars program, there was an earlier year when females outnumbered males in an incoming CU class — in 2005, when five women and three men were awarded the scholarship.

The WGA has long partnered with the CGA in supporting the scholarship in Colorado. The Evans Scholarship, awarded to high-achieving caddies with significant financial need, is a flagship program for the CGA. With bag-tag sales and Par Club contributions, Colorado donors fully fund the year-to-year scholarship costs at the CU Evans Scholars house.

“Each of these deserving Evans Scholars epitomizes what our program has been about since its creation in 1930,” WGA chairman Frank Morley said. “Their dedication, hard work and sacrifice is humbling, and we are honored to be able to help them pursue their dreams.”

Thirty-six Coloradans applied for the Evans Scholarship this school year.

“Caddying is the best summer job for a young person,” WGA senior vice president of education Jeff Harrison said recently. “You have a new boss every day.”

Overall, the incoming group from Colorado has averaged a 3.68 grade-point average on a 4.0 scale in high school and 139 caddie loops. In fact, three of the recipients have racked up at least 200 loops, with Michael Corrigan of Westminster having chalked up 230 over six years at Denver Country Club. Corrigan will receive a three-year scholarship as he’s currently a CU freshman. Six of the new Evans Scholars are members of the National Honor Society. Two — Quinn Hiatt and Anthony Digilarmo — are classmates at Overland High School in Aurora.

Receiving a full-tuition and housing scholarship through caddying is a potentially life-changing opportunity — one that isn’t lost on the scholarship winners.

“It completely blew my mind,” said Chloe Bowden of Castle Rock. “It’s given me dreams, given me hope.”

Added Eliannah Angel-Lucero of Aurora: “It’s probably one of the greatest gifts I’ve ever received.”

Here are the 13 new Evans Scholars from Colorado:

The Evans Scholarship was established in 1930 by Charles “Chick” Evans, winner of a U.S. Open and two U.S. Amateurs.

Nationwide, there are Evans Scholars at 18 universities, 16 of which have occupied E.S. houses, spanning from Washington to Penn State. The scholarship has produced more than 10,830 graduates, including 479 from CU since the 1960s. Approximately 985 Evans Scholars are currently enrolled across the country, and about 280 scholarships are expected to be awarded for the incoming class of 2019-20.

Over the last 89 years, the Evans Scholarship has provided more than $385 million worth of tuition and housing to caddies. The annual scholarship costs for the program run about $23 million.

Evans Scholars typically excel academically, with a cumulative college GPA of 3.3, and a 95 percent graduation rate.


Short and Sweet: About 120 people showed up to serve on the selection committee and interview the Evans Scholars finalists on Jan. 29 at Lakewood Country Club, the site of one of 20 E.S. selection meetings nationwide. Among those on hand was WGA director and state chairman Geoff “Duffy” Solich, a former Evans Scholar at CU. “This day is a very special day, one of my favorite days of the year,” Solich said. The Solich Caddie & Leadership Academy at CommonGround Golf Course is named for Duffy and his brother George, who is also a CU Evans Scholar alum. … Also among those in attendance was Lakewood Country Club member and new CGA president Janene Guzowski, along with numerous fellow WGA directors, staff and supporters; Evans Scholar alums; numerous staffers and volunteer leaders from the CGA; and some PGA head golf professionals and others from the Colorado golf industry.