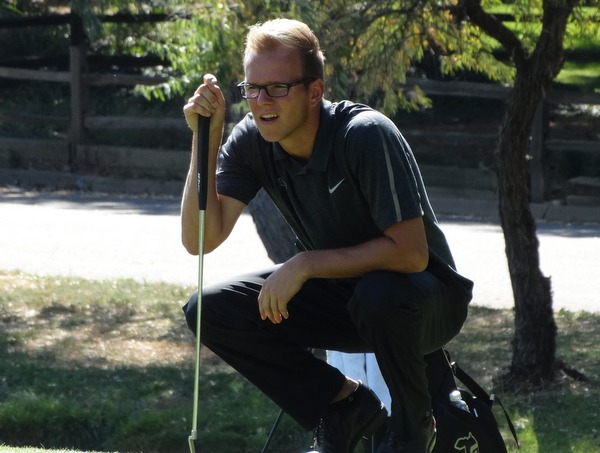 The Paul twins — Jeremy and Yannik Paul, both former University of Colorado golfers — did their best to monopolize the leaderboard on Friday in the Ken McDonald Classic, an Outlaw Tour event that concluded in Tempe, Ariz.

Jeremy Paul (pictured), who’s been on a tear of late, won the tournament with a remarkable total of 25-under-par 191 for three rounds, while Yannik finished fourth at 199.

The title was the third straight in less than a month for Jeremy Paul on the Outlaw Tour as he won one-day events on Jan. 21 and Feb. 8. He also has a ninth-place showing this year.

Elsewhere in mini-tour action this week:

— Former University of Denver golfer Chris Gilman finished third out of 31 players on Thursday in the Golden State Tour’s Moorpark (Calif.) Open. Gilman carded scores of 68-71 for a 5-under-par 139 total, which left him one stroke behind the top two finishers in the field, Jonathan Garrick and Mark Anguiano.

— On the The Cactus Tour’s Dallas Cup Series that ended Wednesday in Queen City, Ariz., former CU golfer Brittany Fan placed sixth out of 35 players. She went 72-68-66 for a 10-under 206, which left her five strokes back of winner Emily Tubert of Burbank, Calif. Fan went bogey-free in her final round and earned $760.