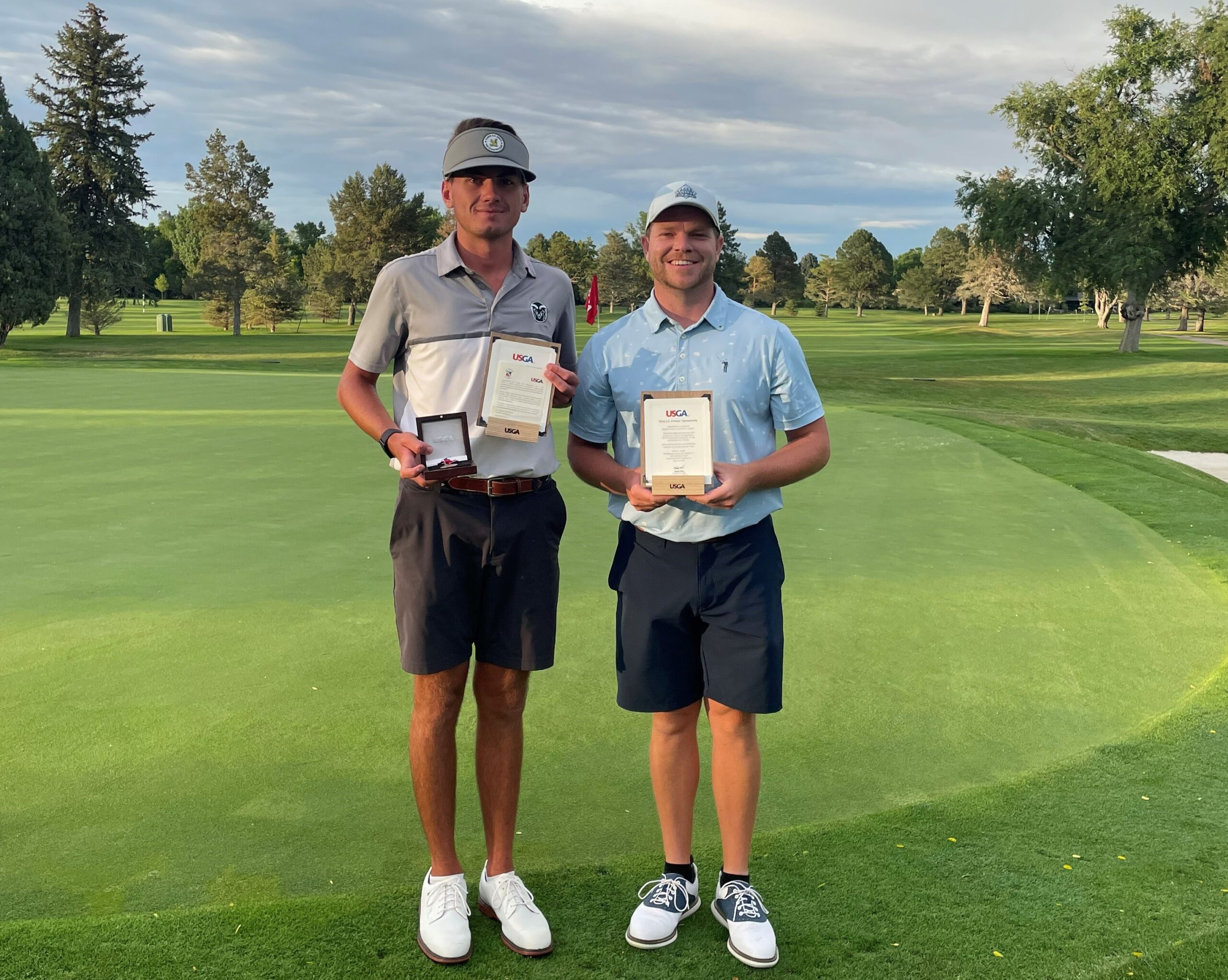 Colorado State University sophomore, Gavin Hagstrom, shot rounds of 71 and 70 for a three-under-par total of 141 at Columbine Country Club in Littleton to earn medalist honors in the 36-hole qualifying for the 2022 U.S. Amateur Championship.  The U.S. Amateur Championship is the oldest USGA championship with roots dating back to 1895.  The 2022 tournament is scheduled to be played on August 15-21 at The Ridgewood Country Club in Paramus, N.J.

Hagstrom will be joined by 2021 CGA Match Play Champion, Cole Nygren who took the second and final qualifying spot with a birdie on the first hole of a sudden-death playoff over Sam Marley of South Suburban Golf Course.  Nygren and Marley matched 36-hole totals of 1-under par on the 7,285-yard Columbine Country Club layout.

Marley’s fine play earned him the first alternate spot while Roger Nakagawa of CommonGround Golf Course earned the second alternate spot with a birdie on the first playoff hole following a 36-hole total of one-over-par 145.