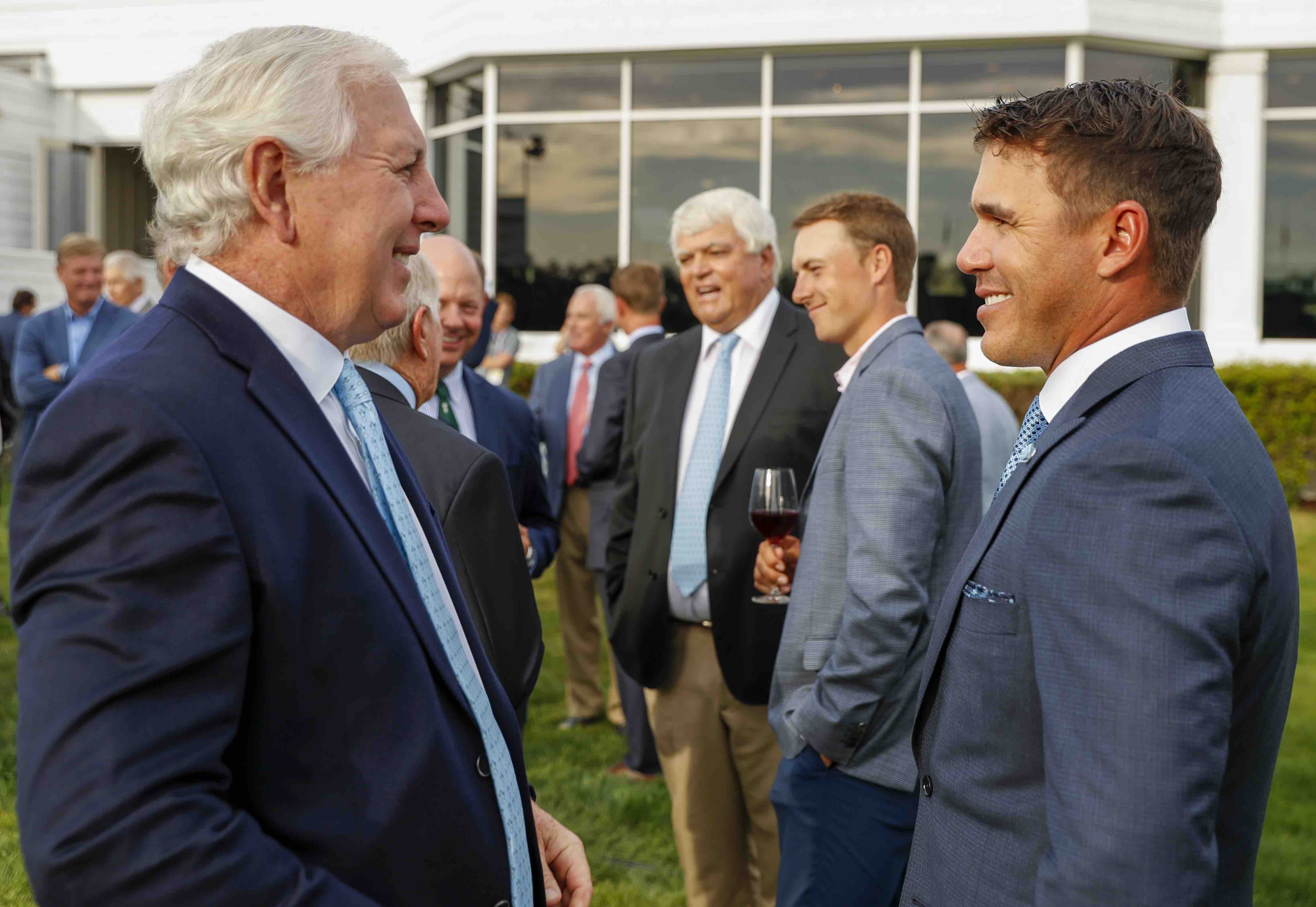 This year’s U.S. Open field doesn’t feature much of a Colorado contingent.

Really, the only player with significant Colorado ties competing at Pebble Beach Golf Links is Sam Saunders, who lived in Fort Collins from 2012 until moving back to Florida in 2016.

Saunders, the grandson of one-time Pebble Beach Golf Links co-owner Arnold Palmer, hit the first tee shot of the U.S. Open early Thursday morning. After earning a spot in the field through his performance in a 36-hole Sectional Qualifier in Ohio last week, shot a 1-over-par 72 in the opening round of his third U.S. Open. (Friday update: Saunders added a 75 in the second round and missed the cut by three strokes.)

But beyond the competition per se, there’s plenty going on at Pebble Beach this week that has a Colorado flavor sprinkled in:

— Former Colorado State University teammates Katrina Prendergast and Ellen Secor are spending much of the week at Pebble Beach as they’re being recognized for their victory in another USGA championship, the 2018 U.S. Women’s Amateur Four-Ball.

— And on Tuesday night at Pebble Beach, the USGA held its first “reunion” of U.S. Open champions since 2013. Thirty-two of the 36 living Open winners attended, including former University of Colorado golfers Hale Irwin (U.S. Open champ in 1974, ’79 and ’90) and Steve Jones (won in 1996 after going through Sectional Qualifying).

Both Irwin and Jones also count the AT&T Pebble Beach Pro-Am among their PGA Tour wins — Irwin in 1984 and Jones in 1988.

In addition, some very notable artifacts made the trip from the USGA Museum to Pebble for Tuesday’s festivities. Besides a golf ball Bobby Jones used while winning the Grand Slam in 1930 and the 1-iron Ben Hogan hit en route to his U.S. Open victory at Merion in 1950, there was the visor that Palmer tossed into the crowd behind the 18th green at Cherry Hills Country Club as he capped his comeback victory south of Denver at the 1960 U.S. Open.

By all accounts, Tuesday’s reunion event was a hit with the old champions and the new, as well as everyone else in attendance.

“I’ve heard from several of them this morning that they just had a magical dinner last night,” USGA CEO Mike Davis said on Wednesday.

Rory McIlroy, who sat at a table with Brooks Koepka and Jordan Spieth, will attest to that.

“It was really cool, just the stories that we were telling,” McIlroy said. “We must have stayed about an hour and a half after everyone else had left. We shut the place down, just chatting. It was really, really cool.

“I walked away from that dinner wishing that they did it every year. … I’m looking forward to being able to do it for years to come.”