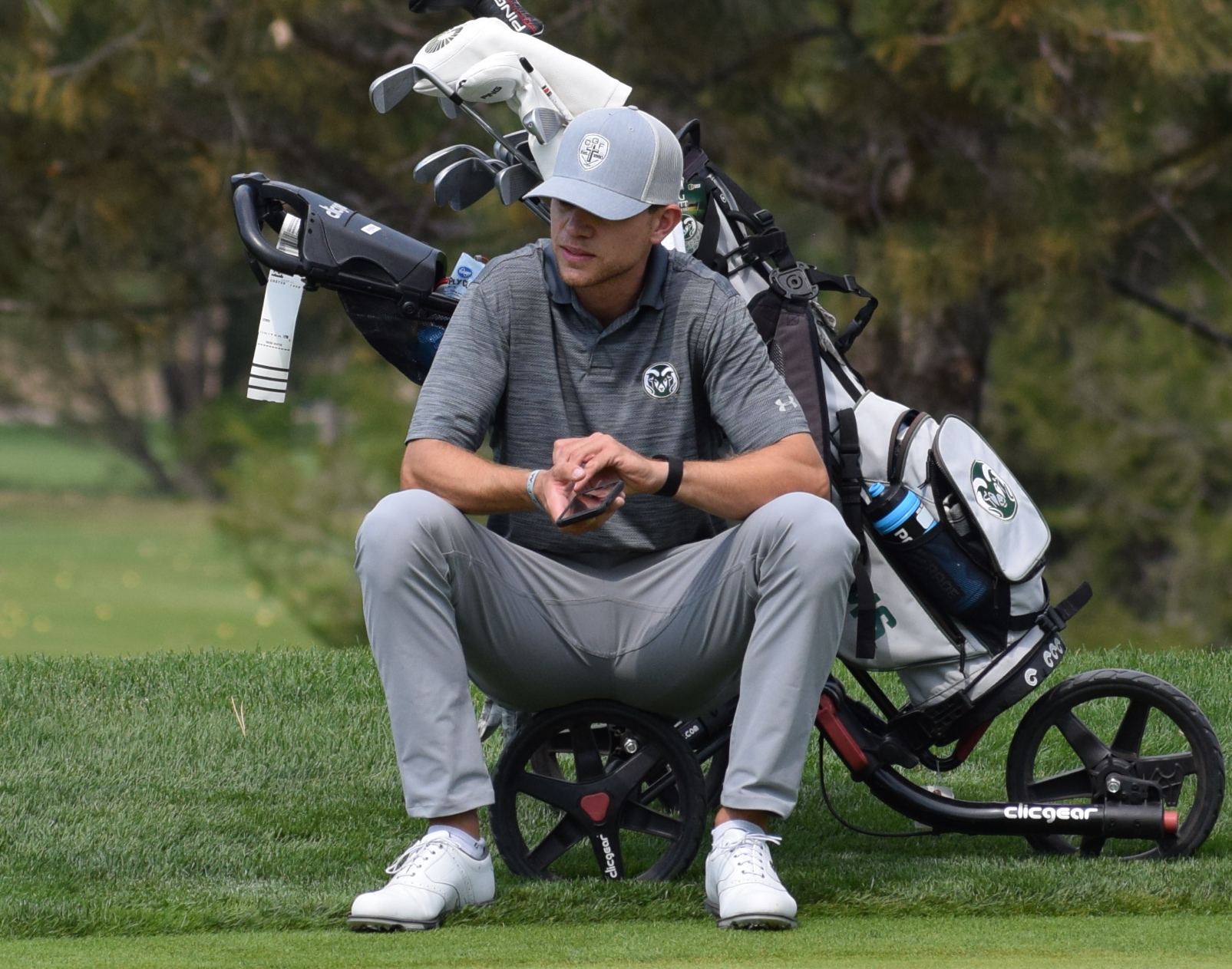 Fittingly, it closed on a high note. After a couple of tough days by his standards (81-76) at the NCAA national championships at Grayhawk Golf Club in Scottsdale, Ariz., the fifth-year senior from Colorado State rebounded with a two-birdie, two-bogey even-par 70 on Sunday. The result is that, as the first CSU golfer in a decade to compete at nationals, Ott finished in 125th place, with a 17-over-par 227 total, ending up 26 strokes behind 54-hole leader Bo Jin of Oklahoma State (67-65-69).

But that wasn’t enough for Ott to make the 54-hole cut — the top 15 teams after three days, along with the top nine individuals not on one of those teams will advance to the final round of stroke play on Monday.

Fifteen months ago, Ott thought he’d be wrapping up his college career in the late spring of 2020. But major curveballs awaited. Covid-19 safety concerns cut the 2019-20 college season short by almost three months, though that gave competitors the  possibility of an extra year of eligibility. Ott was among those who took it, but many schools, including CSU, opted not to play tournament golf in the fall of 2020.

So Ott’s final season of college golf was limited to February through May of this year. And he made the most of his limited time, starting the “spring” in stellar fashion, not only claiming his first individual college title, but winning back-to-back events. And though CSU didn’t end up qualifying a team for NCAA nationals, Ott  finished third individually at the NCAA Stillwater Regional, earning his first berth into nationals.

The college years for the former Junior Golf Alliance of Colorado Boys Player of the Year certainly have had plenty of highs, including being named the CGA Les Fowler Player of the Year in 2018 and winning the prestigious Southern Amateur in 2019. He also earned spots in four U.S. Amateurs.

And now, pro golf awaits. Ott indicated recently he plans to turn pro soon, and after tournaments this summer he’s taking aim at Q-school in the second half of the year.